2014 was one of the strangest years of my life. The publication of the book I had quietly worked on for five years changed my ambition, my career, my address and even my sense of self. I have been able to give up a nine-to-five job, look beyond the dream of seeing my work in print (to the dream of actually managing to write a second novel), buy a house, and I’ve even found that I can talk to a room of people with a fair amount of confidence.

It’s been an incredible privilege to see my book out in the world, on bookshelves in shops and libraries, in the hands of readers and critics. I’ve travelled up and down the UK taking part in book events and festivals, and it’s been wonderful to meet readers all over the country, readers with their own stories of how dementia has affected them. 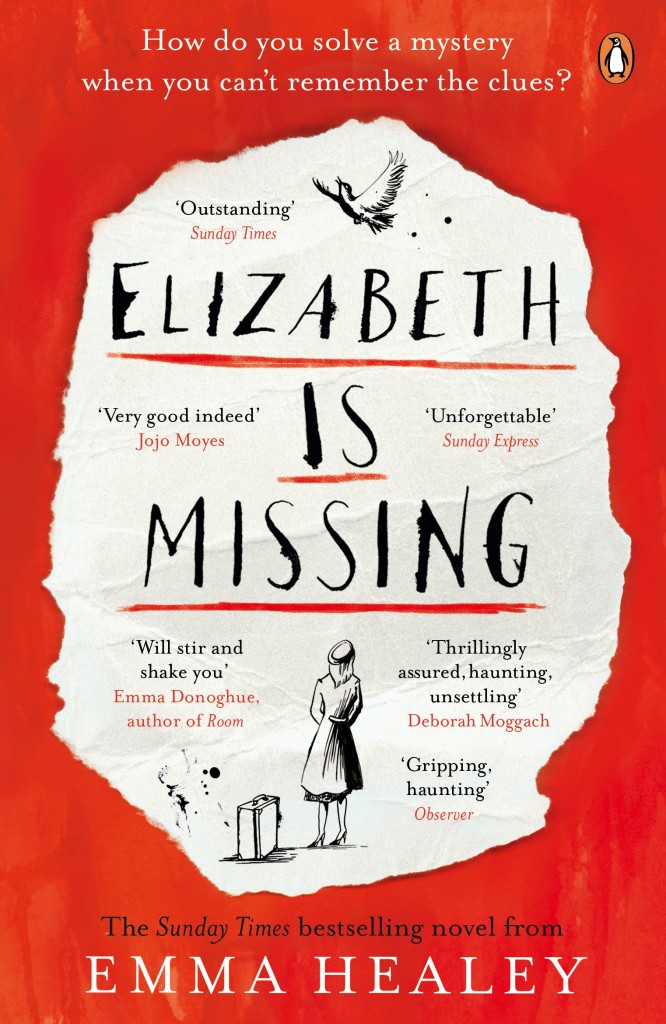 Nearly all of these stories have been heartbreaking, but they’ve also been funny, joyous and bizarre even, and the really strange thing has been how familiar each one is, to me as a relative of someone living with dementia, but also as a writer. The way people tell their stories, with puzzlement, guesswork and moments of insight, has given me a sense of how many people there are out there wanting the same thing – to understand what their loved-ones are experiencing.

When I began to write Elizabeth is Missing, nearly seven years ago now, there wasn’t so much fiction about dementia and I was looking for a way to explore the subject in a meaningful manner. To be honest, I wasn’t really thinking of other readers at that moment; it was a selfish beginning. I just wanted better ways to guess at what my grandmother (Nancy), and several other members of my family, were going through, how they might feel, what they might be thinking, why they said and did the things they did. Since beginning the book there have been quite a few big fictional stories involving dementia, and sometimes I wonder if I would have felt the need to write my own book if I was starting now.

Instead, at that time, I read medical textbooks and care manuals and histories of medicine, but I felt the answers I was looking for could only be found through imagination, from listening to and observing my grandmother and making a leap, a supposition. When, in 2007, Nancy briefly thought her friend was missing my mind raced ahead, wondering what that meant for her, how she might explain the disappearance to herself and what action she could take if no one else would help. In reality, the friend wasn’t missing and the ‘mystery’ was solved within an afternoon, but it had seemed to me an illuminating moment, and a perfect beginning for my own investigation.

Emma Healey wrote her first short story when she was four, told her teachers she was going to be a writer aged eight, but had learnt better by 12 and had decided on being a litigator (inspired entirely by the film Clueless). It took another ten years before she came back to writing. She grew up in London where she went to art college and completed her first degree in bookbinding. She then worked for two libraries, two bookshops, two art galleries and two universities, and was busily pursuing a career in the art world before writing overtook everything. She moved to Norwich in 2010 to study for the MA in Creative Writing at UEA and never moved back again.
View all posts by Emma Healey →

TREM2: Where are we now?
Linking researchers with ideal patients

3 Responses to Elizabeth is Missing