Today we’re proud to share with you the news that world-renowned Belgian scientist Prof Bart De Strooper will take the helm of the UK Dementia Research Institute (DRI), a multi-centre national Institute being created to transform the landscape of dementia research in this country.

It’s been several months since we announced our commitment of £50m towards the UK DRI as a founding charity partner – the largest single investment in research in the charity’s history. The DRI is led by the Medical Research Council (MRC), alongside Alzheimer’s Research UK and Alzheimer’s Society, in a landmark £250m endeavour to boost efforts to diagnose, treat, care for and prevent dementia.

During this time, the MRC has led a competitive international search for the very best researcher to spearhead the work of the DRI, someone with their finger on the pulse of research with an innovative and multi-disciplinary vision for the future. Today, we can tell you more about him.

Prof Bart De Strooper is current leader of the Laboratory for the Research of Neurodegenerative Diseases at the University of Leuven and Scientific Director at VIB (Vlaams Instituut voor Biotechnologie) in Belgium, but will now turn his focus to shaping the vision of the UK DRI.

Prof De Strooper has been behind key scientific discoveries in Alzheimer’s and other dementias during his career- work that’s seen him awarded with the prestigious Potamkin Prize in 2002 and the 2008 Metlife Foundation Award for Medical Research. 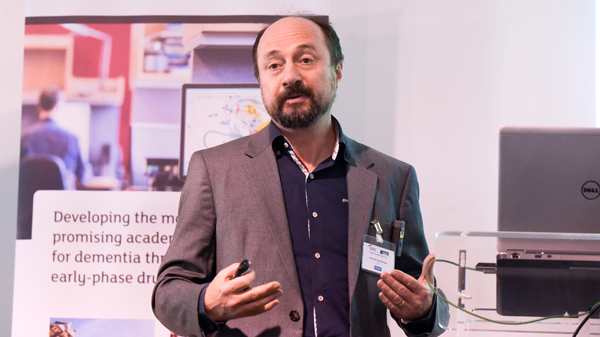 Prof De Strooper already has a good understanding of the research efforts ongoing in the UK, which will be key to enable the UK DRI to build on and enhance existing efforts in research as well as integrate existing initiatives.

He is also no stranger to Alzheimer’s Research UK, being a lead academic advisor to our UCL Drug Discovery Institute. His trained eye for spotting discoveries that could be translated towards new treatments will be real asset to ensure the UK DRI can capitalise on the promising research its teams will deliver.

“I am delighted to have been chosen to lead on a world-leading initiative with as much potential as the UK DRI. The research landscape in the UK is brimming with talent and opportunity and, thanks to the NHS, research is closely allied to patients. We have a huge amount of discovery science to do – and I want to see real surprises.”  Prof Bart De Strooper

Being part of the process

We’re really pleased that people affected by dementia were given the opportunity to play an active role in the recruitment process. Alzheimer’s Research UK supporter Shaheen Larrieux, whose mum Hosna has frontotemporal dementia, took up our invitation to join a panel of six people either with dementia, carers or former carers, to put their questions to the shortlisted candidates.

She explained to me what the experience meant to her. 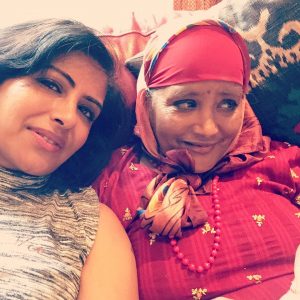 “I believe that involving patients and family members in recruiting the Director of the DRI is incredibly valuable.

“Dementia is one of greatest challenges of our time and we must find treatments and preventative measures through innovative research, but understanding how dementia affects a person will lead to more engaging and meaningful research that puts people at the heart. Dementia research must be about the person and his or her life.

“I asked Prof De Strooper questions that were very important to me, such as how to include more Black, Asian and other minority groups in research to find a cure. His answers were insightful and gave me confidence that he was plugged into the needs of the people he will ultimately be working to help – people like mum and me.”

A UK-wide approach led from the capital

We can also reveal that after a competitive application process, UCL (University College London) has been chosen as the ‘Hub’ of the UK DRI. Throughout 2017 we’ll see other centres across the UK coming on board to create a multi-centre scientific tour de force tackling a range of different dementias.

The UK DRI will provide additional funding to bolster existing ongoing research efforts in the UK and your generous donations are already helping us to support £6.3m of pioneering dementia research at UCL, including our UCL Drug Discovery Institute and our innovative Insight 46 project, following 500 members of the UK’s longest running birth cohort. Our work to unite over 2,000 researchers through our UK-wide Research Network has also shown us the appetite the exists among researchers in the UK to collaborate to go further faster – a strong starting point for the UK DRI to build on.

We are incredibly excited and optimistic about the potential of the UK DRI and look forward to working with Prof De Strooper to harness this one-in-a-lifetime opportunity. I’d like to say a huge thank you to all of our supporters, whose donations are making our involvement in the UK DRI possible.

Support us with Santa
Christmas remembered