You are here: Home > Study looking at immune system in dementia
By Catherine McKeever from Science news on 17 July 2015 2

This is a cross-post with Join Dementia Research.

SILAD (The Systemic Inflammation in dementia with Lewy bodies and Alzheimer’s Disease) is a brand new study funded by Alzheimer’s Research UK that has recently been added to Join Dementia Research.

The study is looking for people with Alzheimer’s disease, people with dementia with Lewy bodies and healthy volunteers between 50-100 years old.

This study is looking to find out whether the immune system is altered in dementia with Lewy bodies compared to Alzheimer’s disease and healthy volunteers. If a difference is found, diagnostic accuracy may be able to be improved and also potentially help new treatments for dementia with Lewy bodies be developed that dampen down the immune response.

We caught up with the Study Coordinator, Dr Jay Amin, to find out more. 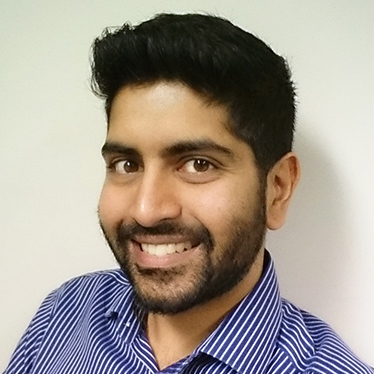 What are the main aims of the study?

The main aim of the study is to investigate the role of the immune system in dementia with Lewy bodies (DLB). We want to find out whether the immune system is altered in DLB compared to Alzheimer’s disease (AD) and normal aged controls.

What does it involve for a participant?

Participants will first be invited to review our patient information leaflet to consider whether they would like to take part in the study. If they are interested, we would organise a one-off visit to Moorgreen Hospital. During this visit we would answer any questions they have and consent them to take part in the study. We carry out various assessments of memory with the participant. Participants with either DLB or AD will require a study partner to come along and also help with answering some questions. Finally, a blood test is taken. The whole visit takes between 1 and 3 hours.

What do you hope the outcomes of the study will be?

We still know very little about why people get Alzheimer’s disease, and even less about dementia with Lewy bodies. If we identify changes in the immune system, we might then be in a position to help develop a way of making a more accurate diagnosis. An accurate diagnosis is really important because it can help us to provide more tailored medical care to people, but it can also help with clinical trials. When you’re trialling a new treatment, you need to know you’re testing it in the right group of people.

Where is the study based?

Why is dementia research important now?

Dementia is going to be a massive public health issue over the next few decades. The only thing we can do to defeat these terrible diseases is to do more research into why people get them and develop treatments that target those causes.

How did you come to be interested in dementia research?

The clinical side came first for me. I was really struck by how devastating the condition is, not only for people with dementia, but also for their families. It’s becoming more apparent that we’re going to have a lot more people with dementia in the future, and if we can do something about it, that will have far reaching benefits.

You can read more about Dr Jay Amin and his work funded by Alzheimer’s Research UK on our project pages.

You can also read more about the study on the Southern Health NHS Foundation Trust website.

Scientist Focus: Pablo Garcia Reitboeck
Is there a joined-up approach to solve the global issue of dementia?

2 Responses to Study looking at immune system in dementia