You are here: Home > Scientist focus – Stuart Pickering-Brown
By Louise Walker from Science News on 12 August 2014 0

During the Alzheimer’s Show in Trafford, I caught up with Manchester-based dementia geneticist Stuart Pickering-Brown, to find out more about his research and what makes him tick, both inside and outside the lab. 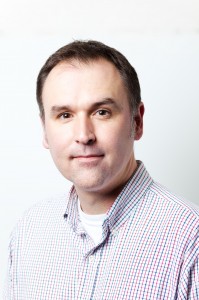 Stuart Pickering-Brown, Professor of Neurogenetics at the University of Manchester

I’ve spent most of career in Manchester, where I was awarded my PhD. Since then I’ve moved around a bit, taking a lectureship at King’s College London and then becoming an Assistant Professor at the Mayo Clinic in Jacksonville, Florida. Then I returned to Manchester where I completed a couple of research Fellowships that led onto my current role as Professor of Neurogenetics. I have concentrated on a rare form of dementia, called frontotemporal dementia (FTD) for my entire career.

How are you involved with the work of Alzheimer’s Research UK?

I have been a member of their Scientific Advisory Board since 2009, and am about to take over as Chair. I also attend their conference – I’m still in trouble for using the wrong logo at the conference in Oxford!

I have been involved in every major gene discovery that has been made for FTD, including tau and C9orf72. I’d say my ultimate highlight was realising that C9orf72 was a common cause of FTD and motor neurone disease. This reignited interest in the study of frontotemporal dementia and gave us a greater understanding of how changes to the same gene can affect people in different ways.

You need to be dedicated and bloody-minded. However, don’t spend your time worrying about your competition; focus on your own experiments. Recently there have been unbelievable developments in technology, allowing us to do experiments that we could never do before, such as the huge genetic studies which have allowed us to identify most of the FTD-related genes. The development of the reprogrammable stem cells which won the 2012 Nobel Prize in Physiology or Medicine, just blows me away! Being able to take cells from a patient and re-programme them into any cell you require is amazing!

Dementia is an epidemic – if we don’t develop effective treatments and cures for it, we will bankrupt the NHS.

What do you like most about the University and environment that you work in? 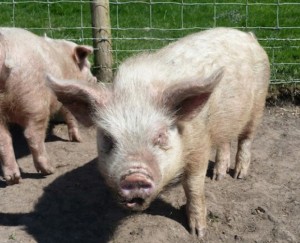 I’m married with two children, but neither of my children is particularly interested in being scientists, they prefer playing Minecraft! However, my daughter has the makings of an excellent entymologist, and loves to be in the garden finding frogs. I am also an occasional pig farmer – my friend has a small farm and once a year we raise rare breed pigs such as Middlewhites and Gloucester Old-Spot/Tamworth crosses. We live in the Peak District, in beautiful Buxton, which has such fantastic countryside to explore. I also like to cook – I will cook everything – and make my own prosciutto from the pigs.

I’d have to say my family. And iPhone.