You are here: Home > The Dementia Consortium
By Dr Emma O'Brien from Science news on 19 June 2015 1

We’re pleased to announce the first project to be funded by the £3 million Dementia Consortium, a unique charity-industry collaboration between Alzheimer’s Research UK, MRC Technology and the pharmaceutical companies Eisai and Lilly. The Dementia Consortium was set up to fund target validation – an important step on the road from laboratory to treatments in the clinic. Let’s take a look at the new research getting underway at the University of Southampton, where scientists are tackling inflammation head on in the quest for new treatments.

What is target validation?

Target validation is a crucial step in the drug discovery process. As we unravel more about Alzheimer’s and other causes of dementia, it is clear that there are a huge number of proteins and molecular events associated with these diseases. 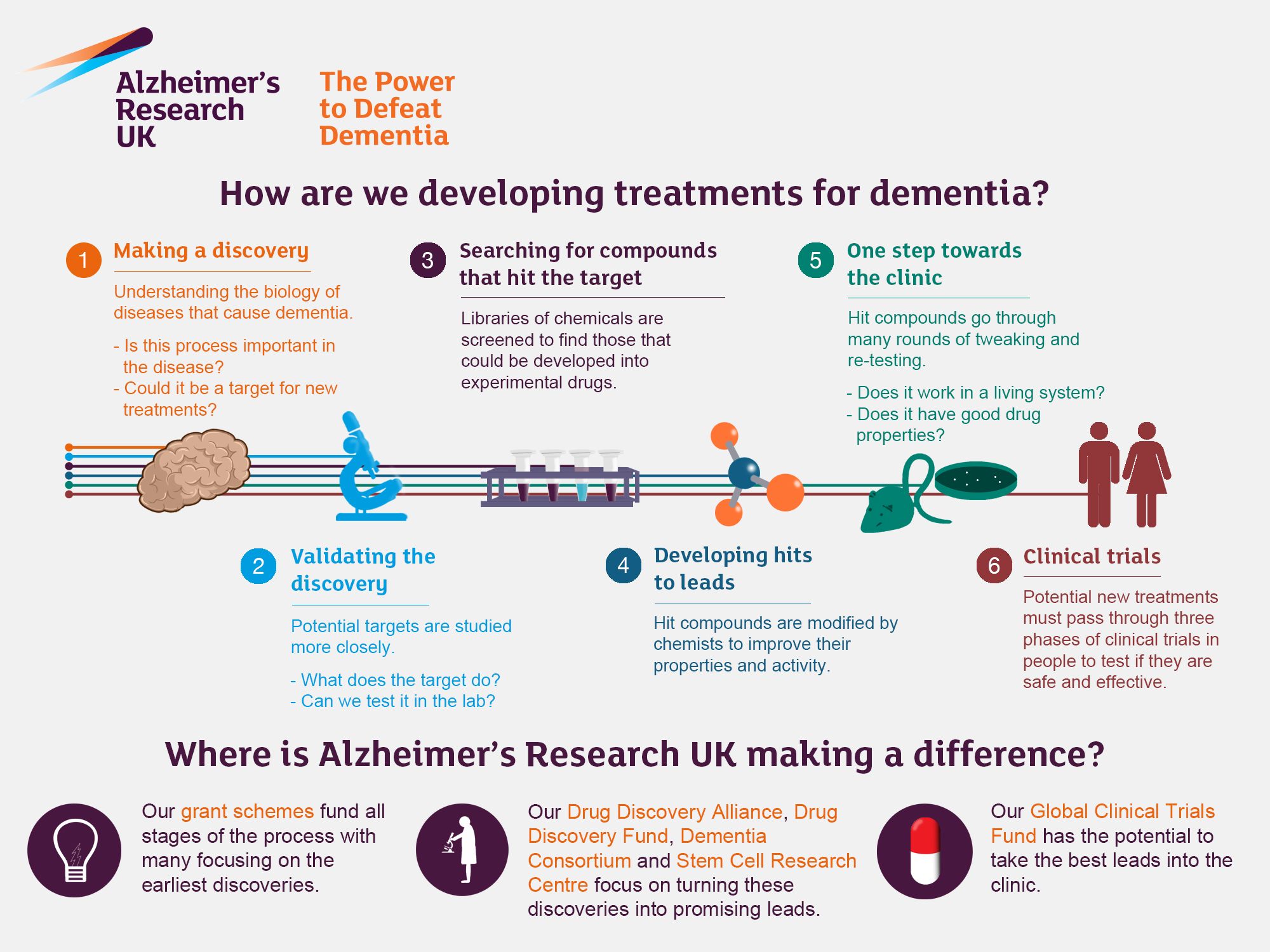 Our plan for developing dementia treatments (click to enlarge)

But that doesn’t mean that targeting each of these with a drug would be of benefit to those with dementia. For example, some proteins might only play a minor role in disease, and so a drug targeting that protein would do little to halt the nerve cell death that causes dementia. Or a protein may play a critical role in a disease, but blocking it also wipes out lots of other functions, doing more harm than good and causing nasty side effects. So, before researchers can even think of producing drugs, a potential drug target must go through a validation process; its role in the disease must be clearly defined and the consequences of blocking (or boosting) its action must be well mapped out. This way, scientists can weed out red herrings. 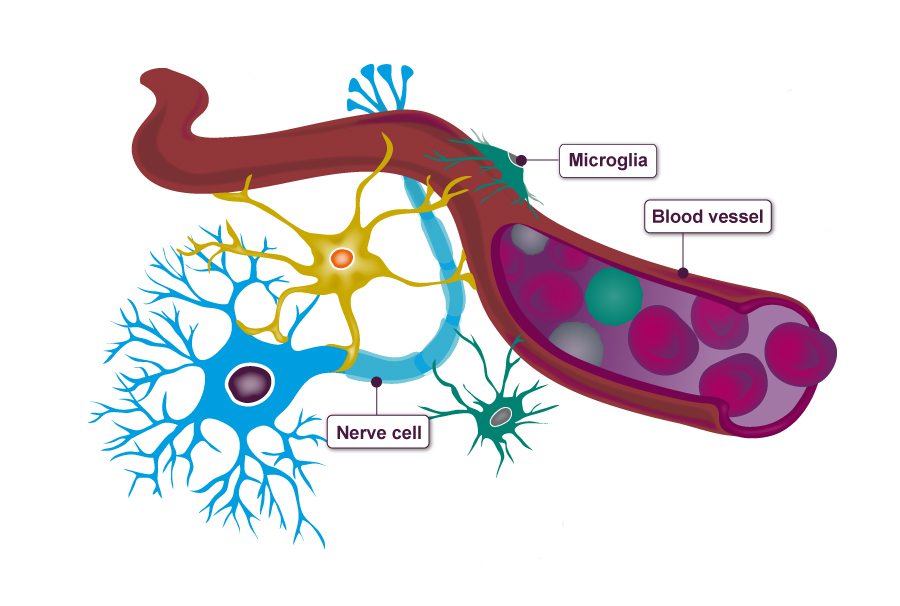 Inflammation is the body’s response to damage, but sometimes these defence mechanisms go awry. In Alzheimer’s disease, specialised immune cells called microglia appear to spring into action in response to the build-up of rogue proteins in the brain – a hallmark of the disease. But it seems they may be a little too eager to clear the damage. Genetic studies suggest that the immune system plays a key role in the initial stages of Alzheimer’s and a ‘hyperactive’ inflammatory response to this protein build-up can have damaging consequences for nerve cell health. Dampening the immune system could provide a new opportunity for a disease modifying treatment.

Dr Diego Gomez-Nicola from the University of Southampton wants to find a drug that can reign-in the immune response in Alzheimer’s. The aim is to slow the loss of nerve cells in the brain, putting a brake on the disease and helping people to live happier and independent lives for longer.

He is specifically interested in a protein called CSF1R, which regulates how microglia respond to nerve cell damage. Through this Dementia Consortium funding, he will be able to validate the role of CSF1R in Alzheimer’s disease, using a variety of experimental techniques. While there are lots of potential ways to block CSF1R, these can impact on many different biological processes, leading to unwanted side effects. Dr Gomez-Nicola will home in on CSF1R in the brain, finding out more about how it acts and develop a targeted approach to block its activity in Alzheimer’s disease.

Dr Gomez-Nicola will work hand-in-hand with scientists at MRC Technology. MRC Technology specialises in driving academic science into commercial applications. Their expert scientists will design and produce compounds that Dr Gomez-Nicola can test on microglia in a dish and in animals. They will also design key experiments that allow lots of compounds to be tested at once. By bringing these two parties together in a unique collaboration, the Dementia Consortium will ensure that academic insights don’t languish in the laboratory. With pharmaceutical industry backing, in the form of investment from Eisai and Lilly, this innovative project will fast-track academic research towards patient benefit. A key mission of Alzheimer’s Research UK is to fund pioneering research that will make a real difference to people’s lives and this project is one of the ways we are doing just that.

Dementia is our greatest medical challenge and we desperately need to find treatments to halt the progression of the diseases which cause it. Developing a new treatment is a long and complex process, and so it is vital that the initial stages of target identification and validation are solid foundations on which to build the drug discovery process. Through initiatives like the Dementia Consortium, Alzheimer’s Research UK will accelerate research progress to help all those living with dementia.

One Response to The Dementia Consortium