It’s been a year since AXA Insurance partnered with Alzheimer’s Research UK to help raise awareness of this cruel condition and of course to raise as much money as we can to power the fight to defeat dementia.

Right from the beginning, I was passionate about the cause. I have no personal experience of dementia and, as far as I know, no-one I know is living with it. What struck me though, and woke me up to this sleeping monster was the number of personal stories I came across while we went through the period of our employee vote. The number of my colleagues whose lives have been affected by dementia in some way was a real eye-opener. Yes, we’re a big organisation with more than 4,000 employees but there seemed to be no end to the stories waiting to be uncovered. And the passion of those who had been affected was the thing that got me. There are so many cruel diseases out there, and they are all worthy of our support, but dementia does something really horrible – it takes away the essence of who a person is. It steals memories and the ability to make new ones, it forces carers to live with an often unknown version of the person they are caring for. And in the end it is fatal.

Dementia doesn’t go away; it kills people, slowly and surely. I think the recent Share the Orange campaign is doing a great job in educating people that this is casued by physical diseases, and people get that we can do something about physical diseases. Research can and will make a difference for the hundreds of thousands of people affected, their carers and families.

Research costs money though. That’s where we can all help and where I’ve struggled to find a way to contribute personally in the last year. Yes, I’ve bought countless slices of cake, put cash in the bucket on pay day each month and sponsored others. I even drove our leadership team around the UK while they completed the Three Peaks Challenge last summer. But it’s always been on my mind that I needed to do something myself to raise funds.

Then I was talking to our wonderful account manager at Alzheimer’s Research UK Vicky and she told me about Race the Tide – the first event the corporate team is putting on. It’s right up my street, it’s walking. I’ve been dragged up hills by my folks since I was tiny, and I’ve kept the habit ever since. 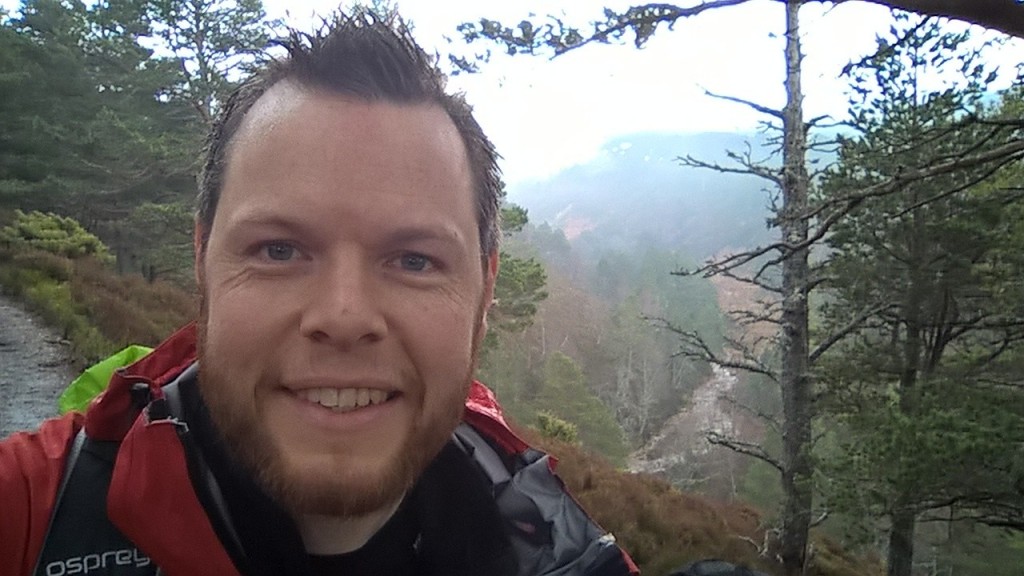 It’s a tough old challenge though and it’s by no means a done deal. Sixty miles along the St Cuthbert’s Way in one go. No down duvets and no hot showers. Just a foot pounding, knee jerking, hip crumpling jaunt through the night. The race the tide bit comes from the finish point – Holy Isle, in the North Sea, protected by a causeway. You can either finish, or Mother Nature will foil your attempt.

So there’s nothing else for it. Train from now until September. Not something I’ve ever really had to do. I’m up for it though. This gives me even more reason to get out every day and clock up the miles. The duration is the killer though. How do you prep for 30 hours of walking, because I don’t have many opportunities to walk for that long in normal life.

I’ve done long distance walks before. The West Highland Way with my mum, spread over several days. Two coast-to-coast crossings across Scotland in The Great Outdoors Challenge – a great challenge,  so much fun and also tough in its own way – it’s more than 200 miles – but Race the Tide is a different thing altogether. I don’t really know if I can walk 60 miles in one go. The most I reckon I’ve done in a day until now is about half that. So I’m looking forward to the challenge and dreading it in equal measure.

Every time I think about it though, I remember exactly why I’m doing it and I think how lucky I am. Then I shut up, get my head down and push on.

Ross lives in Suffolk and is Internal Communications Manager for AXA Insurance. He has coordinated the charity champions at AXA for two years. As well as being the corner stone of the successful partnership between AXA Insurance and Alzheimer’s Research UK, Ross is responsible for many other activities under AXA’s corporate responsibility programme, AXA Cares. Ross believes in dementia research, “because dementia is a growing problem for our society and it's about time we had real options for treatment, prevention and a cure”.
View all posts by Ross Proctor →

Race the Tide soundtrack
Behind the Headlines: A 20% drop in UK dementia incidence rates

2 Responses to Why I’m Racing The Tide