The scientists reported that the drugs didn’t have a meaningful benefit on memory and thinking skills in people with FAD.

At the time, our Director of Research, Dr Carol Routledge, acknowledged the disappointing news but also said:
“Investigating drugs like this in people with rare inherited forms of Alzheimer’s disease is a crucial step in bringing about new drugs and this innovative trial is set to continue. At present we only have headline results and need to see the data in full before we can understand what this means for future trials. 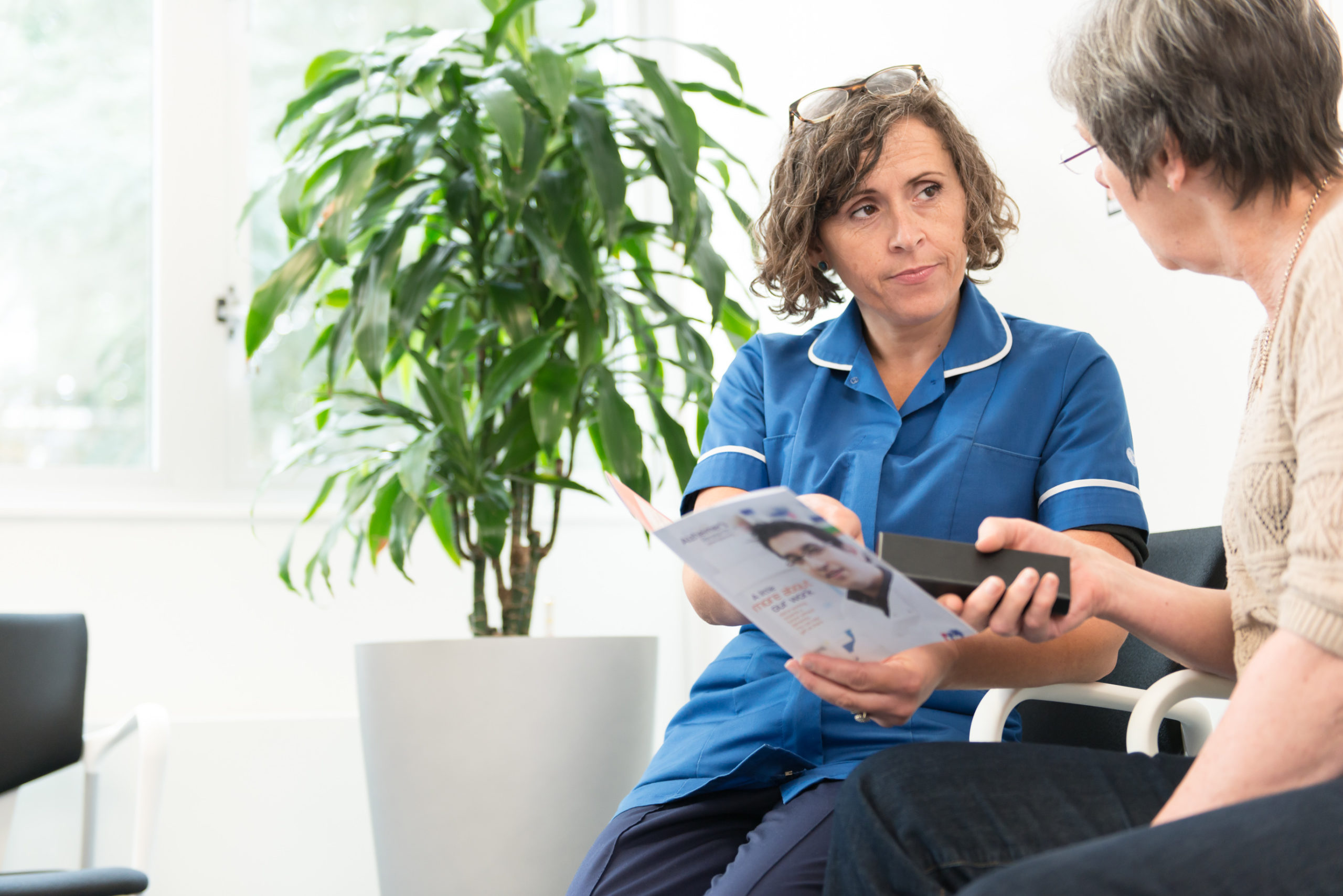 So, what has changed?

Due to the current COVID-19 pandemic, a large Alzheimer’s research conference planned to take place in Vienna took place online instead. This is a great example of how, in face of adversity, dementia researchers are still able to come together, albeit slightly differently, to share their new findings.

During the conference, the lead researcher of DIAN-TU presented more data showing that the drug gantenerumab did reduce the levels of a hallmark Alzheimer’s protein, tau, in the study participants. Tau is a protein that builds up during the disease, it is often linked to the severity of symptoms and is also the focus of new treatments in the pipeline.

This latest data offers a glimmer of hope for gantenerumab. The decrease in protein levels has led the researchers and the pharmaceutical company Roche to now invite the participants to take part in an open-label extension.

This means the study volunteers will be able to take a high dose of gantenerumab for a few more years. It’s hoped this may help slow further brain changes caused by Alzheimer’s disease, and will allow researchers to continue to assess any potential benefits to people’s memory and thinking in the long term.

Responding to the new data, Dr Carol Routledge said:
“Presenting these important results, even during these unprecedented times, is critical and undoubtedly helps to maintain momentum in dementia research. It’s an important reminder that we must unpick all the data we get from clinical trials so we can make the best judgements on the direction of future research.

“We know that the diseases that cause dementia can occur up to two decades before symptoms show and working with people who have rare, inherited forms of Alzheimer’s disease remains an important approach in bringing about new drugs. It’s encouraging that the people in the DIAN-TU trial will now be offered gantenerumab for years to come.

“The data also underlines the need to explore the use of technology in picking up the subtle changes in people before memory and thinking loss become apparent and begin to affect people’s ability to carry out day-today activities.

“If you want more information about this trial, or dementia research, contact the Alzheimer’s Research UK Dementia Research Infoline on 0300 111 5111.”

Need to know more? What is the DIAN-TU trial?

The DIAN-TU – the Dominantly Inherited Alzheimer Network Trials Unit – is an international drug trial to see whether rare genetic forms of Alzheimer’s can be slowed down by potential new medicines.

Scientists tested two potential drugs – solanezumab and gantenerumab – both targeting amyloid, one of the hallmark Alzheimer’s proteins. A build-up of amyloid around brain nerve cells is thought to start a cascade of processes leading to the death of nerve cells and eventually a loss of memory.

Participants in the trial were from around the world, including a centre at University College London in the UK. Volunteers either knew they had an Alzheimer’s disease-causing gene, or were unaware of their genetic status but had a FAD-causing gene in their family.

Why is this study important?

DIAN-TU is the first study of its kind, testing the use of antibody drugs to prevent or slow down the onset of Alzheimer’s in those who have a genetic risk of developing this disease early in life. There are currently no treatments available on the market to do so.

Which drugs were tested?

Solanezumab and gantenerumab target amyloid. Both drugs have had a complex history and both work in slightly different ways.

The way both drugs are given is also different. Solanezumab is given by infusion and gantenerumab was given as a monthly injection.  The drugs were given in increasingly higher doses over a period of four years.

How common is a genetic form of Alzheimer’s disease?

About one percent of people with Alzheimer’s disease will have a genetic form.

It is genetically inherited or passed down through families. Individuals who have a parent with a genetic mutation that causes the disease have a 50 percent chance of carrying the gene themselves, and many experience an onset of symptoms in their 30s and 40s.

Visit our website to find out more about genetic forms of Alzheimer’s and other dementias.