You are here: Home > A pair of pink slippers for Christmas
By Shilpa Saul on 21 December 2017 6

Last year, a new Christmas ad premiered. I took notice because a) I love Christmas b) it was conceptualised by an old colleague of mine and therefore filled my Facebook timeline and c) it tackles Alzheimer’s head on.

There’s not a single day that goes past when I don’t think about my mother. She was diagnosed with Alzheimer’s at the age of 49, whilst I was taking my GCSE exams, and passed away just after her 60th birthday. 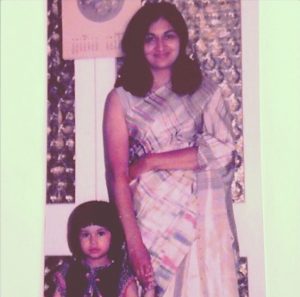 During my teenage years and my 20s I would dread Christmas. For me, it was a sign of time passing away and every year I’d ask myself whether Mummy would remember me by the following Christmas. Would she recognise my face? Would she be able to talk to me? Would she know I was even there? And I’m very sad and sorry to say that with every Christmas that passed, Mummy became less and less like the woman who took care of me. She didn’t know who I was. She didn’t write me cards or buy me presents. She didn’t say ‘Happy Christmas’. She eventually didn’t say or do anything. She was just there. A shell of herself. Trapped in her mind. Trapped by a brain that could no longer function. And then she died.

For years I didn’t want to acknowledge what was wrong with her. I didn’t tell many friends or colleagues. I tried to pretend everything was normal. I was ashamed. And sad. And scared. And I buried my head in the sand. Trapped in my own thoughts, I suppose.

When I saw ‘Santa Forgot’ for the first time it brought back all my memories of Christmases that weren’t really Christmas. And I remembered, as I do every year, about the very last time my Mummy bought me a Christmas present.

Later on that morning, I spied two haphazardly wrapped gifts under the tree in the hallway. No nametags attached but I knew they were from her. One for me. One for Pappa.

The next day, before he went to work, Pappa asked me if I knew where his aftershave was, as he couldn’t find it anywhere. Mummy had a habit of ‘tidying up’ and putting our belongings in random places and then forgetting where she’d put them. I had an inkling she’d perhaps wrapped his aftershave and put it under the tree. Once Pappa had left, I asked her if she knew where his aftershave was. She didn’t. I asked if maybe she’d wrapped it up. She said she couldn’t remember. So together we found the gift she’d placed under the tree, carefully unwrapped it, and realised that whilst she’d bought a new bottle of aftershave for him (Mim had suggested she bring his old bottle on the shopping trip so she’d know which one to get), she’d wrapped the old with the new. We put the old bottle back on Pappa’s shelf and rewrapped his gift.

Come Christmas Day, which must have been about a week later, Mummy didn’t remember she’d bought presents for us. I did. One for Pappa. One for me. I opened my present. I knew it would be the last gift Mummy would independently buy for me. It was a pair of pink slippers. I never wore them – I wanted to keep them forever. She remembered I loved pink. And she’d remembered my feet were the same size as hers. 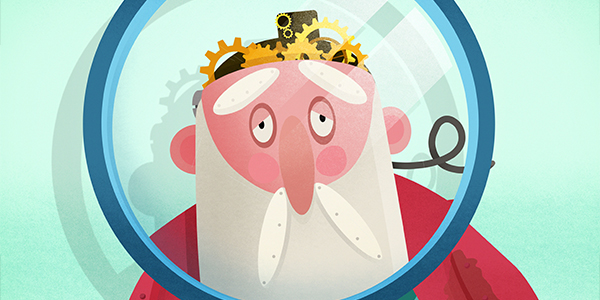 And so, when I heard the magical voice of Stephen Fry narrating the Christmas ad for Alzheimer’s Research UK, it was painfully clear that Mummy was my ‘Santa who forgot’.

“Once upon a time a little girl was preparing for Christmas but Christmas wasn’t quite as magical as it used to be”, says Fry. “…one Christmas Eve, things started to go wrong. He began to mix up presents and muddle names. He seemed sad, distant and afraid. Year by year things got steadily worse until finally he stopped coming altogether.”

This Christmas please support this campaign by texting ‘BELIEVE’ to 70755 to donate £5 to Alzheimer’s Research UK.

This post is taken with permission from Shilpa’s blog. Read more at: http://mustbethemummy.com/

Shilpa is a blogger who sadly lost her mum to early-onset Alzheimer's. Find out more on her blog: http://mustbethemummy.com/
View all posts by Shilpa Saul →

Carol Routledge talks about her cycling fundraising experience
My daughter Carla: dementia at 30

6 Responses to A pair of pink slippers for Christmas