You are here: Home > A powerful new look and a renewed commitment
By Hilary Evans on 2 March 2015 2

Over the last year we’ve been talking to people with dementia and our supporters about the impact of dementia. A word we frequently heard from affected families was “powerlessness”. Alzheimer’s disease and other dementias take so much from people, shattering lives.

But at Alzheimer’s Research UK, we know that pioneering research is our best hope of giving that power back. Today we are re-stating our intention as a charity to defeat dementia and launch a fresh new brand that we’ve developed with the help of many supporters and families. We hope you enjoy the new website and the wealth of information we have available on our research, essential background on dementia and all the ways you can get involved with the mission to defeat it.

You’ll see that emphasising the power of research is at heart of our change. If you’ve looked at the news and the website in recent months, you will have seen our major new research developments that demonstrate Alzheimer’s Research UK is leading the charge on dementia. Our research is focused on bringing benefits to people with dementia sooner, working from the lab bench all the way to the bedside. 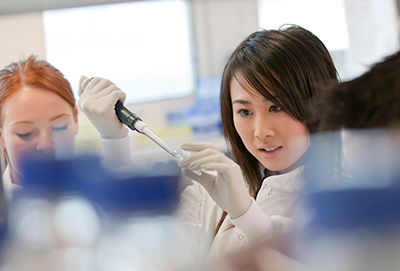 We have launched the world’s first network of dementia Drug Discovery Institutes at the Universities of Cambridge, Oxford and UCL – an Alliance uniting the strongest academic centres with the best expertise in drug development. We plan to open more.

We have established our Global Clinical Trials Fund to support critical early phase drug trials. It will help push more promising treatments through development and into the hands of people with dementia. We’ll be working with other research funders, charities and industry at home and around the world to make sure all the discoveries you help fund are quickly put to work in creating better treatments, improved diagnosis and preventions. We’ll be doing more than any other charity to find the answers we all need. 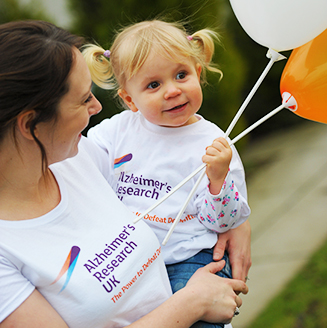 A generation ago we took the fight to cancer. People broke down the stigma, talked about their diagnosis and supported research that has made many cancers survivable. We are now in a fightback against dementia. We are putting in place the resources, expertise and an army of scientists that are creating real benefits for people with dementia. We need your help to grow this further. We need you to talk about dementia, to know that the diseases that cause it – like Alzheimer’s – can be defeated, and to support us in reaching the breakthroughs.

From today, we’ll be shouting louder than ever about research and sharing the belief and optimism we all have here at Alzheimer’s Research UK. We have huge ambitions we are committed to delivering over the coming few years, we hope you will join us in realising them, we cannot do it without you.

Tagged with: Supporter news, Our work

Dementia research: taking part in a study
Worms on the brain

2 Responses to A powerful new look and a renewed commitment