You are here: Home > Looking back on a year of milestones
By Hilary Evans on 18 February 2016 0

Traditionally, the day we publish our accounts and Annual Review is a moment to look back and take stock of what we’ve achieved over the previous year. It’s been an amazing 12 months, a year that’s seen us put £12.5m – more than ever before – into our charitable activities. So we want to share with you some of the highlights of what we’ve been able to do, thanks to your support.

This was the year that we launched our flagship research initiative, the Drug Discovery Alliance – a £30m network of Drug Discovery Institutes at the Universities of Cambridge, Oxford and UCL, which will work to translate promising research into new treatments for dementia. We also officially opened our Stem Cell Research Centre in Cambridge, and helped launch a new chapter for the 69-year MRC National Survey of Health and Development. As part of this study, we are now involving 500 volunteers in research to improve early detection of dementia and learn about risk factors for the condition. 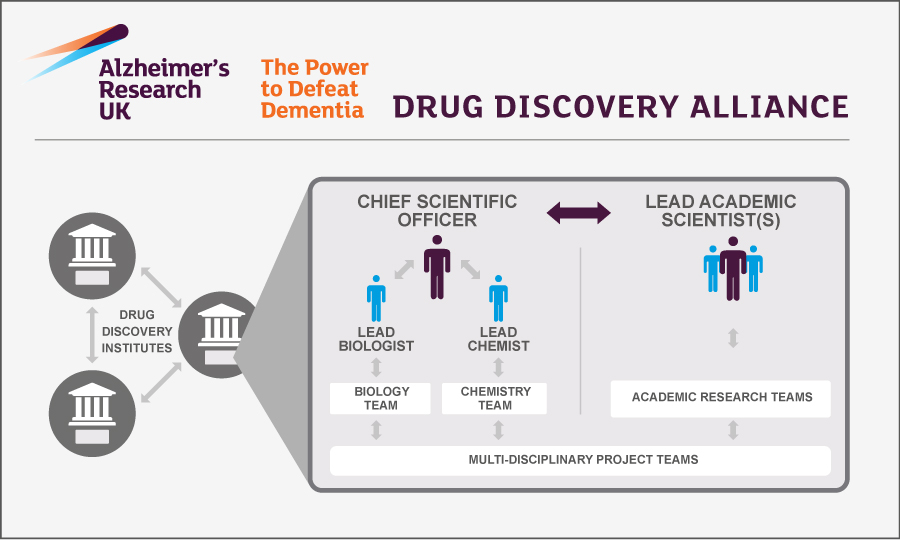 Research is a collaborative process, and that spirit of collaboration also extends to the way we fund our work. The Dementia Consortium – our partnership with MRC Technology and pharmaceutical companies Eisai, Lilly and Astex – awarded funding for its first ever projects last year. And we joined with charitable organisations overseas, funding projects to investigate some key unanswered questions in dementia research. That’s all in addition to our regular programme of grant schemes, through which we award funds for high-quality research at universities across the UK. Overall, we were able to drive a total of £9.3m into research in the last year, all of it with a focus on bringing benefits for people with dementia.

Information can be a powerful weapon in the fight against dementia, and last year we stepped up our work to put better information into the hands of the public. Although dementia is now talked about more than it was a decade ago, all too often the condition is still misunderstood. It’s dismissed as ‘an inevitable part of ageing’ instead of being recognised as a serious condition, caused by diseases that physically attack the brain.

That’s why last year we took the step of launching our first ever awareness campaign to challenge people’s perceptions of dementia. As well as educating people on this basic fact – that dementia is caused by diseases – we also aim to show that diseases like Alzheimer’s aren’t inevitable, and that we can fight them through research. It’s an approach we’ve continued into this year with our #sharetheorange campaign, with the goal of changing the way people think about dementia.

A challenge as big as dementia has to be tackled on all fronts – we need governments and industry to be working on the problem too. In recent years we’ve seen a surge in the political will to take on this challenge, and Alzheimer’s Research UK has worked to capitalise on this momentum and keep dementia research on the agenda. Last year we saw a renewal of the Prime Minister’s Dementia Challenge, and we’ve helped the UK Government develop the detail of its five-year action plan. On a global stage, we’ve also played a key role in helping the work of the G7 Global Action Against Dementia programme. For as long as the heartbreak of dementia exists, we will continue to hold our political leaders to account on their record for tackling the condition.

Of course, we couldn’t have done any of this without the support and generosity of thousands of people across the country. Every marathon run, every bake sale, every donation takes us a step closer to our ultimate goal of defeating dementia. We’ve been humbled by the support we’ve received over the past year, and we can’t thank you enough.

We’ve made real progress in the past year, but there’s so much more to do if we are to beat dementia once and for all. We have big ambitions for the next year and beyond – I hope you’ll join us.