You are here: Home > A year of progress since Santa Forgot
By Dr David Reynolds on 29 November 2017 0

Last year we brought you Santa Forgot, a thought-provoking story imagining a world where Father Christmas is living with dementia.

In the time since we launched the campaign, this powerful message will have become a stark reality for families all over the country. Around 200,000 people in the UK will have developed dementia in the last 12 months alone.

This year has also seen dementia emerge as the UK’s leading cause of death, highlighting the scale of the challenge we face and underlining the need for more research. However, since last Christmas your support has funded a record 84 pioneering research projects, allowing more researchers to join the hunt for new ways to help people living with dementia.

Santa Forgot ultimately delivers a message of hope; that dementia research has the power to change the future. It is heartening to hear dementia feature in discussions and debates across the globe, and a large personal investment by Bill Gates into the Dementia Discovery Fund shows that research into the condition is attracting global support.

To move forward, it’s also important to take stock, look back at the year gone by, and learn from exciting new findings to drive forward our understanding of dementia more quickly.

A major report by the Lancet Commission launched in July estimated that around a third of all dementia cases could be prevented by eliminating nine risk factors linked to the condition. This wide-ranging piece of work, that you helped to fund, highlighted the potential of risk reduction interventions, but also found very few well-researched prevention programmes offering concrete strategies to help people limit their risk of dementia.

This September, we invested £2.4 million into four innovative new risk reduction projects – the UK’s largest charitable investment in dementia risk reduction research. The cutting-edge research projects span from increasing adoption of a Mediterranean diet to tackling hearing loss, and help us fill key gaps in our understanding of dementia prevention.

New projects lead to new breakthroughs, and this year our researchers at Cardiff University identified two new genes that influence a person’s risk of Alzheimer’s disease. The genes were identified in a study comparing the DNA of tens of thousands of individuals with Alzheimer’s with aged-matched people free from the disease. One of these genes, PLCG2, was found to protect against Alzheimer’s and the findings give scientists a better understanding of the mechanisms underlying the disease and further avenues to explore in the search for new treatments.

Through a collaboration of international research funders including the US Alzheimer’s Association and the Weston Brain Institute in Canada, we helped researchers in the US and Germany reveal more about an enzyme unravelling a key Alzheimer’s protein in mice. The naturally occurring protein, called CyP40, reduces the build-up of tau protein, which becomes tangled in one of the hallmarks of Alzheimer’s. The findings are one of many that are paving the way towards new treatment approaches for the disease.

Since reporting our £50 million commitment to the UK Dementia Research Institute, work has started on its ambitious research programmes to better understand the mechanisms that underpin neurodegenerative diseases. The six universities awarded centre status in the institute are now laying the foundations for an eventual 400-strong community of UK DRI researchers. We are excited to see pioneering research already kicking off at these centres. 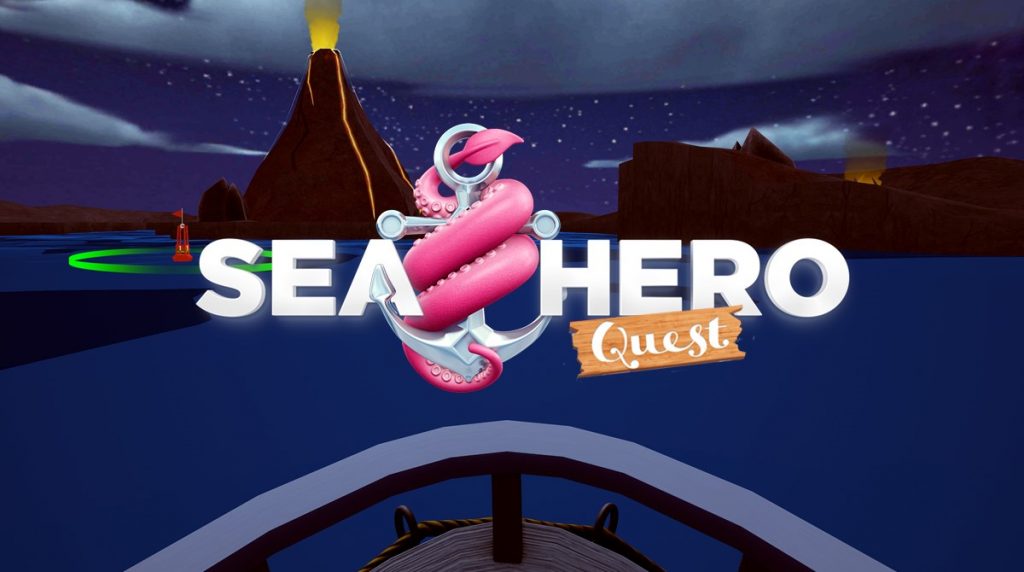 Last year, we teamed up with Deutsche Telekom and researchers from University College London and the University of East Anglia to develop Sea Hero Quest. This smartphone game, which measures spatial navigation, is re-writing the rules on how we go about dementia research by attracting millions of players across the world. August saw the project move to the next level, with Sea Hero Quest launching in virtual reality. We’re hoping to make use of the heightened sense of surroundings that virtual reality provides, to get an even deeper insight into the complex set of behaviours we all demonstrate when trying to get from A to B and how this changes in dementia. We eagerly anticipate the next set of results soon!

This year, a study revealed that the number of people dying from dementia is expected to quadruple by 2040. This finding was highlighted even further in November when dementia overtook heart disease as the leading cause of death for the first time. We are calling on the UK government to double its annual dementia research funding to £132 million by 2022 and working with MPs to highlight the impact of dementia across the UK. To find out more take-a-look at our dementia maps, which help us highlight those areas in the UK hit hardest by the condition.

What can you do

Since Santa Forgot hit screens last year, a further 7,000 of you have chosen to volunteer for research studies through Join Dementia Research. This service allows you to register your interest in participating in dementia research and be matched to suitable studies. To find out more, visit www.joindementiaresearch.nihr.ac.uk or call the Dementia Research Infoline on 0300 111 5 111.

You can also help research efforts by donating to support our scientists. Just Text ‘BELIEVE’ to 70755 to donate £5 or support us online here.

Find out more about our research on our website.