You are here: Home > Alcohol and dementia risk – what we know so far
By Ed Pinches from Science news on 21 February 2018 0

You may have seen reports in today’s papers about a link between long-term alcohol misuse and risk of dementia. This study published in the Lancet found:

We know that there are many factors that contribute to dementia risk. There is no surefire way to prevent dementia. Limiting alcohol consumption may be one way to reduce risk but people can develop the condition regardless of alcohol use. 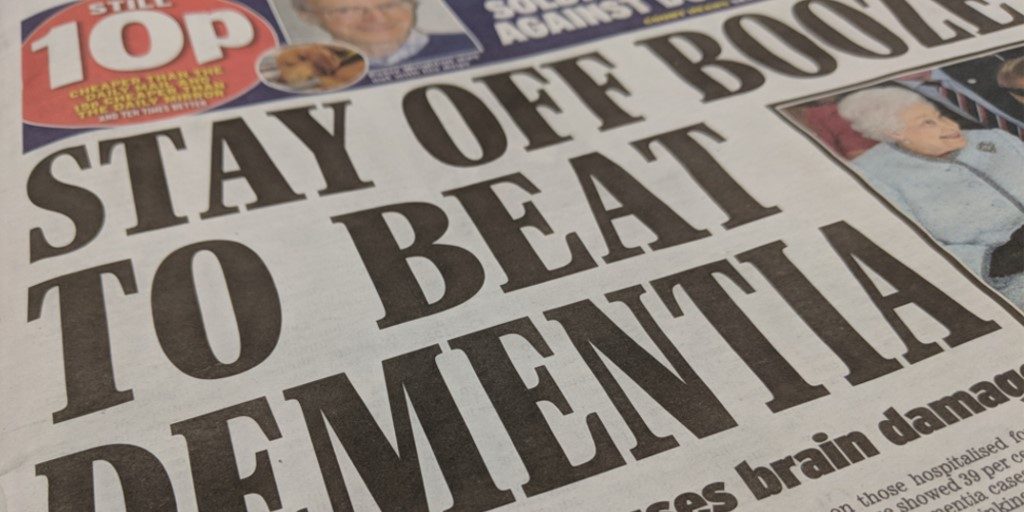 By working with data from the French health care system, researchers were able to analyse hospital admission records of 1.3 million people with a dementia diagnosis. They found that more than 57% of people who developed dementia before the age of 65 had at some point been in hospital with an alcohol use disorder.

While the study only found an association and can’t prove cause and effect, such a strong link is striking and as our Head of Research, Dr Sara Imarisio, pointed out in her response to the study, there have been similar findings from previous research:

“This is not the first-time research has revealed a link between alcohol misuse and dementia, and the findings lend even more weight to calls for people to drink within recommended guidelines. As this study only looked at the people who had been admitted to hospital due to chronic heavy drinking, it doesn’t reveal the full extent of the link between alcohol use and dementia risk.”

To read Sara’s full quote on the study you can click here.

What about moderate drinking?

This study only looked at whether people with dementia had been to hospital with an alcohol-related condition and can’t tell us about the risk associated with more moderate alcohol consumption.

Some previous studies have pointed to a protective effect for light drinking, but we can’t be sure whether these findings might reflect other factors that influence brain health. Other research has highlighted a link between moderate levels of alcohol and negative consequences for the long-term health of the brain. In that study, moderate drinking was defined as between six and 21 units of alcohol per week.

So what is the best advice?

The best advice is to follow the Chief Medical Officers’ low-risk guidelines. They state that men and women shouldn’t regularly drink more than 14 units of alcohol a week. People who drink as much as this should spread their drinking over three or more days, but also have alcohol-free days each week. 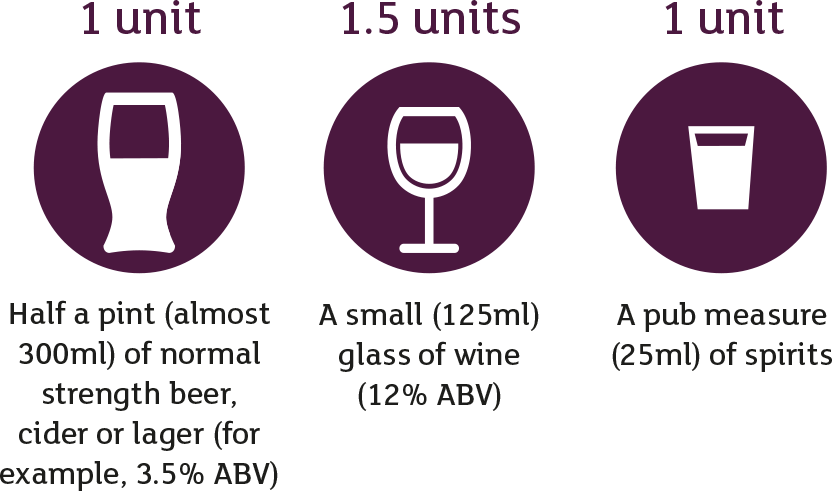 The approximate number of units in examples of alcoholic drinks.

As well as limiting alcohol consumption, existing evidence points to a number of other lifestyle changes that can help people maintain a healthy brain for longer. These include not smoking, eating a balanced diet, staying mentally and physically active and keeping blood pressure and cholesterol in check. You can read more about reducing your risk of dementia in our leaflet here.

If you are concerned about how alcohol might be affecting your health, charities like Alcohol Concern provide detailed information about the effects of drinking and your GP will be able to offer advice and sources of support.