Welcome to a year at Alzheimer’s Research UK: a year that saw us become the Charity Times’ Charity of the year; a year when we have again broken records for fundraising and research investment; and a year where our scientists have made critical new discoveries on the path to defeating dementia.

Below are some of the highlights of our year. Visit www.alzheimersresearchuk.org to see the full 2013 review. 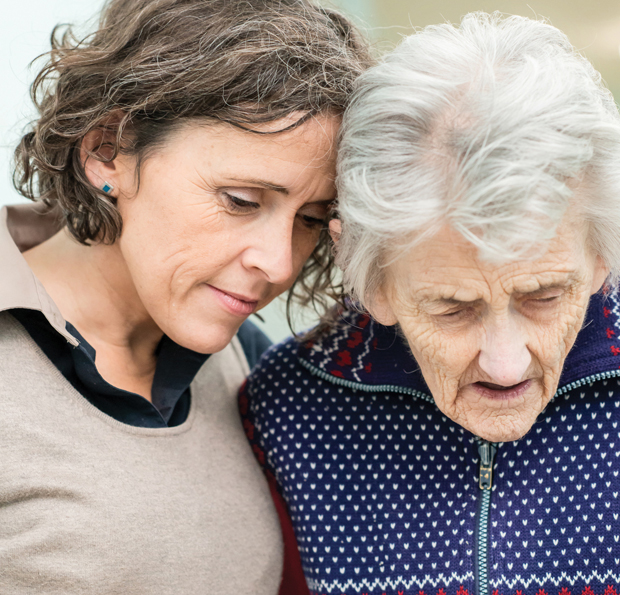 B is for Helen Bester

Helen Bester works for Alzheimer’s Research UK. Her mum, Pam, was diagnosed with Alzheimer’s disease 14 years ago. She and her father Maurice talk about their experiences.

E is for Early-onset Alzheimer’s disease

Patrick Franklin-Adams was diagnosed with early-onset Alzheimer’s in 2003, aged just 59. In the last 10 years, he and his wife Carol have become Champions of Alzheimer’s Research UK and raised over £100,000 for dementia research. Carol shares their story. 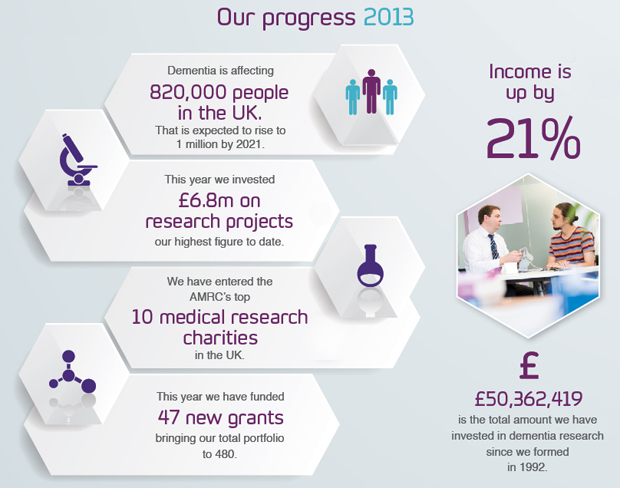 I is for Impact

Our investment and grants into research projects and our impact on dementia science; pushing us closer to the next dementia breakthrough. 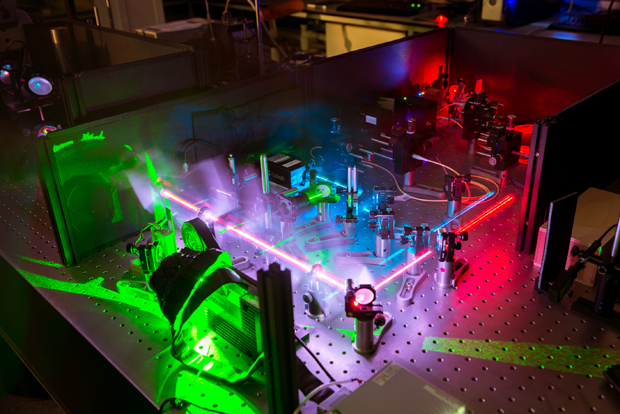 K is for Professor Clemens Kaminski

Microscopes come in all shapes and sizes but a team of scientists led by Prof Clemens Kaminski at the University of Cambridge has a state-of-the-art model, thanks to funding from Alzheimer’s Research UK. The scientists have been able to develop a tailor-made ‘super-resolution’ microscope which is capable of revealing the fine detail of proteins linked to Alzheimer’s disease. 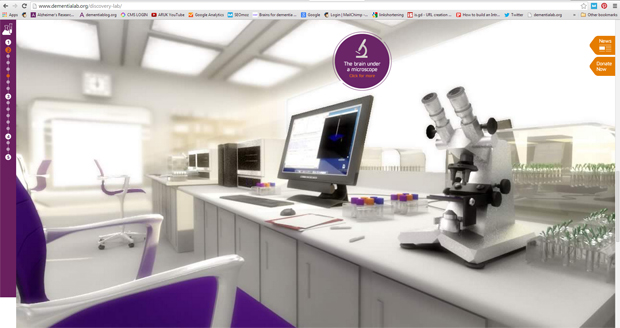 M is for Media

We are a trusted voice on dementia research in the UK media, and we work closely with newspapers and broadcasters to provide comment that ensures the public gets the most accurate picture of what is happening in dementia research around the world. Designed to break down the barriers between scientists and the public, we launched The Lab which takes users on an online tour to see what goes on behind those laboratory doors, and see how new dementia treatments are developed.

N is for Neuroinflammation

This is the question scientists at the University of Southampton are currently investigating as part of a three-year major project grant we’re funding. Dr Delphine Boche is using generously-donated brain samples from patients who had Alzheimer’s disease, those who didn’t and doctors’ notes to determine whether these individuals had an infection when they died.

O is for Our fundraisers

From a 100-mile cycle ride to a tranquil garden open day, we are grateful to every one of you who fundraises for us. Your efforts continue to amaze us; thank you.

U is for University of Cambridge

Dr Michael Hornberger is based at the University of Cambridge. He has received a grant from Alzheimer’s Research UK to fund a pilot project which aims to distinguish between Alzheimer’s and frontotemporal dementia using brain scans.

V is for Vietnam

‘Challenge yourself to make a difference.’ These are the words that inspired our intrepid supporter Ozge ‘Oz’ Gunes to take on the challenge of a lifetime in aid of Alzheimer’s Research UK with a 450km cycle across Vietnam, raising over £9,000.