Joining the newly formed Alzheimer’s Research UK London Supporters Group was an easy decision for me. It’s one that has helped me to ‘get out there’ and fundraise in other ways rather than continuously taking part in activities which meant asking for donations from family and friends.

Whilst twittering one day I found myself in contact with one of the founders of the London Supporters Group, Matt Burke, who was looking for volunteers to help at the 2013 London Marathon. I had always been an admirer of the Marathon having applied to run in the first few years it started but never got a place; so off I went one sunny day last April with my six year old son George and a work colleague to meet up with Matt and a few of the other supporters as well as some of the office staff from Alzheimer’s Research UK’s Cambridge HQ. Cheering on the runners and giving extra cheers to the 70+ fundraisers running for the charity was a really good day out.

Meeting some of the team and seeing how committed and friendly everyone was made me want to do more. We kept exchanging emails and trying to think of other events we could hold.

A quiz night in a pub in Waterloo was our first organised event for the group. My wife Sarah wrote the questions and I was Quiz Master. Matt spoke about who we were and why we felt so passionate about raising awareness and funding for dementia research, and the night finished with a few hundred pounds extra.


I’ve seen first-hand what this condition can do to loved ones.

I’ve seen first-hand what this condition can do to loved ones, with my own mum being diagnosed with vascular dementia in 2011. The speed of her decline made me want to try and help Alzheimer’s Research UK’s quest to hopefully one day find that cure.

Seeing my mum go through all the stages I had read so much about and the changes she went through; to the point she would hardly recognise her family, was heartbreaking. My young children used to love their nanny cuddles but even that was hard as they could see the change themselves and became almost fearful and reluctant to want the cuddles anymore.

Mum passed away in August this year aged 74, just over two years since being diagnosed. We all miss her terribly. Helping out with the supporters group has helped me through. 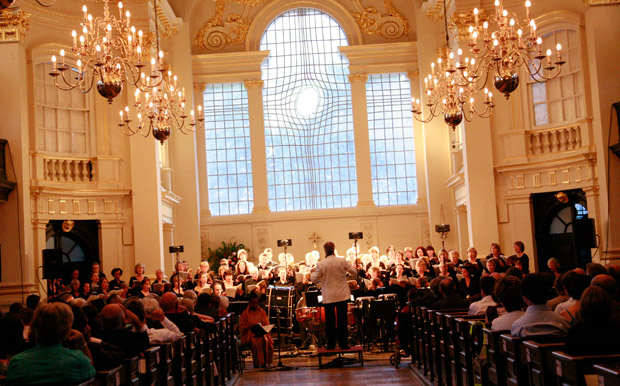 Over the past six months we have:

2014 is going to be a big year for us with lots of events planned and I will be on the other side of the fence this year at the London Marathon!! If you are interested in helping us in some of your free time please contact us at aruk_londonsg@hotmail.com, tweet us @ARUK_LondonSG or leave a comment below.

Kevin worked for Iceland frozen foods as a store manager for 33 years. Iceland staff have helped raise £1 million a year for the past 3 years by holding events in its stores during its charity week every August. Kevin's mum was diagnosed with vascular dementia in 2011 and passed away in August 2013. During this time he has been a member of the London supporters group that help out at events and arrange events of their own to help raise awareness and funds for Alzheimer's research UK
View all posts by Kevin Zokay-West →

Dementia affects young people too
All that glitters…