My time as an intern at Alzheimer’s Research UK has changed the way I view the organisation as well as others similar to it. I worked in a lab funded by Cancer Research UK for a couple of weeks last summer, so it’s been really interesting to be able to see the two organisations at work.

The research side is full of excitement about finding the next big breakthrough, but none of that could happen without Alzheimer’s Research UK or other similar organisations. I’ve realised the importance of the hard work that goes on behind the scenes.

I also never realised how underfunded dementia research is compared to other disease areas, like cancer. It seems to me that cancer has a much greater public presence and therefore more resources allocated to it. 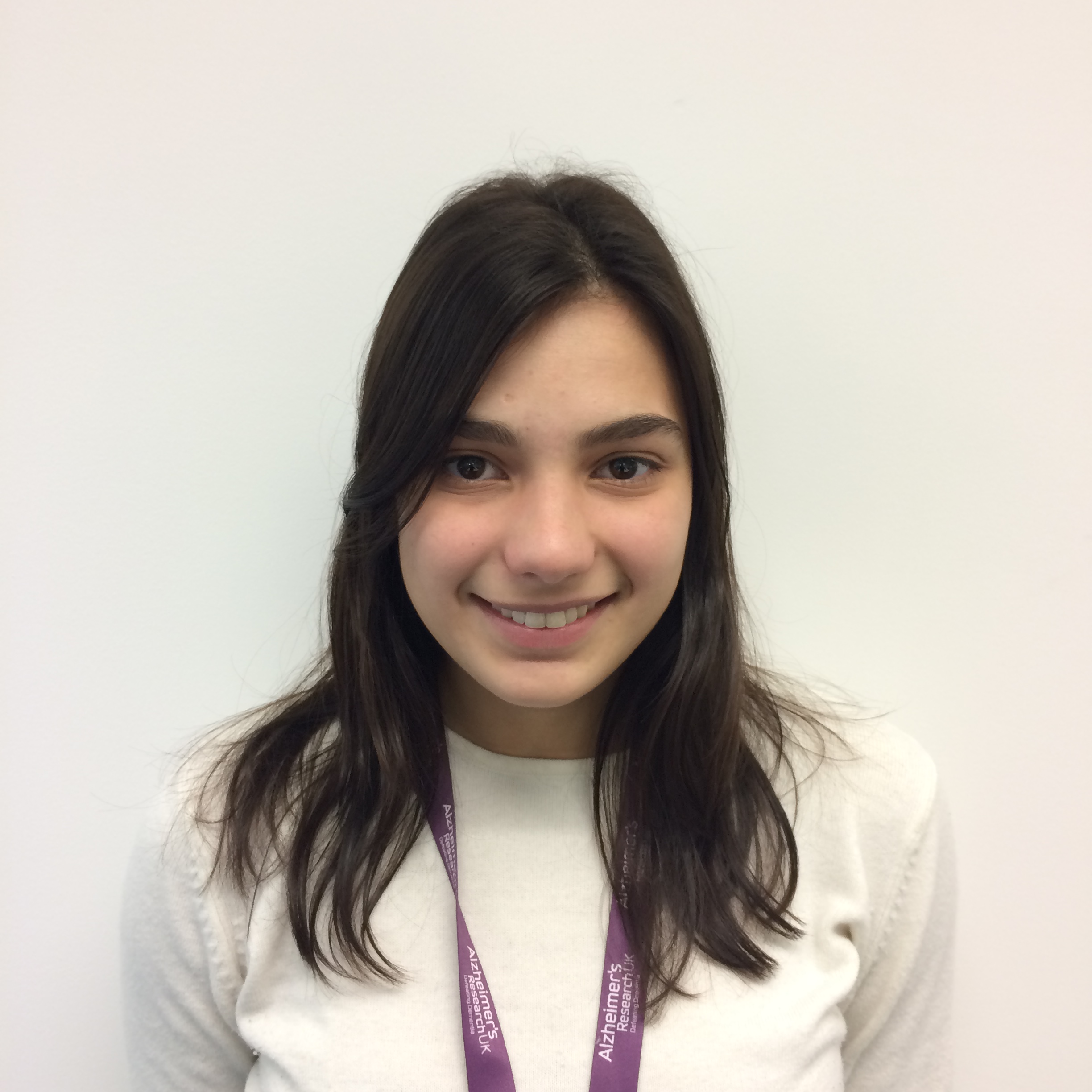 Alzheimer’s Research UK is so important because it works hard to rectify underfunding by raising awareness and funds to compete for resources that could be allocated to other causes. I had no idea how many different teams there were in the organisation, and all this funded by very little, as most of the donations go towards funding research. I think most people only see Alzheimer’s Research UK as a middle man with donations coming in through fundraising then going straight back out as research funding.

For example, I have been working with the Policy and Public Affairs Team who deal with the stakeholders of the organisation. This could include clarifying the organisation’s view on key issues, such as animal research or the economic benefit of dementia research or by producing policy statements.

The team also works on including dementia risk reduction in public health messaging. They interact with some of the key health and research organisations who are shaping the future of the dementia landscape. Another one of the team’s key roles is contacting politicians who might have an interest in dementia to influence government policy or raise awareness.

I have been doing a piece of work researching all MPs and prospective parliamentary candidates to see if they could have an interest in engaging with dementia. Politics was never something I knew much about and I’ve really enjoyed developing my knowledge on the subject. The idea behind the research was to engage with MPs to get them to ask questions in parliament that would raise awareness of dementia. I have been keeping track of the questions asked in parliament to see who supports the issue and I have even written a few questions Alzheimer’s Research UK might want asked. The team are also sending out a manifesto with the policies they would like the next government to commit to.

I never realised how underfunded dementia research is compared to other disease areas, like cancer.

As part of trying to raise dementia awareness in Parliament, Alzheimer’s Research UK provided support to the Frontotemporal dementia support group and others for an afternoon tea event on young onset Alzheimer’s disease at the House of Lords in December, which I helped organise and attended.

There are currently over 44,000 people living with Alzheimer’s disease under the age of 65 in the UK, and dealing with young onset is a very different challenge to other types of dementia as people often still face the responsibilities of childcare, having a job or caring for an older parent.

There is very little care available for younger people with dementia and it is considered a rare disease. This kind of event aimed at raising awareness shows how Alzheimer’s Research UK go above and beyond simply gathering money and allocating it to research. Although there is still a long way to go before curing dementia, Alzheimer’s Research UK is making steps in all the directions necessary to ensure that we do get there. I feel proud of the work that I’ve done and I’m really pleased to be able to contribute to the fight against dementia.

Tagged with: Parliament, Dementia awareness, Our work
Reducing the risk of dementia: A new, but growing, evidence base
This Christmas

2 Responses to An intern’s view