You are here: Home > BBC Lifeline: On location
By Louise Martin from Supporter News on 16 November 2014 0

Have you ever wondered what goes in to making a television charity appeal?

I have recently had the privilege of finding out as in the last few weeks I have been working on Alzheimer’s Research UK’s BBC Lifeline Appeal, which airs on BBC 1 today (Sunday 16 November) at 4pm, and is presented by the brilliant Arlene Phillips.

Work on the Lifeline Appeal actually began 12 months ago when ARUK applied to the BBC Charity Appeals team. Lifeline is the BBC’s monthly charity appeal programme in which a well-known personality introduces the vital work of a charity they care about, and appeals for donations.

Once we had clicked submit, all we could do was cross our fingers and wait patiently and in March, after much nail biting, we received the news we had been waiting for – we had been chosen!

We sprang into action.

There was a briefing meeting to attend outlining what would happen in the build up to our appeal; a photography workshop at the impressive BBC Broadcasting House and then there was the task of choosing which of our case studies to approach to take part in the film.

We also had to ask one of our celebrity supporters to present the appeal and, despite her incredibly busy schedule, Arlene was very keen to take part. The former Strictly Come Dancing judge and choreographer has a very personal reason for wanting to support the appeal as after caring for her father who was diagnosed with Alzheimer’s disease, she is painfully aware of the need for more research. She said:

“Dad was 89 when he died. But the last 10 years of his life were a struggle for all of us. He looked like the person I loved, but he became like an outer shell sitting in an armchair. It was utterly heartbreaking. It’s a disease that tears at the hearts of families and steals lives. When you see someone you love slip slowly away, it’s easy to despair. Research gives us hope – it’s the only way to defeat this awful condition.” 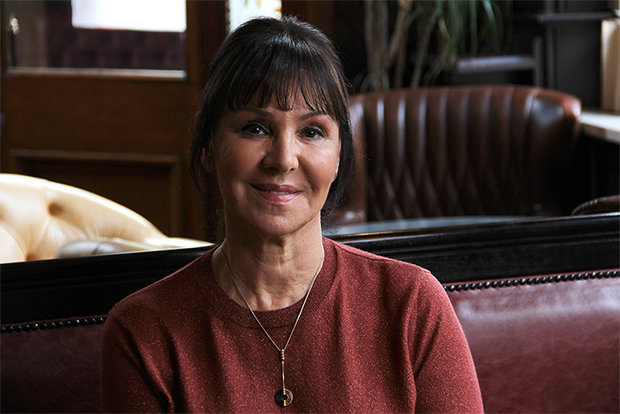 We were grateful to Arlene Phillips for agreeing to present our appeal. Arlene lost her father to Alzheimer’s disease in the 1990s.

Filming for the appeal took place during October and I had the pleasure of meeting some of our amazing media volunteers when they gave up their time to be filmed by the BBC.

Roz Underwood, 67, from north London was diagnosed with Alzheimer’s disease in March 2014. A few months before her diagnosis Roz and her husband Jeremy became aware she was struggling to find the right words. She said:

“Even though I had the words clearly in my head I found it difficult to find them in speech when talking to other people. Alarm bells rang when I was in conversation with my brother on the phone. I ended up in a state of confusion and had to pass the phone to my husband. We both knew there was a problem. Following a visit to my GP an MRI scan confirmed I had Alzheimer’s disease. We were devastated. We are slowly coming to terms with the situation and focusing on doing what we can to help raise funds for research into dementia.” 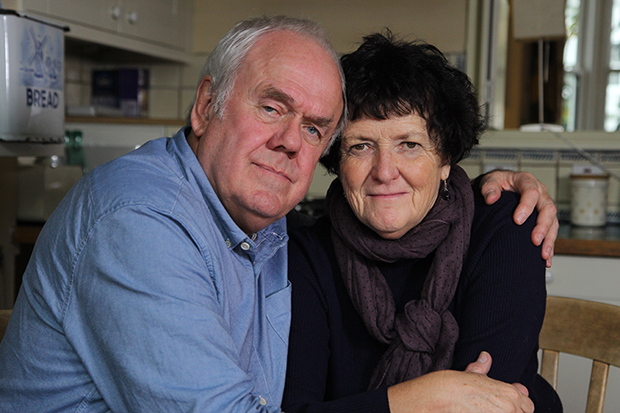 Roz Underwood with her husband Jeremy. Roz was diagnosed with Alzheimer’s disease in early 2014.

Shortly after graduating from university, Sophie, 27, from Glossop in Derbyshire, put her career on hold to care for her much-loved gran when she was diagnosed with vascular dementia. She said:

“It became a 24-hour job, seven days a week, caring for Gran. At first it involved a lot of prompting her to do things – to get dressed, to wash, but her condition slowly deteriorated and it became impossible for me to leave the house. After nearly two years I just couldn’t cope and in 2011 she went into residential care. It broke my heart but she is safe and I visit her every day.” 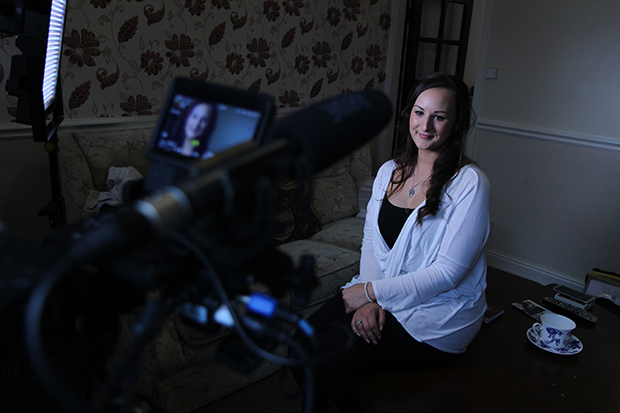 Sophie Howarth is now studying Mental Health Nursing at the University of Salford and hopes to become a dementia nurse.

The appeal also features ARUK-funded scientist Dr Heledd Haf Griffiths. Heledd is based at the University of Manchester and, just like Arlene, she has first-hand experience of the effects of dementia, she said:

“My dad passed away in 2006 after being diagnosed with dementia eight years previously. Watching the confusing changes the condition caused in Dad was devastating but it has shaped my career. I’m now part of a team working to find a cure.” 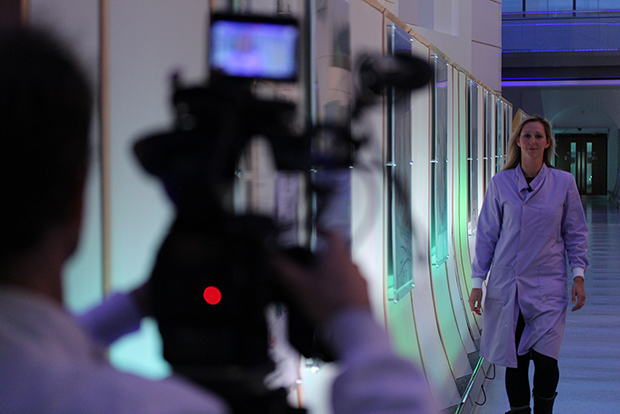 By understanding how nerve cells die in Alzheimer’s, Heledd wants to find ways to stop the damage and preserve memory and thinking skills.

Alzheimer’s Research UK’s BBC Lifeline Appeal will air on BBC 1 today (Sunday 16 November) at 4pm and will be repeated on Wednesday 19 November on BBC 2 at 1pm.

You can also donate £10 by texting GIVE to 70121. Texts cost £10 plus your standard network message charge and the whole £10 goes to Alzheimer’s Research UK. Full terms and conditions can be found at bbc.co.uk/lifeline.