You are here: Home > Breakthroughs for dad: Improving early diagnosis and hope for a cure
By Sem Moema on 11 October 2018 0

Alzheimer’s Research UK’s new action plan for government lays out five key actions government can take to improve the lives of people with dementia and bring about a life-changing treatment. One of these goals focuses on improving early diagnosis and working to detect dementia before symptoms appear. Alzheimer’s Research UK supporter, Sem Moema, talks about her father’s early diagnosis and what it meant for her family. 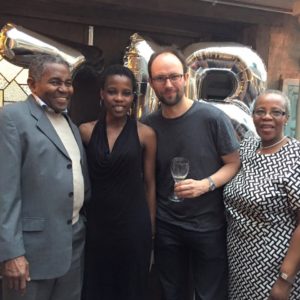 My mum and dad have been together for what feels like forever, since my mum was 23; she’s 69 now, and my dad now 73. My two sisters and I have always viewed them as a package, sometimes ganging up on us as parents do. Life at home was them doing everything together.

My dad started showing symptoms when he was 58, two years before he planned to take early retirement from his job as a Quantity Surveyor.

Still now my mother tells me the moment she realised something was wrong. He would drive mum to the airport every two to three months when she would travel to visit my grandmother in Pretoria, South Africa. As they pulled into a petrol station, he looked at her glazed and told her he had no idea where he was or what he was doing. She always says to me when I see her, “Nnana (it means baby in Sotho, they’ve never called me by my actual name), it was the scariest moment. I knew he wasn’t there”.

In some ways, I think she suspected there was something wrong. She was a psychiatric nurse at the Neurological Hospital for Neurology and Neurosurgery, working with patients with Alzheimer’s and other neurological illnesses. If it can be called luck, we were lucky because she understood the symptoms, recognised them quickly and asked for a referral to the hospital by their GP.

When my dad was being diagnosed, we all hoped it was something other than dementia – cancer or anything else that had the possibility of treatment or a cure, however tiny.

All in all, the diagnosis took two years, in which time we faced unnecessary financial challenges. Painful as it has been to have our fear confirmed, my dad’s early diagnosis made some positive things possible. 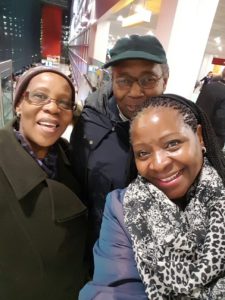 One of these was that my dad was involved in decision making about his condition and how it would be managed in future, and they both tried to involve us as much as possible. The hospital was also great in terms of the support they offered to allay our fears, including family counselling and assessing any potential risk of dementia for other family members and future children.

To help with research into finding a cure or a treatment, my dad gave lots of samples – blood samples and cerebrospinal fluid. He also participated in clinical trials for a new treatment, which in his case, slowed symptoms and gave him an additional ten years or so with lesser symptoms and a better quality of life.

An early diagnosis can mean so much to not just the patient, but also their families.

My family was able to plan and enjoy the time with dad, rather than manage decline if he had been diagnosed later with no understanding of what was happening. 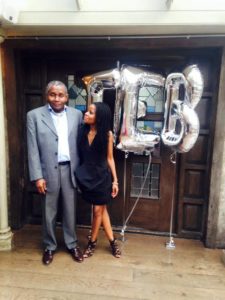 For my mum, it has meant she still has her husband, and for me and my sisters, we still have our dad. My sisters and my mum are amazingly resilient, strong women, and my dad is a really important figurehead in our family and our lives.

My youngest sister who lived through the whole episode as a teenager and young adult was able to share her Erasmus in Barcelona with my parents, which I’m so pleased about. My other sister has been a tireless advocate for families and carers alongside her everyday life and has held us together as a family. I’m really pleased that she got to have her father at her 30th birthday party a couple of years ago. 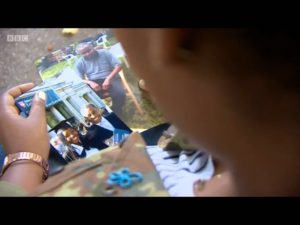 I think we all secretly wish for the days when they would gang up on us and tell us off.

A treatment for dementia would mean hope for my family. Hope for more milestones shared. And hope for a better future together.

You can lend your voice to ask government to support dementia research by signing our petition and writing to your MP.

Sem Moema is a mayoral advisor covering private renting and housing affordability in Hackney and works as a senior account manager for a public affairs agency in Westminster. Her family was impacted by dementia when her father was diagnosed with early-onset Alzheimer’s disease. She recently told her family’s story in Alzheimer’s Research UK’s “No time to lose: an action plan for dementia”.
View all posts by Sem Moema →

Pressing for Progress: Women in Dementia Research
The Budget on balance for dementia research