You are here: Home > Climbing the Volcan San Pedro for dementia research
By Sally Rasmussen on 11 May 2018 0

Alzheimer’s Research UK’s first ever overseas trek to Guatemala has come to an end after a gruelling but rewarding seven days. Our team spent our trip scaling five active volcanoes. To say it was tough feels like an understatement – I took 138,013 steps and climbed the equivalent of 957 flights of stairs. My legs need a rest, but it was an incredible experience, and one that I wouldn’t change for the world. It really does prove that you can do anything when you set your mind to it.

Team Guatemala has now raised over £70,000 for dementia research, and I’ve raised over £6,000 of that. I couldn’t be prouder of our team.

My highlight of the trip was trekking Volcan San Pedro, which we did on our second day. At 3,100 metres, it was never going to be an easy task, but it was made even harder when the alarm went off at 4am. 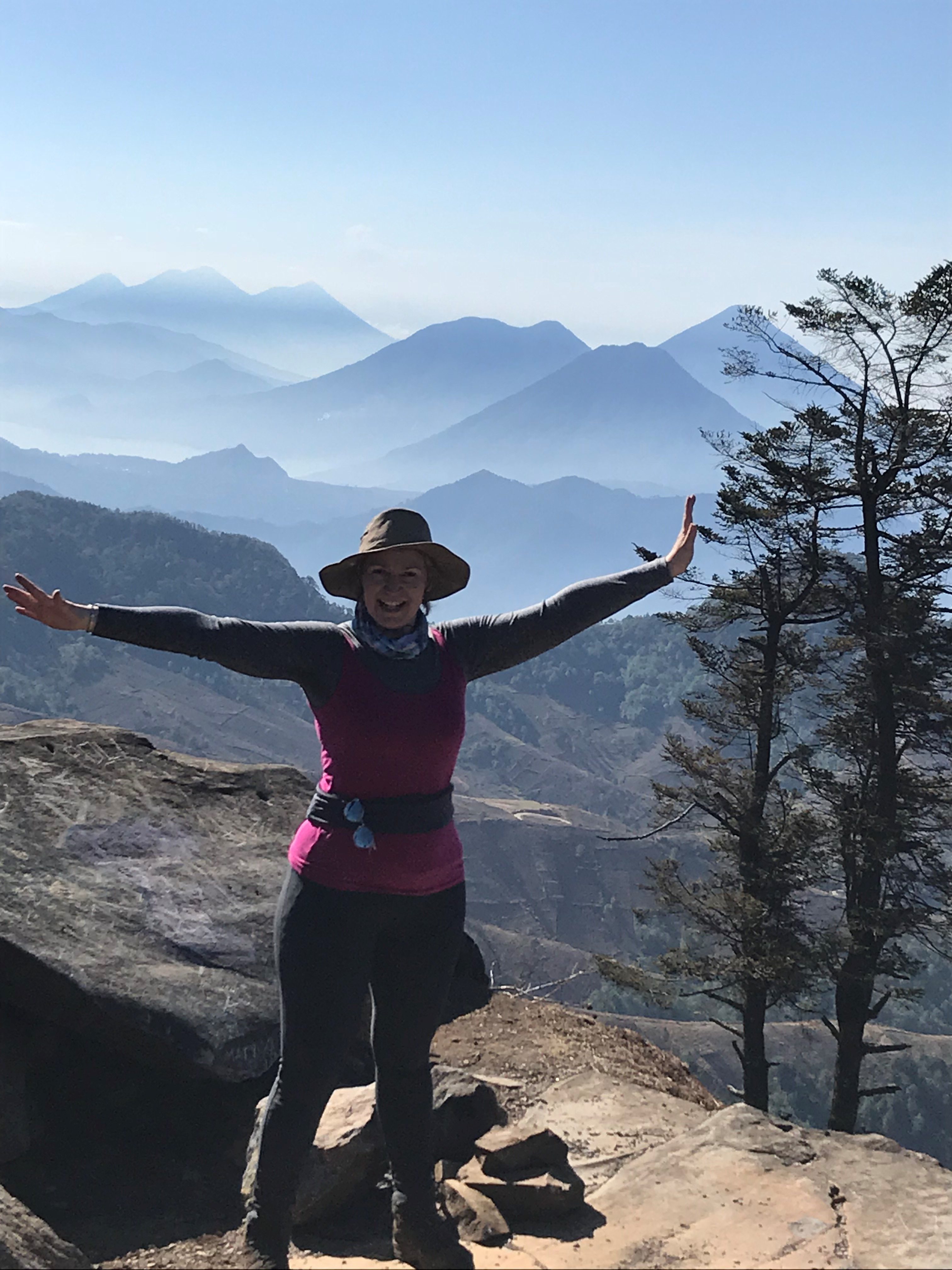 We spent the night before staying in village homes of Guatemalan families and set off at 5am. I was lucky enough to have a flushing loo, but not everyone on the team was so lucky. Others in the group had to learn quickly what to do with the giant buckets of water!

We launched into the trek at 6am, and our leader, Carlos, quickly pointed out that we were going too fast and needed to set off at a more manageable pace.

The trek to the summit was exhausting and very steep, but we eventually made it to the top. We also stopped at several points to take in the breathtaking scenery, and to try an exhilarating rope swing. We trekked through rows of coffee plants and a jungle, which was an incredible experience.

The journey up was hard but going down was even harder. We were all tired and sore already from the trek to the summit and trying to walk down a steep volcano after spending hours trekking up it was difficult. It was relentless and tough on the knees and the mind.

There was such a sense of victory when we reached the summit of our last volcano on our last day of trekking. It still feels surreal to be able to say out loud that I trekked five active volcanoes. I’m so proud of our whole team for putting all the work in and for raising so much for Alzheimer’s Research UK.

The hardest part of the trip for me was the homesickness – I missed my daughters terribly! But it was made easier by our amazing team. We sang (badly, I might add), chatted, got to know each other, but most importantly, had a lot of laughs and lived every moment together. And that’s what we do every day at home – all of us – making the most of every day, whether it’s an ‘up’ or a ‘down’ day. Live it and make it as good as it can be with the help of friends and family.

Great memories have been made and will be talked about for years to come. The trip was everything I hoped it would be: challenging, fun, a chance to spend time with your own thoughts, and an opportunity to meet a fabulous group of people.

If you were inspired by Sally’s experience, you can sign up for our trek in Machu Picchu here: https://www.alzheimersresearchuk.org/event/trek-machu-picchu/

Sally Rasmussen is from Harrogate in North Yorkshire, and recently took part in Alzheimer’s Research UK’s first ever overseas trek in Guatemala. She works in marketing and is passionate about raising funds for dementia research.
View all posts by Sally Rasmussen →

Looking to the future for dementia with Lewy bodies
Drug Discovery Alliance: An update on progress