You are here: Home > Dear Prime Minister, will you change my family’s future?
By Carli Pirie on 30 July 2019 0

Without a way to stop or prevent the diseases that cause dementia, one in three children born today will go on to develop the condition in their lifetime.

The odds are worse for Carli Pirie, whose family has a rare genetic form of Alzheimer’s.

Carli’s mother and grandmother both developed early-onset Alzheimer’s in their late 40s and Carli has a 50/50 chance of carrying the gene.

Carli has written to the new Prime Minister, Boris Johnson, to invest in better treatments, diagnosis and preventions for people with dementia You can read her letter below: 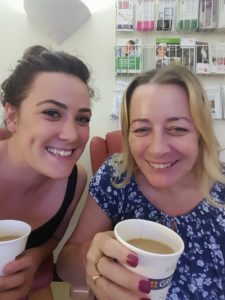 I’m writing to you today as someone whose life has been shaped by dementia. My grandma had it, my mum has it and so does my aunt, but our story is different to most of the thousands of families affected across the UK.

Unfortunately, my family carries a rare genetic mutation, which means you start showing symptoms of Alzheimer’s in your 40s if you have it. My grandma was the first person we knew to have Alzheimer’s at the young age of 47 and then my mum developed it too. She is now 58, lives in a care home and in her final stages of the disease.

Because my mum has the gene, I also have a 50/50 chance of having it. I’m 31 so that means if I do have the gene, I will start showing symptoms in my late 40s or early 50s. And if I have it, then my 11-year-old daughter has a 50/50 chance of carrying the gene too. Right now, no-one survives Alzheimer’s, but we could change this through research.

I need to know that everything possible is being done to protect the future for my daughter and the rest of her generation to end the heartbreak that dementia causes. 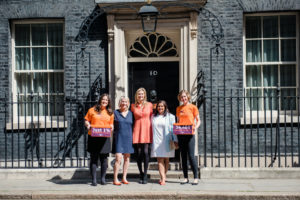 I am doing all I can to change the future by taking part in dementia research, this includes undergoing various cognitive tests, PET and MRI Scans and a lumbar puncture every year. But this research costs money, so I am asking you in your new role as Prime Minister to make a commitment to increase funding for dementia research and help find the treatments we so desperately need.

Just 1% of the annual cost of dementia (which is currently £26b and rising in the UK) would help scientists make breakthroughs in their research. Will you commit to finding new treatments and ways of diagnosing dementia sooner so that my daughter’s future is protected?

Join our campaign for more research funding and write to the Prime Minister at alzres.uk/PM

Carli Pirie is a 31-year-old with a 50 per cent chance of inheriting early-onset Alzheimer’s due to a faulty gene which runs in her family. Her grandmother was diagnosed with Alzheimer’s when she was just 48 and Carli's mum was diagnosed with the disease in her early fifties. If Carli has the gene, her 11-year-old daughter may also have it. Carli is sharing her family’s story, in the hope that more awareness of the devastation caused by dementia will drive people to donate to research.
View all posts by Carli Pirie →