You are here: Home > Dementia affects young people too
By Oliver English from Digital on 13 January 2014 1 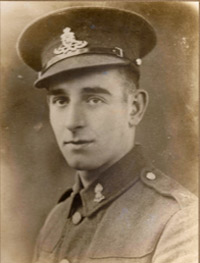 My granddad died from Alzheimer’s disease when I was a teenager. Like many younger people with a loved one with dementia, I had little idea exactly what was going on. Although it was obvious that something wasn’t right, the only real glimpses I had in the early days were the occasional incidents of odd behaviour. The most memorable was watching my brother prising an entire cake out of Granddad’s hands after he had scooped it up from the coffee table and attempted to eat it like a sandwich.

At the time, like many other people, we were ignorant to where this journey of peculiar goings-on was headed. To my brother and I this was an amusing episode to relive with my parents. For my mum, although she always smiled about it, it must have been just the latest in a long line of heartbreaking events she had to endure.

Being a parent in this situation must be a constant balancing act. On your left, you have the natural instinct to protect your children at all costs. On the right, understanding their right to know what’s happening, all the while having to cope with the helplessness of watching a parent slowly slip away.

My brother and I were old enough for my parents to be straight with us. They left it to us to decide how many questions we wanted to ask or how involved we wanted to be. At the time I shied away, finding the situation difficult and feeling awkwardly helpless. I now regret not visiting him more as the disease progressed to the later stages. While I feel quite guilty, in a way I am selfishly thankful that my happy memories of time spent with him are not clouded by images of his suffering.

This was never an option for my mum. I often wonder how she and others coped, something I hope never to find out first-hand.

Dementia has traditionally been a misunderstood condition. Many still believe it to just be ‘battiness’ that happens to the anonymous elderly, whose antics can be a source of light entertainment. The truth is not so amusing.

It regularly ranks highly in most feared conditions polls and is one of the toughest diseases for family members to have to deal with, not least for younger people, often watching from the sidelines.

At Alzheimer’s Research UK, we meet lots of amazing people who are taking the fight to dementia’s door. There are many young people who are battling the disease in the name of their loved ones. Take George Zokay-West who set up a text to donate campaign to raise money for research following his nana being diagnosed with vascular dementia. Then there’s eight-year-old Alice Harwood who was heartbroken after losing her grandma but still went out and raised over £1,000 when she organised a sponsored family walk.

Throughout his life, my granddad could be described as a lucky man. He made it home from the war, married and spent many happy years with my gran, raised his two girls and retired to a house by the sea. As an old man, he was unlucky. Unlucky to come up against a disease with no real treatment and a dire history of being overlooked when it came to research funding – something that has to change.

Tagged with: Alzheimer's disease, Personal stories, Dementia awareness
Will this be the year that turns the corner for dementia?
Alzheimer’s Research UK – London Supporters Group

One Response to Dementia affects young people too