You are here: Home > Dementia destroys lives…we must find a cure
By Philip Grant on 7 November 2017 9

I want to tell our story of early-onset dementia. It is important to me because so many people think of dementia as a condition that affects the elderly and makes them forgetful. The truth is that dementia can strike at any time and its effects on the person and their family can be shattering. 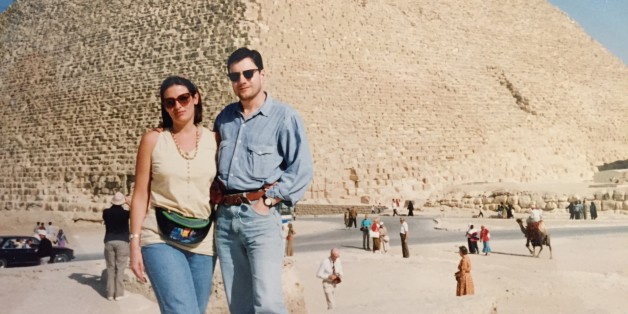 Liza and I had been married for 15 years and counted ourselves blessed. Living in a delightful village, we had everything we could wish for. I had a good but high pressure job in the City: I was the Chief Executive of an insurance company specialising in credit and political risk that I was restructuring, which involved high level negotiations with lawyers, accountants and regulators. I also had a consulting practice that advised other insurance companies on restructuring.

The hours were long but the work was rewarding and I could relax at the end of a long day by coming home to a loving welcome, a glass of wine and stimulating conversation. Liza was beautiful, intelligent and witty: the life and soul of the village community. A bundle of positive energy, she held down a part-time job, served on every village committee going, sang with a top-flight choir and still found time to be a superb mother to our twin sons, Ed and Will.

If it sounds like an idyll, that’s because it was. But idylls don’t last.

It’s difficult to say exactly when, because dementia progresses by inches, but as we both edged towards 50, Liza began to change. The caring, helpful, sympathetic person I had married became cool and indifferent to the feelings of others. Trivial matters obsessed her and any attempt on my part to make light of them was met with shaking anger. Embarrassing and inappropriate behaviour became the norm: the boys would be shown up in front of their friends and I was constantly having to laugh it off in company. Liza began to struggle to perform even the most basic tasks.

In short, within the space of a year or two life with Liza had become almost impossible, because I no longer felt I knew the person I had married. Cathartic rows are a normal and healthy thing in a close relationship but there was no way of “having it out” with Liza: she simply couldn’t respond in any rational way to what I was saying. I was angry and concerned in equal measure. I was concerned for the welfare of Ed and Will, who I knew must be worried and sad about what was happening to their mother and to our family, but also increasingly sure that there had to be some underlying cause of this complete change of personality.

I dreaded coming home from work: my heart sank every evening as I pulled in to our driveway, not knowing what I would find or what reception I would get. Work became a place of refuge for me, but at the same time I was constantly anxious when I was there about what would be happening at home. Because at that stage I had no idea of the cause of what was happening to Liza, I couldn’t share with my colleagues the reasons for my anxiety, or explain fully why I often needed to curtail my working day or arrive late in the morning after dealing with another difficult incident with Liza. It was tiring and I’m sure my work suffered as a result: it is difficult to make important decisions when part of your mind is elsewhere. 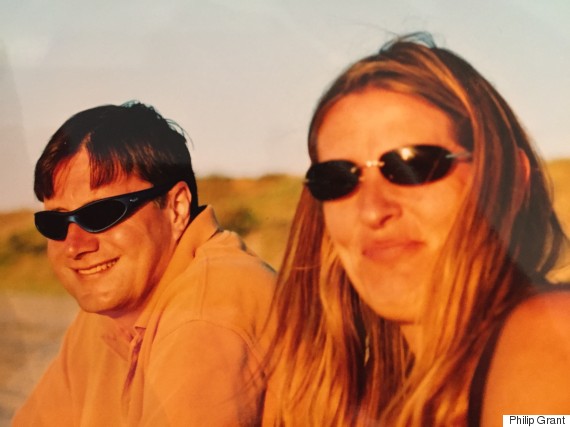 I grew determined to get Liza to a doctor. At first, she refused to go: as far as she was concerned there was nothing wrong with her. When I persisted, she reluctantly agreed to see our GP, but refused point blank to let me go with her. Unsurprisingly, the doctor, who had probably not been given anything like the full story, did not think there was too much to worry about – perhaps the menopause was to blame. But I knew, and so did others, that there was something very wrong indeed. Fortunately, I was – and remain – great friends with Liza’s brother, and together we managed to persuade Liza to go back to her GP. The difference this time was that we had written to the doctor with a list of the symptoms we had observed. The penny dropped, and Liza was referred for a brain scan.

We had perhaps expected a diagnosis of depression or some other mental illness. We were not prepared for what we were told: Liza had one of the less common forms of dementia, called frontotemporal dementia (FTD), which first affects personality rather than memory. It is incurable, progressive and ultimately, fatal. Liza was fifty-three years old and had been given a death sentence. The only mercy was that because of her FTD, she was completely unable to understand what it meant. 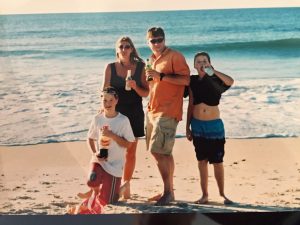 The effect on us as a family was profound. Quite apart from the emotional difficulty of coming to terms with Liza’s diagnosis – which is a story in itself – there were practical considerations: I still needed to work to support the family but how could I head off to the City every morning knowing that Liza’s illness could lead her to do and say things that might harm her? The boys were away at school, studying for ‘A’ Levels, which meant that Liza was on her own at home; she could no longer drive because she had been forced to surrender her licence but she could – and did – wander. I would receive phone calls at work from friends – or the police – to say that she had been found on a busy road, or completely lost on a country lane.

For a while I was able to rely on the informal support of friends in the village, but it quickly became clear that I would need professional help. I arranged for carers to spend time with Liza. They would take her out for trips and make sure she was safe during the day. But that still meant that I had to take responsibility for all the things at home that Liza was no longer able to manage – running the home, cooking meals, sorting out problems. It was exhausting and depressing, trying to juggle my roles as a company executive, a husband and a carer. As Liza’s condition progressed and she became ever more dependent and vulnerable, something had to give.

I eventually decided to give up my full-time job: I did not feel that it was fair on my fellow directors that I could no longer give the wholehearted commitment that my role demanded, and I wanted to be at home with Liza. Naturally, there was a financial impact of that decision but for both practical and emotional reasons it was the only decision I felt I could take and I have never once regretted it. I had some savings and we managed to pay for Liza’s care partly out of those and partly through the proceeds of a critical illness insurance policy that we had fortuitously taken out many years before.

Life became very different for me and I had to adapt to a whole new routine, where intimate personal concerns replaced high-level financial ones. By that time, we had a live-in carer and between us we managed to provide a safe environment, an arrangement that lasted for nine months until it became clear that Liza had deteriorated to the point where she needed to be in specialist residential care for her own safety and wellbeing. That was probably the most difficult decision of my life and as I drove away from the care home on the first day I was racked with guilt.

Liza had two and a half years in the care home. She was happy there and wonderfully looked after as, one by one, her mental and physical abilities slipped away. She died peacefully last October at the age of 58, just five years after her initial diagnosis.

Dementia had destroyed Liza’s life, but it had also caused huge damage to our family. We struggled for years to cope emotionally, practically and financially with its consequences and we are now having to come to terms with grieving for the death of a wife and mother who, in truth, was taken away from us many years ago by this cruel disease.

Ever since I was fortunate enough to be introduced to the work of Alzheimer’s Research UK, I have been determined to do what I can to spread the word about dementia and its effects: I have spoken on radio, on television and at conferences about the condition and the devastating consequences it has had for our family.

Dementia destroys lives, careers and relationships; it is indiscriminate and pitiless in its choice of victims. We must find a cure.

View all posts by Philip Grant →

In the News – Proteins, Pedal Power and Promising results
Why dementia doesn’t need to be the biggest killer

9 Responses to Dementia destroys lives…we must find a cure