You are here: Home > Disrupted sleep – a cause or consequence of Alzheimer’s?
By honor pollard on 15 July 2019 0

It’s important to get enough sleep to stay healthy and feel well rested. We’ve all experienced a bad night’s sleep and probably know that it can have an impact on our memory and thinking skills in the short term. But could sleep problems have a long-term effect on the brain? 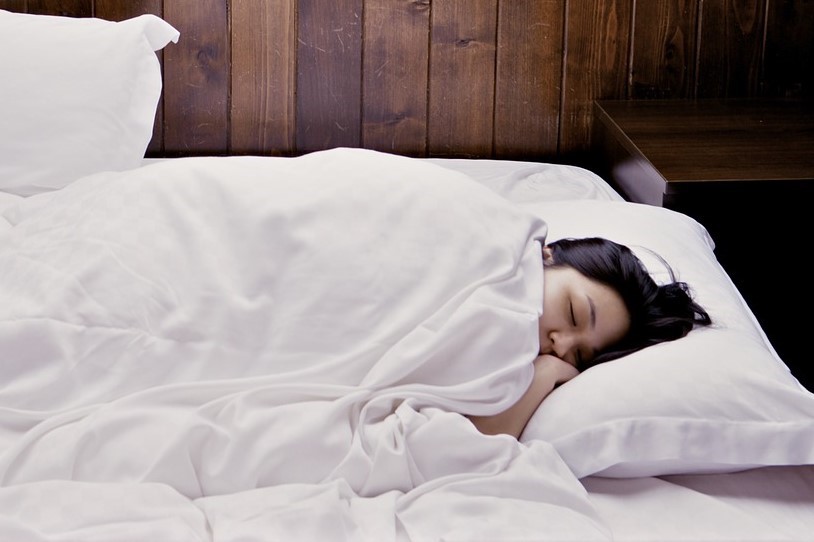 Growing evidence points to a link between poor quality of sleep and an increased risk of Alzheimer’s disease. We know that disturbed sleep can be one of the earliest signs of Alzheimer’s and it often occurs years before changes to memory and thinking skills start to show. But this is not the full story when it comes to sleep and dementia.

A number of studies have shown that interrupted sleep may speed up the progression of Alzheimer’s in the brain. But it’s difficult for researchers to tease apart cause and effect. They need to work out whether poor quality sleep might contribute to the development of the disease or vice-versa.

Research in mice has shown that continued lack of sleep can increase levels of amyloid, one of the hallmark proteins involved in Alzheimer’s. Amyloid protein clumps together in Alzheimer’s disease and triggers damage to the brain.

Many scientists believe that there may be a vicious cycle where sleep problems lead to amyloid build-up, which then further disrupts sleep, and so on.

How do researchers study sleep?

To do this, Dr Rihel’s team are working with zebrafish. Zebrafish are well suited to sleep studies because they have similar brain circuitry to that thought to regulate sleep in people. With your support, his team hopes to discover the connection between amyloid, nerve cells and sleep disruption in dementia.

Young zebrafish have see-through brains, meaning researchers can see their brain activity really clearly. Dr Rihel and his team will now identify key brain cells that react to amyloid and regulate sleep patterns. In the long term, they hope that these studies will reveal targets for new drugs that could tackle Alzheimer’s disease.

How does sleep affect amyloid build up?

Like with most things that build up, there are two ways that the brain can end up with too much amyloid. Either the body keeps making more of it, or it’s not very good at getting rid of it.

The amount of amyloid in the brain goes up and down throughout the day. Well-rested mice have the highest amyloid levels when they’re awake and the lowest during sleep. Disrupt sleep and this cycle is broken, causing amyloid levels to continue to rise.

If nerve cells make amyloid when they are active, then lack of sleep could be driving up the activity of these cells. This could be one way that prolonged sleep problems contribute to the risk of Alzheimer’s.

But research has also shown that amyloid is cleared from the brain more efficiently when we’re asleep. So as well as causing us to make more amyloid, sleep problems may also stop us from clearing it away.

Two main biological systems remove waste from the brain; the glymphatic system and microglia cells. The recently-discovered glymphatic system works like a series of drainage canals, while microglia are the brain’s immune cells, which act more like binmen that actively remove rubbish.

Studies have shown that drainage through the glymphatic canals can increase by as much as 60% during certain stages of sleep. If this process is disrupted, it could slow down amyloid and other waste products being moved out of the brain.

The glymphatic system: Spinal fluid flows between blood vessels in the brain, creating a current that clears away amyloid.

What is next for research?

With your help, a £1.5 million programme of work is underway at the UK Dementia Research Institute at Imperial College London to better understand the links between amyloid build up and sleep.

In a series of experiments researchers, led by Prof William Wisden, will investigate the different processes that are going on in the brain during sleep.

Their work will help us better understand the importance the brain’s cleaning mechanisms in reducing the risk of dementia. In part they will focus on whether the hormones that control the clearance of amyloid could be suitable targets for future treatments.

At this point, we can’t say whether improving sleep can reduce the risk of developing Alzheimer’s. But this is an important and active area of research and scientists are making crucial progress unravelling what could be a key factor affecting our risk of dementia.

Donate today to help us fund even more pioneering research.

View all posts by honor pollard →

MPs call for more investment in dementia research
When will there be a blood test for Alzheimer’s?