You are here: Home > Global collaborations: Advising the development of a new Public-Private Partnership in Japan
By Dr Matthew Norton on 30 March 2017 0

I have recently returned from Japan, where the Health and Global Policy Institute (HGPI), working with Agency for Medical Research and Development (AMED) of the Japanese Government invited me to travel to Tokyo – funded by the Japanese Government – to talk to them about my experiences of helping to lead a UK dementia charity with a global outlook. 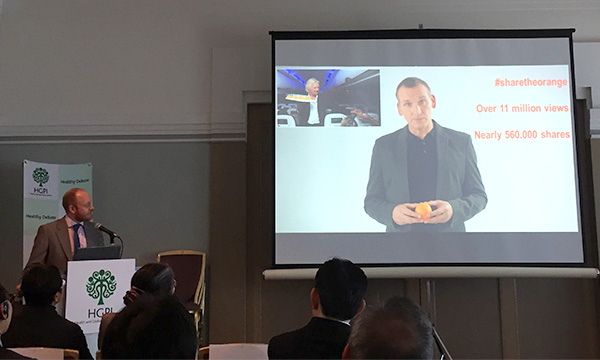 The Japanese Government are putting together plans to develop a public-private partnership in dementia that will be funded by both the Government and Japanese companies. Japan does not have the same concept of charity that we have in the UK, so a public-private partnership is probably the closet model to a charity they have. It was clear from the attendees of the main meeting (CEOs of key Japanese technology and pharmaceutical companies) that there is widespread support for the initiative. The HGPI are currently scoping out the focus, structure and funding model for the partnership and I was invited to a series of meetings to talk about ARUK and the lessons Japan could learn from the charity. It was a huge honour to be invited and for ARUK to be seen as a world leading organisation that other countries can learn from.

The Japanese model is yet to be finalised, but is likely to include a mixture of care and research and be set up as an independent entity with its own remit and governance. They were interested in how ARUK developed our Vision and Mission and the focused and innovative research programme we have put together to achieve these ambitions. I had the opportunity to showcase initiatives such as the ARUK Drug Discovery Alliance and the Dementia Consortium to demonstrate our pioneering approach. The audience were also very interested in the ways in which we work to influence key UK Government initiatives like the Dementia Challenge to 2020, as well as our award winning awareness raising campaigns such as Share the Orange. It was clear there was great admiration for our laser focus and innovative approach and HGPI are keen to develop their model in a way that adopts the same dynamic style.

I am looking forward to the report and recommendations, which will be published in May and we hope there will be further opportunities for collaboration with this new organisation and the cutting edge dementia science happening in Japan. 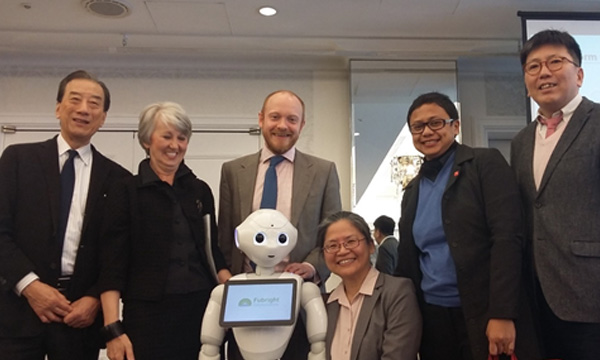 During the meetings, I was also fortunate to see a demonstration of Pepper, a robot with a form of artificial intelligence. Pepper is being used in Japan to support the care of people with dementia. It has the ability to adaptively learn the needs of the people who it is supporting, as well as learning through analysis of data from all the other Peppers working in Japan. Although I was admittedly a little sceptical about how personable a robot could be, it was clear from the films we watched that Pepper has the potential to offer a high-level of care and companionship to people with dementia. The robot will only improve as it learns from the constant stream of data it receives during each interaction. Although I don’t think robots like Pepper could, or should, replace care professionals any time soon, they certainly offer an interesting and potentially helpful way to enhance the care of people with dementia and I watch its development with interest.