You are here: Home > He will always be my Dad, no matter what memories Alzheimer’s disease stole from him
By Stuart Lambie on 15 June 2020 0

This Father’s Day I’ll be lacing up my trainers for Dad and dementia research, and here’s why. 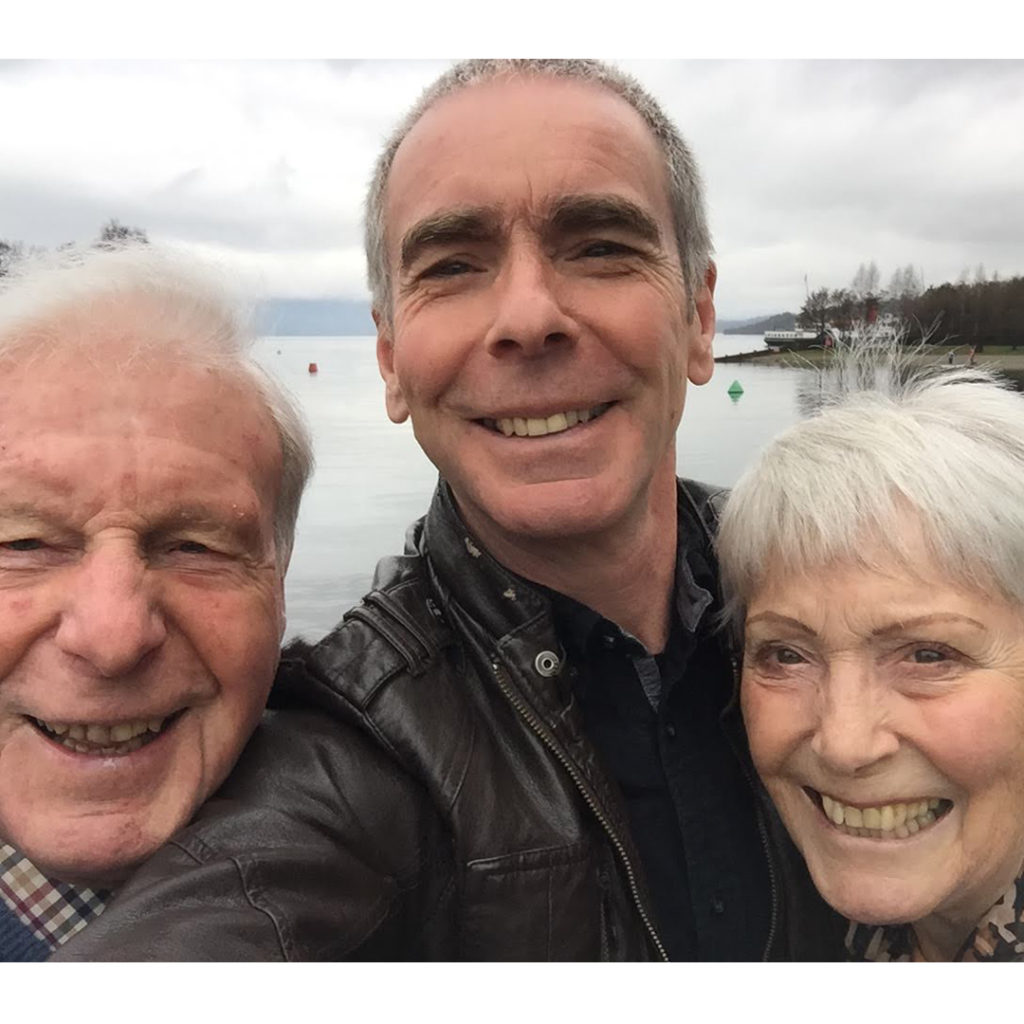 Dad was an excellent dancer, he loved all kinds of ballroom dancing and cut a sharp figure on the dancefloor. So, having asked Mum to go dancing for their first date, the rest is history!

He was also a talented footballer when he was younger, playing amateur football at a high level, scoring goals and winning in Scottish Amateur Cup Finals at Hampden Park.

However, it was his running that became a family affair and ultimately one of his lasting legacies to us.

First his youngest grandson Jamie Lambie, followed in his running footsteps and then I took it up again, 45 years after I last ran when I was at school! When I signed up to Running Down Dementia in 2018, the reason was an emotional but important one, and I haven’t looked back.

Although Dad was fit, running into his early 80s, we started to notice something wasn’t right when he began to forget things. We tried to get him to go and see a doctor, which was a battle in itself. However, we eventually managed to get him there and following a referral he was diagnosed with Alzheimer’s disease in 2011.

From then, Dad’s condition inevitably deteriorated, initially at a slow pace, latterly much more quickly. At first his short-term memories started to disappear, and then he lost any ability to make the simplest of choices and decisions, like choosing from a restaurant menu. Socialising in a group was impossible, and he developed a compulsive need to check things. His walking gradually became more unsteady, leading to a few trips and falls.

As time went by he became very uncooperative , refusing to do what Mum asked him on a daily basis, causing a huge amount of emotional upset.

In the last couple of years before he died, Dad could no longer verbalise what he was thinking. After a while he pretty much stopped talking at all, and for Mum, the house became a silent place, which was really tough for her: her partner of more than 60 years no longer able to ask or answer a question, or have any kind of conversation.

By late 2018 Dad started to behave aggressively, and would curse and swear at Mum. At times he could be physically aggressive. This was not the man we had known: this was not my dad who, throughout his life previously, was the most polite and lovely man. I had never even heard him swear before he developed Alzheimer’s disease.

This illness had stolen my dad.

This, along with night-time incontinence and everything else, took its toll on my 85-year-old mum and so last year Dad, aged 93, moved into a care home where he got the support he needed, to take the pressure off Mum.

Although Dad settled in well to his new home he sadly died on April 18, this year, aged 94. He passed away peacefully, with my mum, his best friend of 69 years, by his side, something that we were so thankful that she was able to do in light of the COVID-19 restrictions.

We will all remember Dad as a perfect gentleman, a devoted husband, a wonderful, caring father and a perfect role model for me, my sister, his grandchildren and great grandchildren.

Watching my brilliant dad deteriorate over recent years, and seeing the impact this had on my mum, compelled me to start running again! 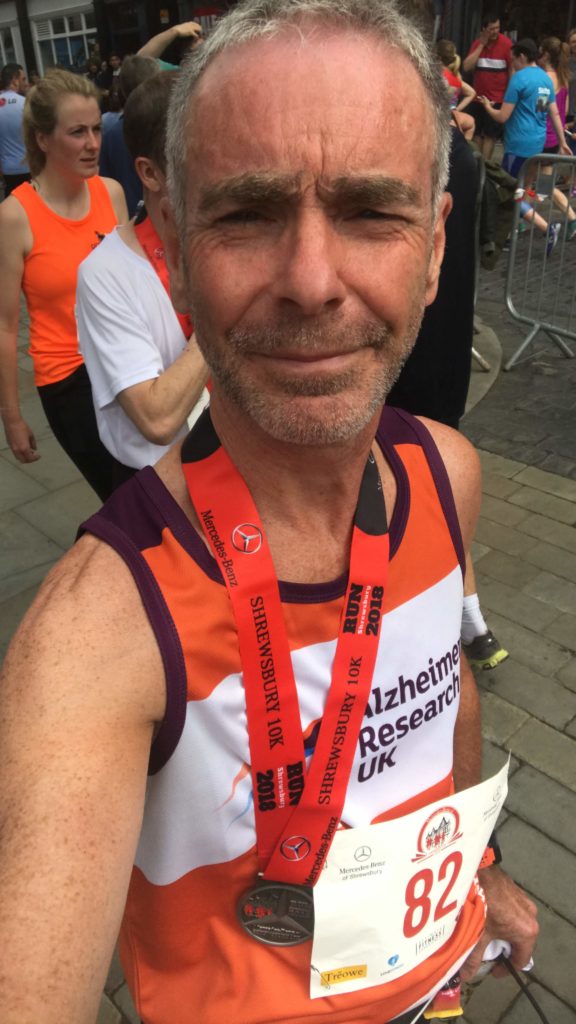 I started back in February 2018 when my son’s marathon training inspired me to get going. After running my first couple of parkruns, I saw the partnership with Alzheimer’s Research UK and the Running Down Dementia challenge. I signed up and went on to complete 250km, including three 10km races, raising around £750.

I decided to up my challenge last year and ran 1,000 miles, including four half-marathons and raised more than £1,000.

Now at the age of 60 I’ve run my first marathon, albeit a virtual one around the country lanes near my home. I was meant to be running the Virgin Money London Marathon on April 26 for Alzheimer’s Research UK but when it was postponed, I decided to run the 26.2 miles locally anyway. To date, I have raised just over £4,000 since my marathon journey started last year, which I think Dad would’ve been proud of. Sadly, he passed away a week before race day, but this made me more determined than ever to run in his honour.

I run to raise awareness of this terrible condition and to raise much-needed funds for research so other families don’t have to go through the heartache of dementia like mine has.

A life-changing dementia treatment would mean so much for my family, as I’m sure it would for yours too. You can help dementia research by donating today, or why not sign up to Running Down Dementia yourself?

You can make the challenge you own and walk, jog or run to the finish line on August 31.

Stuart Lambie has been a supporter of Alzheimer’s Research UK since 2018 after signing up to Running Down Dementia in honour of his dad. Stuart’s dad was diagnosed with Alzheimer’s disease in 2011 in his mid-80s and sadly passed away, aged 94, in April 2020. Stuart continues to run and fundraise for dementia research, having raised thousands of pounds since he took up running in 2018.
View all posts by Stuart Lambie →

Untangling frontotemporal dementia
Behind the headlines: COVID-19 and dementia