You are here: Home > The Higher Education and Research Bill – what this could mean for dementia research
By Susan Mitchell from Policy news on 6 September 2016 0

Today the Higher Education and Research Bill, which proposes changes to the structures and funding mechanisms for teaching and research in Universities, starts the next stage of its journey towards becoming law as it reaches committee stage in Westminster.

So what does the Bill propose, and why does it matter to dementia research?

The Bill has been drawn up to address recent changes in the Higher Education landscape with the introduction of student fees, which in turn means that potential students want better assess the quality of teaching at each institution. The Bill proposes a range of changes that seek to redress the balance between teaching and research, including the creation of an Office for Students, the introduction of a Teaching Excellence Framework to assess the quality of teaching at each institution, and, crucially, changes to the Research Councils who are responsible for distributing government funding for research projects.

We have been working with the Association of Medical Research Charities, of which Alzheimer’s Research UK is a member, to brief MPs on the perspective of medical research charities. 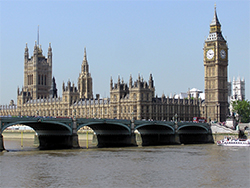 There are several key concerns we are highlighting. Firstly, there is ambiguity regarding how the Research Councils will be able to collaborate with other organisations. Currently ARUK is working in partnership with the Medical Research Council to develop the new £150 million Dementia Research Institute. Such a flagship initiative needs collaboration between multiple organisations, however the proposed bill may make such partnership working much more difficult in future. Any additional barriers to joint working risk stymieing such future initiatives.

Secondly, the proposed split of the research and teaching functions in the current structure could have a negative impact on research. It is important to ensure that by detaching teaching and research in this way there will not be fewer opportunities for students to engage in the mechanisms of research. Within dementia we need more researchers to join the field; if they don’t get exposure to the challenges and innovations within dementia during their undergraduate degrees, we risk them not choosing to get involved in dementia research. The introduction of a Teaching Excellence Framework, as a separate measure of teaching quality, could result in a range of unintended consequences, such as competing tensions for academics to deliver both excellence in research and in teaching in siloes. It is possible that teaching only positions will develop, as opposed to current academic posts which mix research and teaching, which undermines the multi-faceted role of an academic.

Finally, the proposed bill could create further tensions within the research funding system across the UK. There is currently a dual funding system, where some aspects of funding are UK wide, whereas other elements are delivered in England, Scotland, Wales and Northern Ireland respectively. The proposed structural changes will bring these into one organisation, albeit in separate departments, which could create conflicts of interest if not carefully managed.

Our briefing to MPs who will sit on the Bill Committee highlights these points, so that during the detailed scrutiny of the Bill such issues can be considered and the Bill potentially amended to minimise negative impacts.

Reading the signs – Fred’s story
Why I’m Running Down Dementia: I’ve never been so proud of myself