You are here: Home > How I conquered an extreme marathon
By Richard Bazeley on 1 August 2016 0

Richard Bazeley completed one of the hardest marathons in the world for Alzheimer’s Research UK. On 21 May 2016 he embarked on The Great Wall Marathon in Beijing, China. Facing 5,164 stairs, Richard writes about the intensity of the race, and how extreme events like this are becoming the biggest fundraisers around.

“I arrived at 6am on race day with the first wave starting at 7:30am from Yin and Yang Square. Even then it was already warm. As I crossed the starting line the route was comfortable for just half a mile before it went uphill for three miles. By the top I was hot and sweating and I knew it was going to be tough – as I got up to the wall’s steps my run immediately became a walk.

“The steps are not all the same height so it was difficult to get a rhythm going as I went down. If I negotiated a step badly and took my weight off too soon I’d risk jarring myself, and if I went too fast I’d risk falling, so it was a slow process. It soon became an uneven surface with random footholds rather than stairs. Despite the struggle I was overwhelmed by the spectacular views.

“After passing the first part of the wall I ran along a flat section of road before going onto rural unsurfaced paths, where I ended up being overtaken by a small herd of sheep. You don’t get that at the London Marathon! Running through local villages was the most fun because local families were all out, kids were high fiving and shouting encouragement and motorbikes whizzed by.

“Then came miles of tough hills. In pain and reduced to a walk, it took a lot of willpower to get through it. As I went back up the wall I started to wonder if I would make it. It was mind over matter, and I used handrails to drag myself up with my arms. I was doing two feet to one step at a time, stopping to rest here and there. 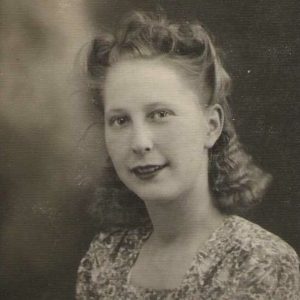 “I ran the race to raise money for Alzheimer’s Research UK and the whole experience was very emotional.  At the toughest parts, I had to think of my nan who had dementia and remind myself why I was doing it to help get me through it. Going back along the wall was very hard but I realised how incredible it was to be there and with each step I thought of how far I’d come.

“At the end of the wall I took one last look before jogging three miles downhill back to the square, where there was music, cheering and the announcer was saying the names of all runners as they finished so it felt like a hero’s welcome. The medal was hung around my neck.

“Challenges like this are becoming increasingly popular among fundraisers, and there are plenty of tough events such as marathons, ultramarathons and Ironman events right here in the UK. What I did is entirely possible with the right training. I did one long run a week, which was essential in making sure I could cover 26 miles, and I included some hills, which was the closest I could get to replicating the course.

“I would advise anyone doing a big challenge to study the route they’ll be doing. Look on apps like Strava for other people who have done it, look at the elevation gain data vs the person’s pace and heart rate to get an idea of what the run will be like. I would also recommend one speed session a week. This teaches your body to tolerate faster heart rates and paces so your marathon pace will feel easier.”

Richard is a 33-year-old runner from Aylesbury. He works as an Ambassador for parkrun UK in Buckinghamshire. Having run the London Marathon three times, as well as the Chester Marathon, Richard recently took on his hardest race yet - The Great Wall Marathon in China. He raised money for Alzheimer's Research UK during the challenge, in honour of his nan Irene Bazeley, who sadly passed away with dementia on 2 December 2015, at the age of 89.
View all posts by Richard Bazeley →