You are here: Home > In the news: Alzheimer’s drug trial set back
By Robin Brisbourne on 21 March 2019 0 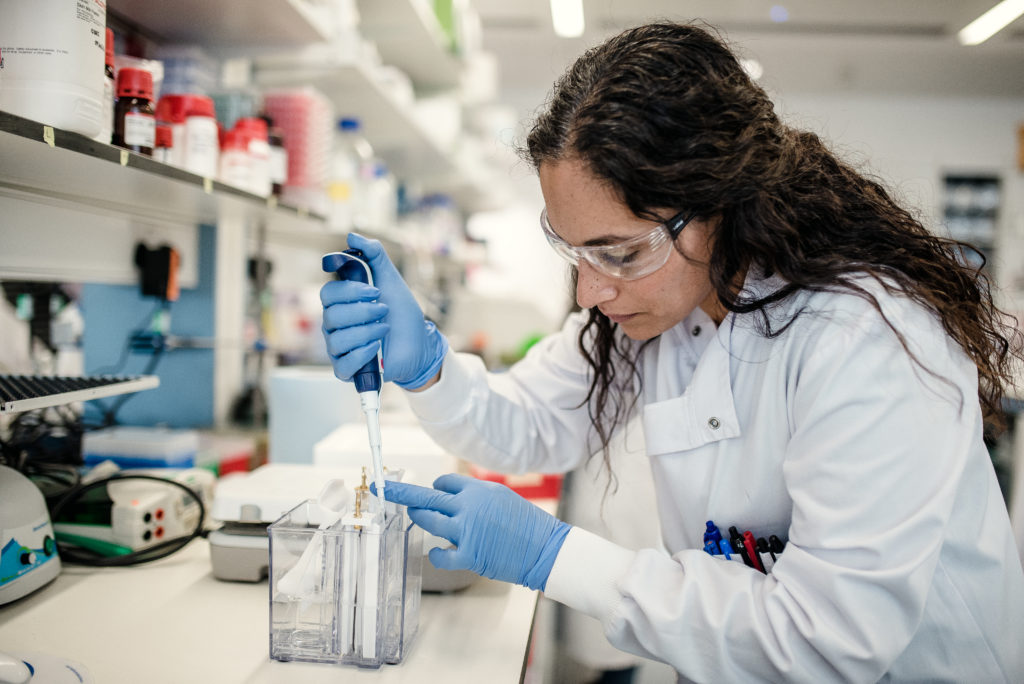 Early stage clinical trials of aducanumab had showed some encouraging signs. But these much larger, final-stage trials were stopped when an analysis indicated they were highly unlikely to improve people’s symptoms.

Aducanumab targets amyloid, a protein that builds up early in the brains of people with Alzheimer’s disease.

Anti-amyloid drugs like aducanumab are one of a number of approaches being explored by researchers working to tackle Alzheimer’s. This type of medicine has been an important area of focus as the amyloid protein is at the centre of our current understanding of the disease.

Amyloid protein is produced by nerve cells in the brain. In some people this protein can become sticky and clump together to form plaques. These plaques are a key hallmark of Alzheimer’s disease.

This build-up of amyloid protein is thought to trigger a biological chain of events that causes damage to nerve cells and the symptoms of Alzheimer’s. This idea is known as the amyloid cascade hypothesis.

Several drugs have been designed to target this process, but none has yet succeeded in improving the symptoms of people living with dementia caused by Alzheimer’s disease. 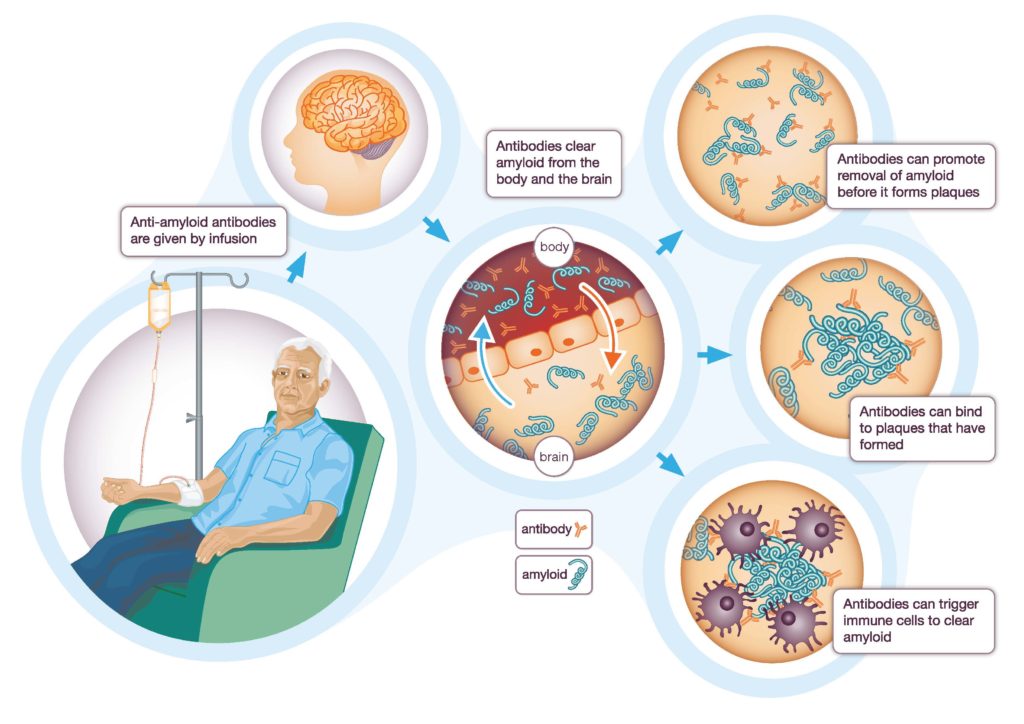 Findings like this are why researchers don’t put all their eggs in one basket. While there is good evidence that amyloid build-up is a key change that triggers damage to the brain in Alzheimer’s, they aren’t ignoring what else we know about the disease.

Alzheimer’s is complex and involves multiple biological processes. To have best chance of success, scientists must come at the problem from as many different angles as possible. And tackling processes that get underway after amyloid starts building up may be key to helping people who are already showing symptoms.

Our Drug Discovery Alliance is a great example of an initiative you’re helping to fund that’s boosting drug discovery efforts for non-amyloid approaches.

In dedicated labs at the universities of Oxford, Cambridge and University College London, talented scientists are already making progress towards new ways to slow Alzheimer’s and limit damage to the brain. They are taking aim at harmful processes like brain inflammation, and working to boost the brain’s natural waste disposal system.

Although these trials of aducanumab weren’t successful, this isn’t the end of the road for anti-amyloid drugs.

In a study involving more than 800 people in the mild stages of Alzheimer’s disease, the drug successfully reduced levels of the hallmark Alzheimer’s protein, amyloid and led to a slower decline in memory and thinking skills.

While several anti-amyloid drugs have fallen at the final hurdle in recent years, we continue to be hopeful about the results of ongoing trials with BAN2401.

While the trials halted today involved people with the very earliest signs of dementia, anti-amyloid drugs may have a better chance of success if we can test them even earlier.

A person is only diagnosed with dementia once the damage caused by Alzheimer’s disease starts to affect their day to day life.

By the time Alzheimer’s starts to impact someone’s memory and thinking skills, amyloid protein will have been building up in the brain for several years.

Alzheimer’s Research UK is working towards ways to reliably detect diseases like Alzheimer’s before any symptoms of dementia start to show.

This could allow us to target amyloid before it triggers the harmful cascade of biological processes that causes damage to the brain.

Any unsuccessful clinical trial of a dementia treatment is very sad news. But it’s not a closed book.

As a research community, we will take time to understand and learn from the results of the aducanumab trials. We’ll do this to make sure we’re making smarter decisions about treatment approaches being tested in the future.

The hundreds of thousands of people living with Alzheimer’s look to research for hope, and it is vital that we continue to invest in dementia research to make these breakthroughs possible.

Does Down’s syndrome hold the key to cracking Alzheimer’s?
7 things we learnt at the Alzheimer’s Research UK Research Conference