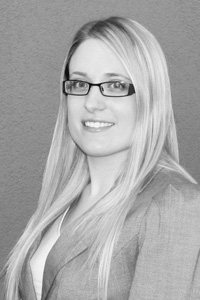 We spoke to Dr Jo Rushworth, a lecturer at De Montfort University, Leicester, about her research career. Dr Rushworth’s research is prize-winning; at last year’s Alzheimer’s Research UK conference, she won the Jean Corsan prize for the best scientific paper published in neurodegeneration by a PhD student.

I had awesome Chemistry and Biology teachers in school; that coupled with my home chemistry set “experiments” meant I always knew I wanted to be a researcher. During my Biochemistry degree at the University of Leeds, I obtained lots of research experience, including a year in Paris working in a microbiology lab.

At the same time, I’d developed a strong interest in teaching, and I actually went on to work as a Chemistry teacher for several years. During this time, my husband’s Grandma declined rapidly with severe dementia, which was very painful for the whole family. When my own Grandma started to show symptoms, I decided to return to research as a mature PhD student.

I had the opportunity to design my own PhD project under a Wellcome Trust scheme at the University of Leeds. I looked into the mechanisms of Alzheimer’s disease and also to tried and find ways to prevent it, as part of a brilliant team in Prof Nigel Hooper’s lab. After that, I went on to manage a research lab that focused on biosensor tests and developed the foundations of an earlier test for Alzheimer’s disease.

Having seen first-hand the devastating effects of dementia, I wanted to make a difference in the fight against dementia, both through scientific research and also by increasing public awareness of dementia and the need for more research funding.

My research is all about understanding how and why dementia happens on a microscopic level, so that we are able to design a cure. In the brain of somebody with Alzheimer’s disease, a normal substance called amyloid builds up to abnormally high levels. Amyloid is sticky and clumps together to form poisonous balls, which latch onto brain cells, stop them working properly and cause them to die. This malfunctioning and death of brain cells is what causes the symptoms of Alzheimer’s, so if we can stop the poisonous balls from building up and latching onto brain cells, then we may be able to stop the disease. One of my experiments showed that natural substances in red wine and green tea can re-shape the sticky balls so they can no longer latch onto and poison brain cells.

This sort of fundamental research into dementia is absolutely vital. We need to have a complete understanding of how Alzheimer’s disease happens at the molecular level, so that we can design medicines to prevent it. The incidence of Alzheimer’s disease is skyrocketing due to the global increase in life expectancy, which means that one in three of us over 65 will die with some form of dementia unless a cure is found. We have to act quickly.

Winning the Jean Corsan prize has definitely been the highlight of my career so far. I hope that my Grandma would be proud of me. I was extremely humbled to meet the Corsan family and to listen to how their lives were so sadly affected by dementia. We had a lot of experiences in common and I was blown away by their courage and determination to encourage scientists to carry on the battle against dementia. The Corsan family were a true inspiration; they reminded me why I’m trying to play my small part in a global fight.

Other career highlights would have to be inventing my own biochemical technique, which I called Midland blotting after my Leicester roots, and also having my research discussed on Radio 4 and by Richard and Judy last year.

Please don’t underestimate dementia; its graphic and unrelenting violence towards our loved ones will only stop if we can fund research to find a cure.

I’m busy with sewing, knitting, crochet, decopatch and making fancy cake stands at the moment; my Mum and I hold a craft sale each year to raise funds for Alzheimer’s Research UK in memory of my Grandma. I’m also learning Mandarin Chinese and I love a game of poker, even though I don’t often win. Above all, I love spending time with my husband and my family.