You are here: Home > Looking for answers beyond the brain
By Katy Stubbs on 27 July 2018 0

Our brains don’t exist in isolation, separate from the rest of the body, but are connected in a variety of ways. While dementia is caused by diseases of the brain, researchers are looking for answers in other parts of the body to understand how changes there could be impacting the brain. Here at the Alzheimer’s Association International Conference (AAIC) in Chicago, we’ve been hearing from scientists exploring the link between the gut and the brain. 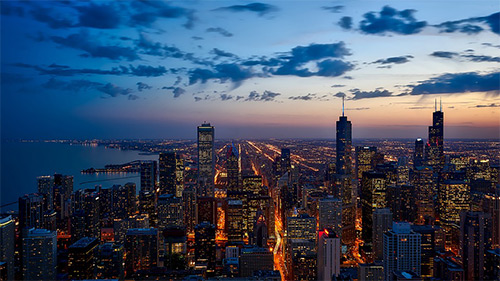 Our intestines are packed full of bacteria, in fact, there are as many bacterial cells in our body as there are human cells. While bacteria are often thought of as detrimental to our health, inside our gut many different types of bacteria do important jobs, helping to digest the food we eat to allow our intestines to absorb nutrients. 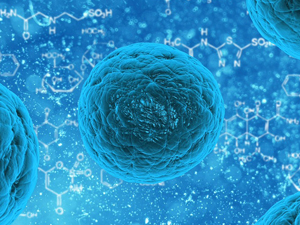 This community of bacteria in our gut is called the microbiome, and its make-up is affected by things like the environment in which we live and the foods we eat. A healthy gut has a precise balance of different types of bacteria that make up the microbiome, and changes in it are thought to have far-reaching affects on other parts of our body and health.

How are the gut and brain linked?

There are a number of systems that link the gut with the brain, and one key link is the blood. Our circulatory system connects all the organs in our body, meaning that molecules released in our gut, such as those involved in inflammation, can reach our brain.

As well as the blood, there is a special nerve called the vagus nerve that links the brain and gut. The activity of this nerve causes the contraction of our stomach and intestines, helping to churn and break down food during digestion. However, it is not a one way street, and the vagus nerve can also feed information back to the brain from the gut.

It has been known for some time that constipation is an early and common symptom of Parkinson’s disease. As Parkinson’s is associated with problems controlling movement, researchers thought that people with Parkinson’s may also have changes in how the intestines contract and that this contributes to the disease. What has emerged from research is that there are also changes in the microbiome that could be underlying these symptoms.

Kathleen Shannon spoke at AAIC about her work that has looked at the microbiome of people with Parkinson’s, in which she found a change in the make-up of the bacteria in the gut. She saw that there were higher levels of bacteria that can increase inflammation and lower levels of those that can dampen down inflammation.

What do we know so far about the gut-brain link in dementia?

Increasing evidence supports a link between the gut and the brain, but we are still in the early days of unpicking the biological mechanisms underlying it.

Prof Sangram Sisodia spoke at AAIC about his team’s research exploring the link, working with mice bred to have features of Alzheimer’s disease and treating them with antibiotics to see if this altered the microbiome. They found that treating young mice with antibiotics for just one week had a lasting impact on the composition of the microbiome. When they looked at the brains of the adult mice, they found changes in the build-up of the Alzheimer’s protein, amyloid, in the male mice, but not in the female mice. They also saw alterations in the shape of the immune cells in the brain, suggesting there were changes in the way these cells were working. Future research following on from this will need to explore the differences between male and female mice, and establish whether there are also differences between the microbiome of men and women and the response to antibiotics, and how this relates to dementia. We will also need to understand exactly how antibiotics alter the human microbiome and whether any changes are beneficial or detrimental to the health of our gut.

As this is a relatively new and growing area of research, there is still lots for us to discover. While studies have shown alterations in the gut bacterial profile in people with Alzheimer’s and Parkinson’s, we don’t know whether this is driving the disease processes or is a consequence of changes taking place in the brain. It will be important to understand whether different microbiome profiles are associated with different types of dementia, if it’s possible to alter the microbiome to reduce the risk of the condition, and whether this could also slow the progression of the diseases that cause dementia.

We are proud to be supporting studies into the gut microbiome at the UK Dementia Research Institute at Imperial College London, where researchers are working to answer key questions about the link with brain changes in dementia.

This groundbreaking research is only possible due to amazing supporters like you. Donate today and help us drive progress in life-changing dementia research.

View all posts by Katy Stubbs →