You are here: Home > Looking to the future for dementia with Lewy bodies
By Robin Brisbourne from science news on 8 May 2018 1

When the family of the late Robin Williams revealed that the actor had been living with dementia with Lewy bodies (DLB), it threw a spotlight on a disease that many people had not heard of before. Alongside tributes to his huge talent, extraordinary career, and inspiring personal qualities; many news outlets reported how the comedy icon had his life turned upside down when he developed a ‘rare brain disease’.

But, while dementia with Lewy bodies can certainly have an enormous impact on people’s lives, unfortunately it is by no means rare. There are around 100,000 people in the UK with this form of dementia, similar to the number of people that are living with a brain tumour or affected by AIDS. So why is it that relatively few people have heard of DLB?

Well, it may be that awareness of the condition suffers from it sharing features with two much better-known brain diseases – Alzheimer’s and Parkinson’s disease. This overlap can present a slightly confusing picture, in which DLB sometimes gets overshadowed by these other conditions.

In the clinic, these similarities pose another challenge. Doctors look at a person’s symptoms in order to diagnose a specific brain disease. When symptoms are common to more than one condition, it can be difficult to tell them apart. Robin Williams was originally diagnosed with Parkinson’s disease, and all too often it can take a long time before people with DLB receive an accurate diagnosis.

What are Lewy bodies? Let’s recap!

For those of you who might not have heard of DLB before, in a healthy brain, a protein called alpha-synuclein plays an important role in helping nerve cells inside our brains communicate with each other. In some people, alpha-synuclein begins to stick together eventually forming clumps called Lewy bodies that can cause nerve cells to work less effectively and die.

When lots of nerve cells die it can cause widespread damage in certain parts of the brain and as a result, they stop working as well as they did. As such, people with DLB experience varied symptoms including:

Because of this enormous variability of symptoms, it is difficult to establish clear guidelines for doctors to use to diagnose DLB.

The importance of a better diagnosis 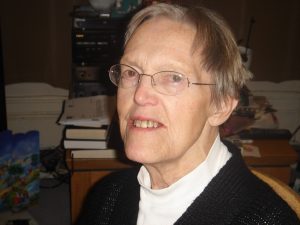 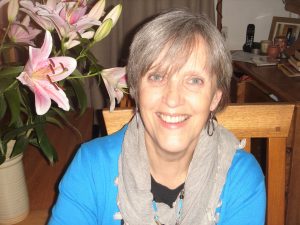 Bridget Hunt is one of countless people that have been affected by DLB. Sadly, her Mum, Rose, died of the disease in 2015. Bridget, like many others, knows the importance of an accurate and timely diagnosis. Current treatments can help improve the quality of life for people with DLB, but as Bridget noticed while caring for her mother, they are often most effective earlier on in the disease.

Bridget is passionate about raising awareness of DLB, and fighting for a better future for people living with the condition

“Mum was in her late 70s when she first realised something was wrong – she started having visual disturbances but it was put down to a migraine. Dementia with Lewy bodies is the third most common form of dementia but no one seems to have heard about it. I find it so frustrating and I’m determined to help raise awareness and much needed money for new treatments.”

Change-makers – paving the way for the future

Stories like Bridget’s are why researchers are dedicated to better understanding DLB and finding new ways to diagnose and tackle the disease. Last month at the annual Alzheimer’s Association International Conference 2017, researchers got together to listen to a presentation from a leading DLB researcher Dr Ian McKeith, who shared his recommendations for improving the way DLB is diagnosed.

One aspect of DLB that has emerged through this research is a strong link with changes in the way people sleep. Sleep-related disorders are common in people who have a DLB, and this change often emerges before other symptoms set in. This could be a useful marker for clinicians to detect signs of the disease sooner and treat the person earlier.

A better understanding of symptoms is a key way to improve diagnosis, but research is investigating other approaches that could help to identify people with the disease.

Thanks to your support, we’re funding several cutting-edge projects to improve the diagnosis of DLB. Dr John-Paul Taylor at the University of Newcastle is using brain scans to map changes in the brain that are related to DLB and help to understand why symptoms can be so variable. His work aims to provide key insights into differences between DLB and Alzheimer’s disease.

In another innovative project, Dr Taylor’s colleague in Newcastle, Prof Alan Thomas, is working to develop a biological test that could help identify people with mild memory and thinking problems who are most likely to go on to develop DLB. Techniques like this could one day provide valuable tools to support diagnosis and open the door to the best available treatment and care for the thousands of people who develop DLB every year.

Dementia is one of the world’s greatest challenges. It steals lives and leaves millions heartbroken. But we can change the future. Your donation will help power research.

Do you have a diagnosis of DLB and want to volunteer to take part in research? Sign up to Join Dementia Research to find out about studies recruiting in your area.