Rita Pepper’s daughter, Carla Bramall, is 40-years-old and in the late stages of dementia. The symptoms of the rare, inherited form of Alzheimer’s disease began when Carla was just 30. Carla’s father Barry died at 43 from the condition, and it’s also caused the death of her grandfather and uncle, while her cousin, like her, is in a care home. Rita speaks about what their family has gone through. 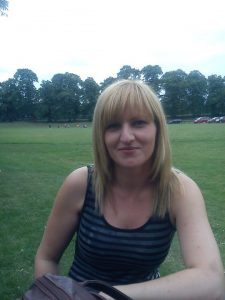 My daughter Carla is my best friend in the world.

She was a very happy child who loved her little brother Lee, we were all really close as a family. Of course then I had no idea what would become of my precious family, the pain and the torture of familial Alzheimer’s disease which would rip us apart.

It was in 1987 that my husband Barry was diagnosed with Alzheimer’s disease. We were sat in the National Hospital for Neurology and Neurosurgery in London, I remember it so clearly. At that stage it was believed it was inherited but they had few details about it. My wonderful husband lost his fight to dementia in 1993. It felt like the end of the world at the time – I was a widow at 37. 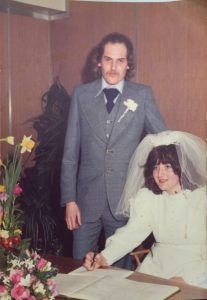 Barry and Rita on their wedding day.

Barry donated his brain to research, and by doing so was able to help scientists obtain vital information about the PSEN-1 gene which had caused the inherited condition. I was told my children stood a 50 per cent chance of inheriting the condition too. Every day after that I would look at my children and think ‘which one?’ Or ‘please God not both.’ We carried on with life hoping and praying it would not strike again. Then we received the news that my wonderful brother-in-law had developed the monster too, and we sadly lost him a few years later. His two children then faced the same prospect as mine, and his son Keith would later go on to get Alzheimer’s.

We tried to live life normally, and Carla went on to have two beautiful children who she loved dearly. She was a wonderful mum to both of them. Then little things started happening. She would get lost more easily, even on familiar routes, and then came a couple of minor car accidents after which she wouldn’t be able to tell me how or why it happened. 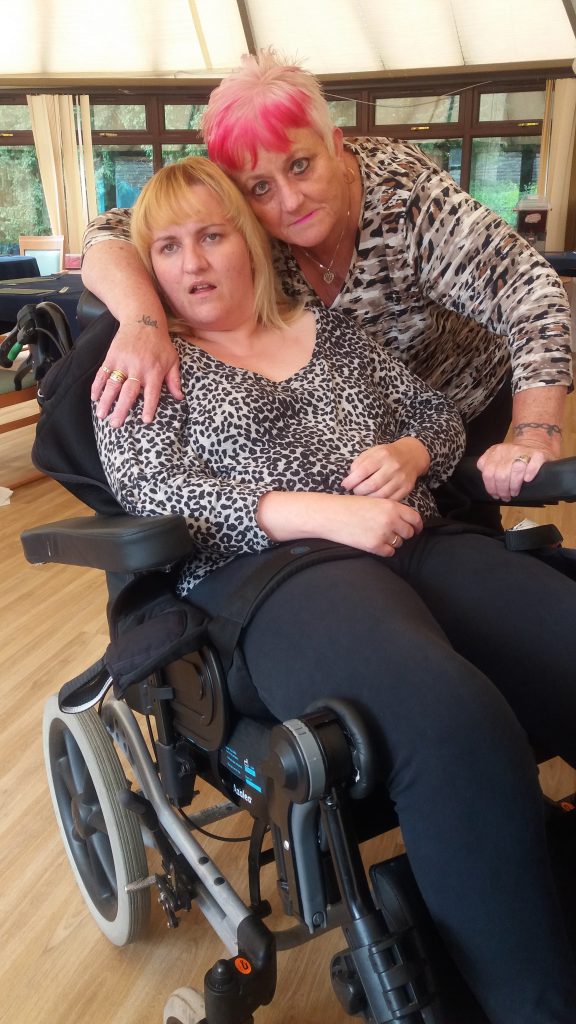 I would notice these things as her mum, but for such a long time no one else did. Getting a diagnosis was a struggle. Eventually we were referred to the same hospital where Barry had been diagnosed. There I saw Professor Martin Rossor, a consultant neurologist at the hospital. It was a relief to see him as he treated Barry as a young doctor when he was diagnosed. I finally felt we might get answers, and Carla was quickly diagnosed with familial Alzheimer’s disease, aged 36. I think I was in shock at the time. I sat there in silence as he confirmed Carla had the gene but inside I was screaming. How cruel can life be?

This is why I don’t want anyone else to go through what we have as a family. We so badly want to raise awareness and find a cure for this monster.

My grandchildren are living with me now, and I’ve made a promise to Carla to give them a good and happy life as long as I live and I’ll bring them up the way Carla would have done. I will never get over my daughter suffering like she has. She is still here physically, but I no longer know if she even recognises me and I miss her so much. I already grieve for her, and I miss her beautiful smile. For her I will fight to beat dementia.

Rita Pepper lives in Northamptonshire with her two grandchildren. Her 39-year-old daughter Carla is in the late stages of familial Alzheimer's disease and is bedbound in a care home. Rita lost her husband Barry in 1993 to the condition, when he was in his 40s, and the faulty gene was passed down to Carla. Rita is doing all she can to raise awareness of inherited forms of dementia.
View all posts by Rita Pepper →

16 Responses to My daughter Carla: dementia at 30