If you had tried to explain to me a few years ago what my life would be like now, I’d never have believed you. My partner Lance needs care 24/7, and MRI scans show that he has severe damage to his frontal lobe, temporal lobe and parietal lobe. These are regions of the brain that control vital functions including behaviour, memory and coordination. When Lance was diagnosed with frontotemporal dementia, he had a mental age of around six-years-old, in my opinion. Now he’s like a nine-month-old baby in an adult’s body.

I had the best love story with Lance – I just didn’t know it until now. I met him through his sister and one day I texted him out of the blue. Initially I was worried because I didn’t want to lose his or his sister’s friendship by telling him I liked him or that I wanted to go out with him- but luckily for me it worked out well! 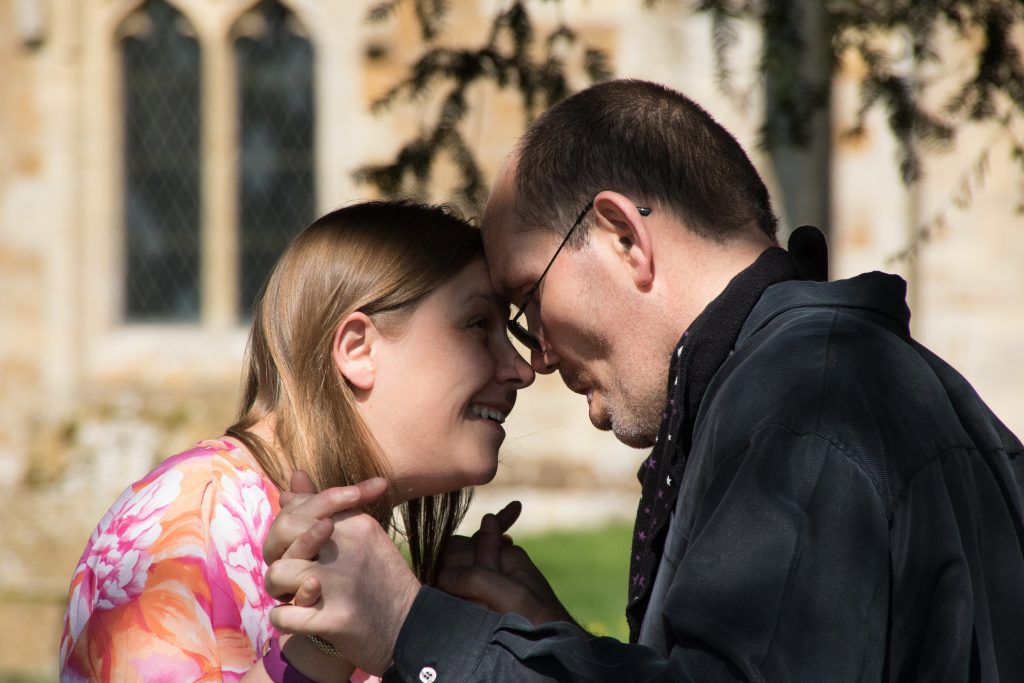 I remember having butterflies in my tummy when I started going out with Lance. Those butterflies lasted right the way up until 2012, when everything started to fall apart. I so wish I had those butterflies back.

Lance used to kiss me every morning before he went to work and again when he came through the door. When we were out we held hands. We had our own bubble I suppose and in some ways we still have, it’s just now a completely different bubble. The new bubble has love but it’s not the same kind of love, in some ways it’s deeper.

When caring for someone with dementia, you learn very quickly what works and what doesn’t to get you through each day. Every day I wake up and enter his world, I cannot bring him into mine anymore. Accepting this helps, it eases the frustration.

Lance has the behavioural variant form of the disease, and showed serious changes in behaviour. It quickly spread to issues with language, and now he is mute. Repetitive behaviours for Lance include switching the light switches on and off, lifting the bin lids, opening cupboard doors, rearranging his DVD collection, pacing and watching the same shows over and over again, sometimes for 12 to 18 months at a time. He also stamps on your feet, kicks out with his legs when you walk past him while he is sitting and hits out if you get in his personal space. Lance also displays inappropriate sexual behaviour at times.

The disease has affected his ability to do everyday tasks. In the morning we get up and I help him with what he needs to do – like using the toilet, showering, brushing his teeth, getting dressed, eating, and drinking.

But I can say it hasn’t been all bad. I won’t let it. I wouldn’t cope if we didn’t try and have some fun along the way. I’m also making my own memories which I hope in time will help me get through the end stage. It’s very hard to stay positive sometimes but I have learned to go with the flow as much as possible, take control as and when needed, giggle lots and I try to not take things for granted.

I have also learned to have fun. I found my inner child. You only live once. As Lance is quite child-like we try and make it fun, in between walking and watching his sensory lights and playing with his sensory toys.

In the past, before the dementia got to this stage, we used to puddle splash, kick leaves, run and play snap. I built a ball pool for Lance, he had a mini-trampoline in the front room, and we played on space hoppers and just did silly things. I felt liberated being able to enjoy childhood frivolities. Lance may not be able to do much now but he still likes to walk, even though some days it takes two people to help him do it. He still wants to be outside. I believe it’s because he’s feels free. 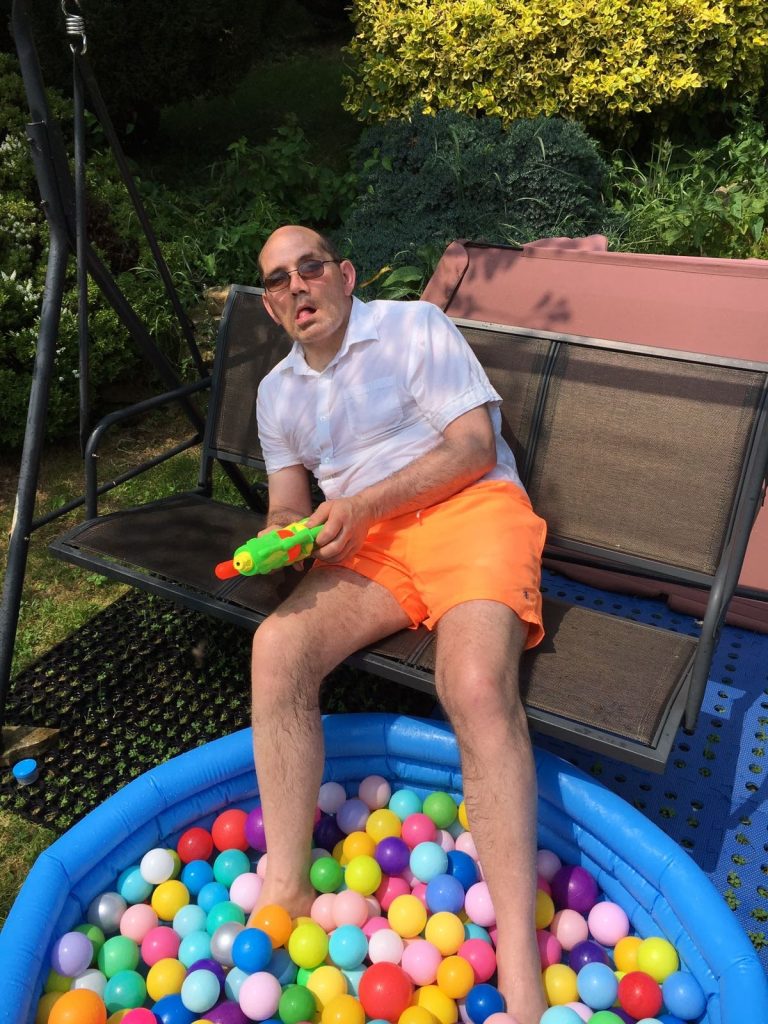 I hope one day there can be a cure for all forms of dementia. I’d do anything to have Lance back, which is why the work Alzheimer’s Research UK does is so very important, and why I wanted to share the story of our life together.

I miss our relationship, and even though after four years I’ve finally accepted I’m not going to get that back, I will always remember what we had. But I can honestly say that I can now look back and be thankful for what we had, my life with Lance.

You can read about some of Alzheimer’s Research UK’s research projects into frontotemporal dementia here.

Adele is the primary carer for her partner Lance, who is living with behavioural variant frontotemporal dementia. They live together in Brailes, Warwickshire. She wants to raise awareness of early-onset dementias and rarer forms of dementia, and the need for a cure.
View all posts by Adele Lotes →

Those hands that once held mine
How can a virtual reality game improve the diagnosis of dementia?

4 Responses to My life with Lance