Sean McGregor and his girlfriend Mia Rawlinson will be cycling the length of Britain this summer to raise funds for Alzheimer’s Research UK. The Northumbria University students will be cycling nearly 1,200 miles from Land’s End to John O’Groats, which will take over two and a half weeks. Here, Sean explains why they chose to support dementia research. 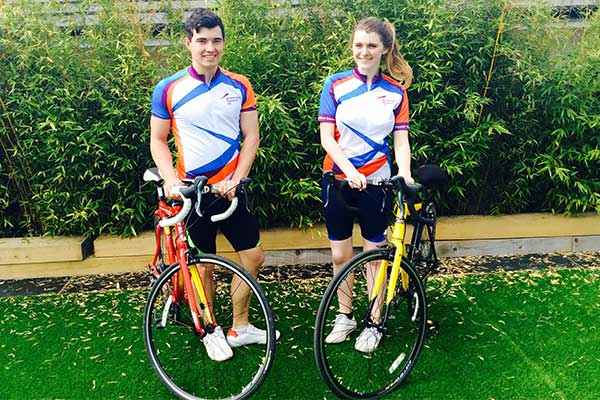 My inspiration for this challenge is my nanna, Monika. 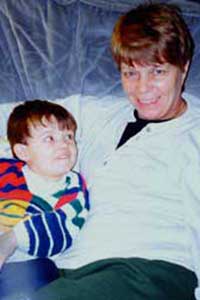 My earliest memory is with my nanna. I was nearly three years old and she had come to visit. We went to the park together and I took my inflatable Teletubbies ball. I kicked the ball to her and shouted, “Kick the ball Nanna!” She stepped up, swung her leg, missed the ball and landed on her backside. We both laughed when it happened and my nanna would always laugh during the countless times I retold that story over the last 20 years.

My nanna would come and visit me a lot as a child when I lived in London, taking me on trips to museums and parks or just going out on a bus ride. I would always race to the top if it was a double-decker and we’d sit at the front playing games. We would walk for miles, a hobby my nanna loved, or do a jigsaw puzzle together; she taught me how to do Sudoku and I’d never see her without a puzzle book.

At the age of 10, my mum and I moved up north, just a mile away from my grandparents. I saw my nanna almost daily. She’d take care of me after school, during holidays and the occasional days I got sent home from school ill or injured. We’d regularly get the bus into town where I’d help her with her errands – obviously making sure we timed it so we got a double-decker.

As I got older we got closer. We still had trips into the local town but we had a new game of walking the bus route and seeing how far we could get before the bus caught us. We created a tradition of going into town, running some errands and then going to a little café called Campbell’s. We’d order a sandwich (I always had tuna) and we became regulars. Once we’d finished, if the weather was nice, we’d get an ice cream before getting the bus home. This tradition continued until I left home at the age of 16. 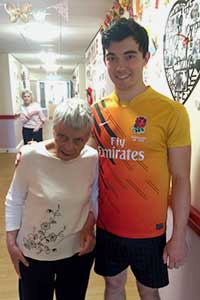 Over the following year my nanna developed symptoms of dementia, a condition she always feared after seeing her dad with it. Unfortunately she was diagnosed with Alzheimer’s in 2011, aged 68. Since then, my family and I have seen a gradual decline in her mental and cognitive ability and despite my nanna still being physically strong, she just isn’t the person she used to be.

She now lives with my grandad in an annex in my parents’ garden. When I visit, I still see glimpses of ‘my nanna’ if I mention things she loved such as tennis, jelly beans, Frank Sinatra or even certain Spanish phrases. Her eyes light up and she’ll talk and smile and laugh. Even if what she says doesn’t make sense, I can still see the nanna I grew up with and I know that a part of her knows who I am.

I can’t describe what it’s like to watch someone you know and love fade away gradually over a long period of time. It’s something you can picture and hope it never happens, but when it does you realise just how horrible the condition is and just how helpless you are. My nanna is now one of the 850,000 people living with dementia in the UK and 44 million people worldwide, most of whom will have family who will also watch on, helplessly.

That is why I’m inspired.

We have the power to defeat it.

You can support Sean and Mia here. You can also follow their progress on their blog here, from which this post is taken.

Sean is a student from Yorkshire, currently in his third year at Northumbria University. He decided to fundraise for Alzheimer’s Research UK after his grandmother was diagnosed with dementia at the age of 68. He is taking on an impressive challenge in 2016 of cycling from Land’s End to John O’Groats.
View all posts by Sean McGregor →

Brexit and a new Prime Minister – what now for dementia research?
Is Alzheimer’s written in your genes?

One Response to My nanna: jellybeans, buses and jigsaws