This International Volunteer Day, we asked Alzheimer’s Research UK Shropshire Fundraising Group leader Katie Foster to give an insight into her year in volunteering.

The group has had a fantastic year and recently celebrated exceeding the £50,000 mark following their formation in 2017.

Here, Katie explains what motivates her to keep doing her bit to support dementia research.

This year it would have been my dad’s 100th birthday, so 2019 has had an extra dimension for me, since he was the reason I started to support Alzheimer’s Research UK.

He died in 2007 having been diagnosed with Alzheimer’s disease in 2003. It was heart-breaking to watch him fade away. A man who used to love chess, difficult crosswords, music and dance, and adored his granddaughters, gradually disappeared to the point where he thought he was back in the prisoner of war camp he was held in for five years during the Second World War. 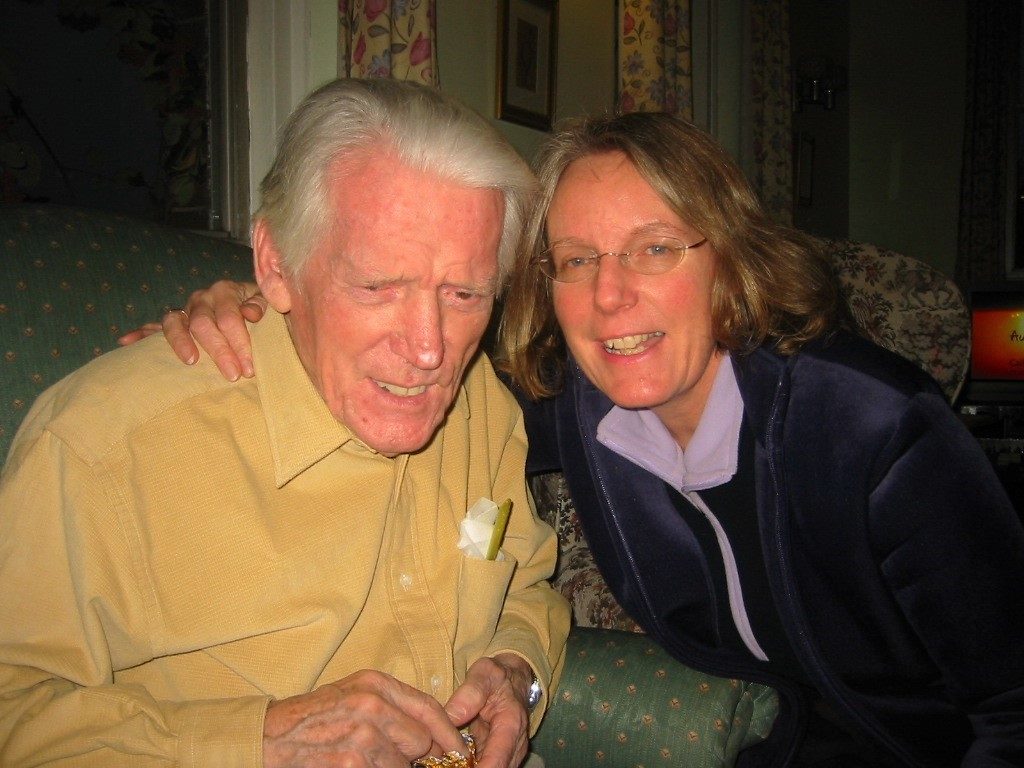 It’s his experience that motivates me to volunteer and fundraise to support dementia research and help ensure that in the future others won’t have to watch a much-loved relative or friend disappear in front of them as dementia takes hold.

My dad would have a good chuckle if he could see what we get up to now – the weird and wonderful things we do to promote the charity and raise money!

Whether it’s creating a human fruit machine at Newport’s Old Tyme Market or walking around Chetwynd Deer Park wearing orange wigs with Union Jack deely boppers balanced on top selling hundreds of home-made cakes to ‘Proms in the Park’ picnickers, we’re always delighted by how generous and kind people are.

I even dyed my hair in Alzheimer’s Research UK’s colours (orange, purple and blue) – and raised £2,000!

Raising the profile of the charity is so important. It’s increasing each year, but I feel there’s been a big leap this year. People are really starting to realise how important research is and how we’ll never crack dementia without more funding.

Day to day, it’s my wonderful colleagues in the Fundraising Group who keep me motivated along with our many supporters and their generosity of spirit. The stories I hear from so many people I meet who have been affected by dementia are so powerful. It’s great to see that ‘lightbulb moment’ when someone really ‘gets it’ and wants to contribute.

I have to say that for me the highlight of the year was visiting the charity HQ. I gave a talk to the staff about my experience as part of the fundraising group. It was so good to feel connected and valued by them for what we feel is just our small contribution to the overwhelming need for more research funds.

This year we also had our second wonderful experience of visiting the labs at Aston University and talking to the scientists we are helping to support.

This means a lot to us in Shropshire – it makes our efforts more ‘real’ and we can translate that to our conversations with potential supporters knowing that we are connected in this way.

It can sometimes feel that our fundraising is just a drop in the ocean of need, until I recall Dr Eric Hill’s remark that every pound we raise is valuable whether it’s providing petri dishes or equipment or helping to fund a researcher.

If anyone is thinking about volunteering with Alzheimer’s Research UK, the real motivator is to know that you are really making a difference.

So do come and join us – you’ll make great friends as well as enjoy lots of FUN in fundraising.

4 Responses to My year as a volunteer