A charity collection in honour of Norwich City football legend Duncan Forbes, who has been diagnosed with Alzheimer’s disease, raised £6,500 to boost funds for Alzheimer’s Research UK. Fans gave generously at the Carrow Road match, between Norwich City and Stoke City, on Saturday 8 March, to help the charity reach its goal of defeating Alzheimer’s disease and other forms of dementia. 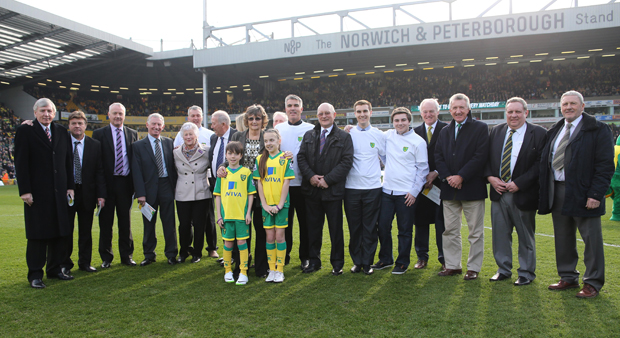 Duncan Forbes’ wife Janette, and her family, with some of Duncan’s team mates at Carrow Road on Saturday.

Father of two and grandfather of six, Duncan Forbes was diagnosed with Alzheimer’s disease in 2007, aged 65. His wife Janette cared for him at home until last August when his needs became too great for her to manage. Duncan dedicated 33 years of his career to the Premier League club in Norfolk. The central defender joined Norwich City in 1968 from Colchester United and made 357 appearances, scoring 12 times and never once being sent off. After retiring from first-team football he took charge of organising trips to away matches before becoming chief scout for the club. He retired in 2001.

Some of our army of volunteers on the day.

Raising £6,500 is a brilliant result! We are so grateful to Norwich City Football Club and everyone who attended the match and gave a donation. This is enough to pay for 325 hours of world-class research, bringing us closer to finding ways to diagnose, prevent, treat and cure Alzheimer’s disease and other forms of dementia.

There are hundreds of thousands of people across the UK living with dementia today, including over 12,000 people in Norfolk. Dementia poses one of the greatest threats to public health yet funding for research still lags far behind other serious diseases. We rely on public donations to fund our crucial work. 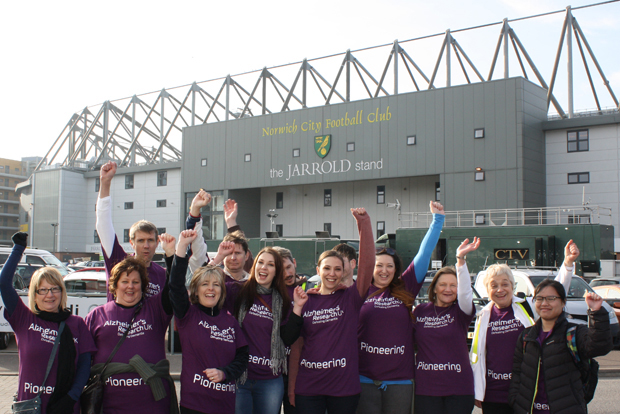 Our volunteers were fantastic, collecting donations from supporters on their way to the match, and a huge thank you to our friends at Carrow Road. 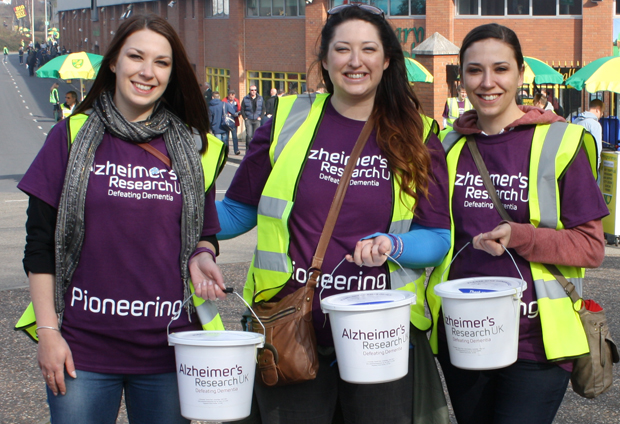