Late November may not be the best time to be outside all day. But on 20 November, PageGroup donned their fancy dress and winter coats and hit the streets of London to raise money for dementia research. Seventy-five people from their 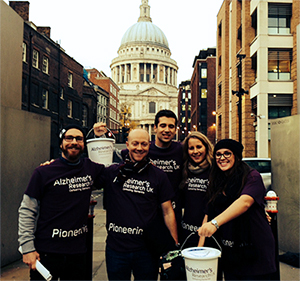 finance and consultancy team came together, in a bid to help a fantastically worthy cause. It was chilly, and rain was threatening, but after a rousing speech from Alzheimer’s Research UK’s own Jade Rolph, the teams set out with their buckets. Amongst the clown, animal and cartoon onesies, PageGroup consultants were on a mission to raise ‘buckets’ of money!

We’ve been supporting Alzheimer’s Research UK for eighteen months now and it’s a hugely popular cause for many colleagues. Dementia affects so many people, and it is rare to not know a relative or friend who has been affected by this dreadful condition. 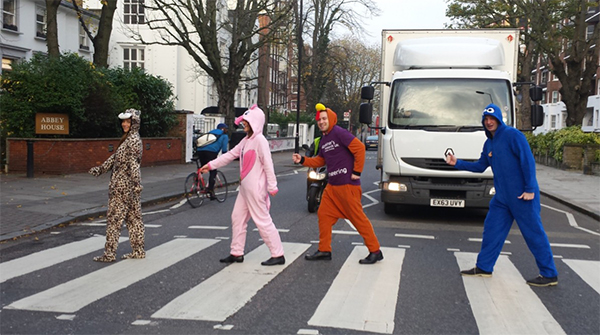 The day was supported by a huge amount of money donated through our Just Giving pages, created by the team captains with a huge plea to their friends and families. The generosity I saw from people online was tremendous and reinforces the effort and enthusiasm PageGroup consultants gave. Challenges were set throughout the day to raise awareness; the best celebrity ‘selfie’, the most iconic London photo, and the best freebie. All done with a huge amount of passion and energy. 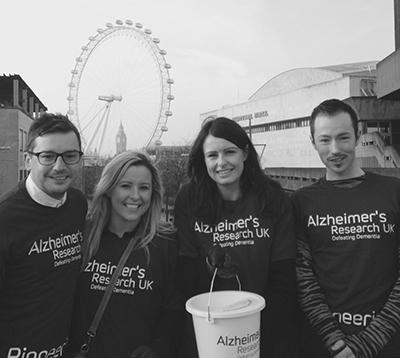 The day drew to a close with a presentation which included the best photos of the day. It was obvious from looking through them, that not only had everyone had fun and gotten to know people they may not have before, but the streets of London had been crowded with purple t-shirt wearing people; dancing, smiling and engaging with the general public to raise money and awareness.

Our target for the day was £5,000 which I thought would be ambitious. I’m so proud and pleased to say that PageGroup raised an enormous £7,144, with more money still to be collected. A huge success overall, and even the rain held off! 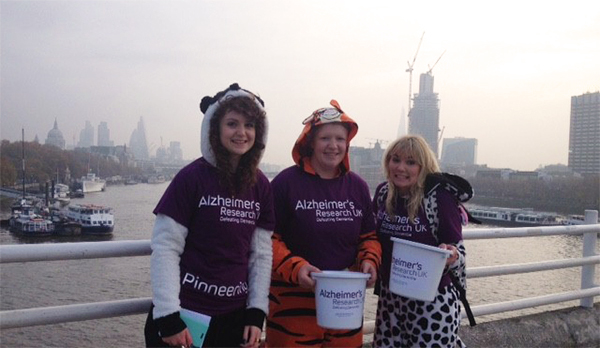 Lucy lives in East London with her boyfriend, and joined Michael Page two years ago. She sits within the National Accounts team which service over 40 clients nationally, ranging from SMEs to global blue-chip organisations. Michael Page is comprised of 25 disciplines – each providing a service to a specialist area of the market. Lucy recruits permanent, temporary, contract and interim opportunities, typically from second/third job levels upward. Lucy became involved in fundraising for Alzheimer’s Research UK earlier this year, and has since baked Halloween cakes and run a Friday afternoon bar to raise money, as well as organising the Michael Page fundraising day in London on 20 November 2014.
View all posts by Lucy Ponder →