You are here: Home > Rare Disease Day
By Robin Brisbourne from Science News on 28 February 2018 0

Today is Rare Disease Day – an initiative to raise awareness of diseases that are usually not well known and for which it can be particularly difficult for people to get the most appropriate diagnosis, treatment and care.

Dementia isn’t rare. There are an estimated 47 million people in the world living with dementia and this number is going up all the time. It’s also not a disease. Dementia is a word we give to a collection of symptoms that can be caused by a number of different diseases that affect people in a variety of ways.

Every year, many thousands of people in the UK are diagnosed with diseases like Alzheimer’s, vascular dementia, and dementia with Lewy bodies. But there are other, rarer diseases that are much less well known yet still have an enormous impact on people’s lives. At Alzheimer’s Research UK, we are committed to powering research into these rarer diseases and making sure that the people they affect have their voices heard.

The late Sir Terry Pratchett was a hugely successful author and the subject of a poignant BBC documentary that aired early last year. In the film, his assistant Rob recounts the time Sir Terry called him into his office to ask what he had done with the ‘S’ from his keyboard. The key was right where it should have been, but for some reason this prolific writer and skilled touch-typist wasn’t able to find it. It transpired that Sir Terry was experiencing symptoms of posterior cortical atrophy (PCA), a rare form of dementia caused by damage to the back of the brain. People with PCA have difficulty processing visual information and, as with all forms of dementia, it gets worse over time and impacts more and more aspects of brain function.

Sir Terry was a passionate advocate for dementia research and became a Patron of Alzheimer’s Research UK. He helped  launch this blog in 2013, charging us with bringing you updates on the latest research, but also with representing as much of the diverse spectrum of dementia experiences as possible. We see talking about these rarer forms as a crucial part of this undertaking.

Last year we brought you the story of Carla Bramall, the Northamptonshire mum who was diagnosed with Alzheimer’s disease in her 30s. For most people, the risk of developing Alzheimer’s is a complex picture of interacting factors including age, genetics and lifestyle. For families like Carla’s, this risk can be more cruelly straight forward. Carla inherited a faulty gene that causes familial Alzheimer’s disease (FAD), a rare form of Alzheimer’s that is responsible for less than 1% of cases. A parent with this faulty gene has a 50% chance of passing it on to their children. People who do inherit it will always develop Alzheimer’s, with symptoms often showing much earlier in life than the more common, non-genetic form of the disease. 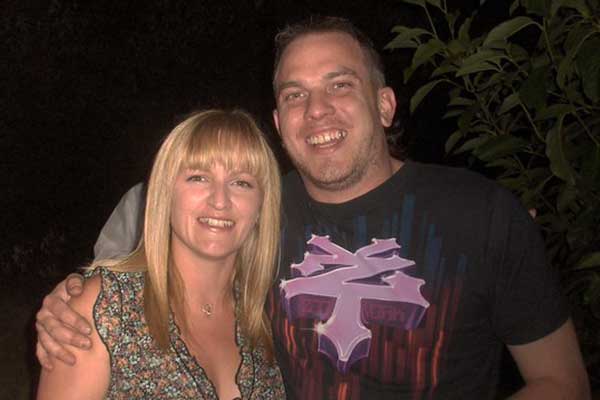 Thanks to your generous donations and the crucial efforts of families like Carla’s, we have supported 17 projects into FAD with over £4 million of funding. Researchers like Dr Tammaryn Lashley are leading the way to a better understanding of FAD and  new hope for the families it affects.

Memory problems are the best known and most widely recognised symptom of dementia. But rarer dementias often have different characteristic symptoms that can be harder to spot and not what people might expect. Frontotemporal dementia (FTD) is responsible for less than 5% of all dementia cases but is the most common form in people under the age of 55. Sometimes FTD will begin with communication problems, but personality changes – including episodes of impulsive or aggressive behaviour – are more commonly the first sign of the condition. Last year on the blog, ARUK-supporter Anne-Marie Heeney shared a touching letter she wrote to her mum, Bernadette, who is living with frontotemporal dementia.

Dedicated researchers like Dr Marco Baralle are helping to unravel the complex biology of FTD and driving progress towards better ways to help people living with this condition. Your support has powered over £13 million of research into this rare yet important form of dementia.

Every family that is impacted by dementia faces enormous challenges. Those that come up against rarer forms can have even more to deal with, with more difficulty getting a diagnosis and having to deal with a care system that is often not be geared towards their needs. Last year we announced funding to help five support groups bring together those impacted by less common dementias. The groups offer social and emotional support, information and research opportunities to families affected by the rarer conditions.

To find out more about the rare dementia support groups, visit www.raredementiasupport.org.

If you have questions about rare forms of dementia, the research we fund, or would like to take part in dementia research studies, please contact the Dementia Research Infoline on 0300 111 5 111 or infoline@alzheimersresearchuk.org.