You are here: Home > Rare genetic discoveries driving breakthroughs for everyone affected by Alzheimer’s
By Ed Pinches on 12 April 2019 2

Through your support, you have helped to support Dr Wray throughout her career, allowing her to build her expertise, grow her team and emerge as one of the top young scientists working in an exciting area of dementia research.

Now her new findings on how genetic mutations lead to nerve cell changes in familial Alzheimer’s disease (FAD) have been published in the scientific publication Molecular Psychiatry.

A rare genetic form of Alzheimer’s

Familial Alzheimer’s disease is rare. Around the world there are only a few hundred families who have been identified as having faulty genes that cause the disease.

This form of the disease accounts for less than one percent of all Alzheimer’s cases, and people affected by FAD usually start to experience symptoms before the age of 65. For some it is as young as 30.

Researchers like Selina want to better understand what causes the disease so that we can help develop new treatments for those affected.

Familial Alzheimer’s shares many features with the much more common, non-inherited form of the disease. Discoveries in FAD can lead to breakthroughs for everyone affected by Alzheimer’s.

How did they shed more light on familial Alzheimer’s disease?

Dr Wray is a pioneer in using a Nobel prize-winning stem cell technique to research diseases that cause dementia.

Taking skin cells donated by people with a genetic form of Alzheimer’s she turns them into stem cells – cells that have the potential to become any type of cell in the body. Her team then transform these cells into nerve cells similar to those in the brain. 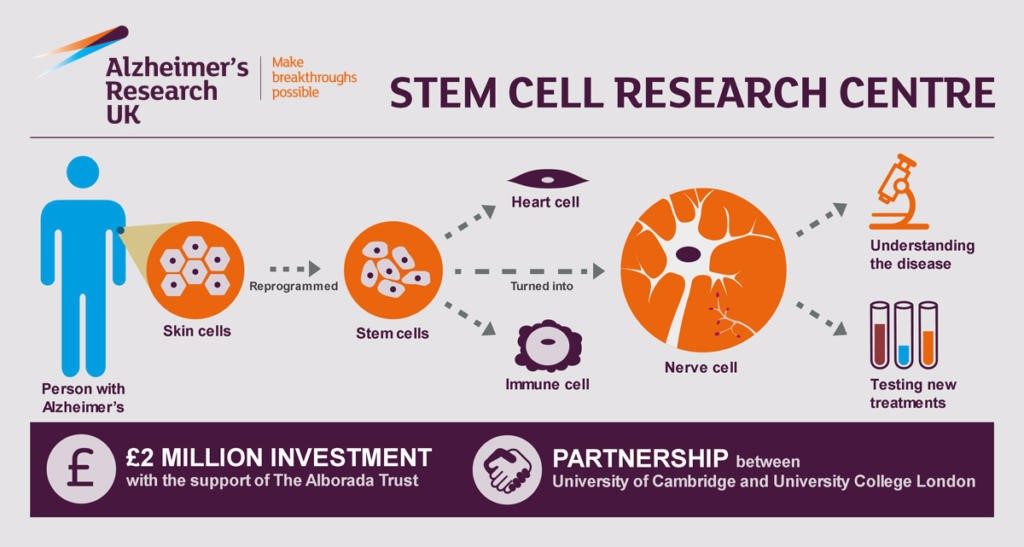 By working with cells donated by people with familial Alzheimer’s, Selina and her team investigated the effect of genetic mutations on the production of amyloid, a protein that builds up in the brain in the disease.

So, what did they find?

Her findings indicate that different mutations in the genes responsible for FAD have different affects. While they all lead to a build-up of amyloid protein, she found that there are potentially four distinct mechanisms that can play a role in the disease.

Researchers at the UK DRI collaborated with Selina in this research. They found that amyloid signatures in samples of spinal fluid of people with FAD matched a similar profile to the nerve cells grown in the dish.

What does this mean?

The molecular events that lead to amyloid build-up are important targets for experimental Alzheimer’s drugs. The differences Selina has identified could guide the development of drugs that are targeted to patients depending on which mechanism is at play in their brain.

Tests of spinal fluid could then potentially indicate if a treatment is having the desired effect, or if a person could benefit from a different dose.

This kind of development is still a long way off. But these new findings are another piece of a very complex and important puzzle. Every bit of new knowledge adds to our understanding of diseases like Alzheimer’s and with your support, researchers like Selina are driving this vital progress. 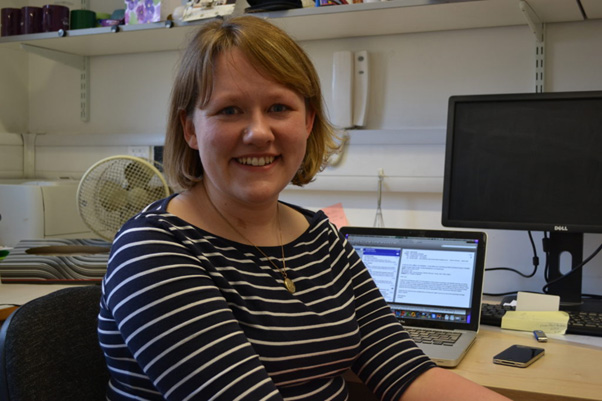 What do the experts say?

Talking about her findings, Dr Selina Wray, said:
“This work reveals deeper insights into the complex interaction between faulty genes and the proteins implicated in familial Alzheimer’s disease. Understanding the disease pathways that cause dementia in more detail is critical to help design and deliver new treatments that could help slow or stop disease progression.

“Receiving funding from Alzheimer’s Research UK has supported me throughout my career and made this important research possible.”

Dr Carol Routledge, Director of Research at Alzheimer’s Research UK said,
“Familial Alzheimer’s disease can be a devastating diagnosis for someone and for their families and we must find an effective way to treat the condition. This work takes us one step closer in our hunt for a life-changing treatment for dementia but there is much still to do.

“This new paper is testament to Dr Wray’s hard work and it’s great to see her research group collaborate so closely with scientists at the UK Dementia Research Institute. Working in partnership with others will be critical as we continue to drive breakthroughs that change people’s lives.

There is hope, it rests in the hand’s researchers, like Selina. By supporting them we are able to build-up our understanding of the diseases that cause dementia. This will be critical in making breakthroughs possible for those living with dementia and for their families.