It’s the last full-day of scientific talks here at AAIC2014 and another opportunity for important discussions about research.

Decoding the genetics of dementia

Yesterday we heard about a large collaboration called IGAP (International Genomics of Alzheimer’s Project), where teams from around the world are pooling samples to run the largest ever genetic studies in Alzheimer’s. 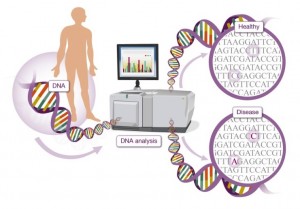 In October 2013, our funding helped the consortium discover 11 new risk genes for late-onset Alzheimer’s. They are now making all their data available online for other researchers– a great example of joined-up working and data sharing to help us progress more quickly.

Now research has identified more than 20 risk genes for Alzheimer’s, the team is looking to the role of these genes in the disease. We heard from speakers in the US, Germany, Netherlands and France who are working hard to decode these results to tell us more about the biology of Alzheimer’s.

You can read more about how the Alzheimer’s Research UK DNA Bank, funded with your support, is contributing to these huge studies and watch a video about our scientists in Nottingham who are part of the IGAP Consortium.

We also heard a talk from Dr Rosa Rademakers from the Mayo Clinic in the US. She spoke about the C9orf72 gene, discovered three years ago, which is known to be responsible for many cases of inherited frontotemporal dementia (FTD) and motor neurone disease. But the big question is how can one genetic change cause two seemingly very different diseases within the same family? Dr Rademakers revealed that they had discovered additional genes that could modify the effect of C9orf72, making a person more likely to develop FTD rather than motor neurone disease or vice versa. It’s complex stuff but is moving us closer to understanding the disease.

Could Alzheimer’s be stopped before it’s started in those at high risk?

In a session focusing on disease prevention trials, we heard again about the need for early treatment intervention to give people the best opportunity to benefit from new drugs that aim to stop the disease. For such a treatment to be successful in the later stages might be, in the recent words of Prof Simon Lovestone, “too much to ask”. So the challenge now turns to finding people who can participate in drug trials at an earlier stage before symptoms are too profound, or even before they are showing at all.

Dr Reisa Sperling from the Brigham and Women’s Hospital in Boston talked in some detail about the A4 prevention trial which is now getting underway at multiple centres in the US. The trial will recruit 1000 people who are not showing any symptoms of Alzheimer’s (or maybe the most subtle of symptoms), but have characteristic disease changes in their brain. Using sensitive scans, A4 will look for people with deposits of the hallmark amyloid protein in their brains, which increases their risk of Alzheimer’s. They are progressing well towards their recruitment target, and over the next three years A4 will trial solanezumab – a drug that showed some potentially promising results in earlier trials. The study underlines how important it can be to take part in studies, not only for the participating individuals, but also for helping test new treatments that could benefit everyone affected by Alzheimer’s.

Dementia with Lewy bodies (DLB) was the focus of three sessions yesterday. DLB is a form of dementia that affects about four million people worldwide and is caused by the build-up and spread of a protein also found in Parkinson’s disease.  DLB has very distressing symptoms including vision and movement problems and hallucinations. Another symptom, which may begin years before the onset of DLB, is sleep disorders, where people may act out vivid and aggressive dreams. 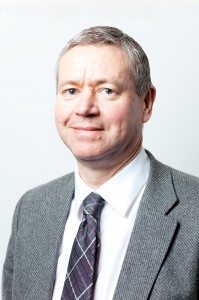 Prof John O’Brien is a member of Alzheimer’s Research UK’s Scientific Advisory Board.

Making a diagnosis of DLB is difficult because in many people there is a mix of different protein clumps in the brain, including amyloid – typically a feature of Alzheimer’s disease.  Prof John O’Brien, whose team has benefitted from Alzheimer’s Research UK funding, discussed how DLB affects different regions of the brain to Alzheimer’s. His team used MRI brain scans to show that DLB can be distinguished from Alzheimer’s based on different patterns of brain shrinkage. Improving the accuracy of diagnosis for people with DLB is important as the treatments available may differ to Alzheimer’s. Scientists are hoping to learn from the Alzheimer’s field about how to diagnose DLB earlier and your kind donations will help our researchers get to this point sooner.

The role of inflammation in dementia

There is increasing evidence that the immune system plays an active role in the development of Alzheimer’s disease. A session focusing on special immune cells in the brain called microglia, highlighted both an increased understanding of how these cells are involved in Alzheimer’s but also the difficulties with investigating such a complex system.

We also heard from Prof Clive Holmes from the University of Southampton, a member of our Scientific Advisory Board. He was presenting latest results from a phase II clinical trial with the anti-inflammatory drug etanercept, which is used to treat arthritis. The early results suggest the drug may slow memory and thinking decline in people with mild to moderate Alzheimer’s. These results are really promising and bode well for larger studies in the near future. You might have read about this research today on our news pages or in the media:

Our Research team was promoting one of our newest initiatives – Dementia Consortium – to the other researchers at the conference. With the help of your donations, this innovative initiative will support scientists in translating their research discoveries into new treatments or diagnostics. Read more about Dementia Consortium. 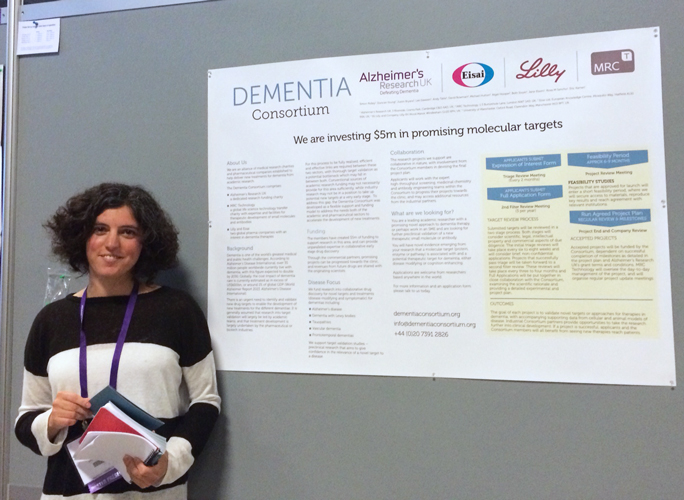 We also heard from Cassidy Fiford from University College London, who is about to start an ARUK-funded PhD Studentship with Dr Jo Barnes. She told us about her current work investigating how lifestyle factors may affect the structure of the brain. You can listen here:

We really hope you’ve found our daily updates interesting and we look forward to bringing you more of the latest development in research over the coming months. Alzheimer’s Research UK are the research experts and you can help us defeat dementia sooner by donating to support our work.

In the news: B vitamins and Alzheimer’s disease
Running for Alzheimer’s @ the JPM Corporate Challenge