You are here: Home > Running for Alzheimer’s @ the JPM Corporate Challenge
By Insight Investment on 18 July 2014 0

Studies have shown that running and physical exercise can help reduce the risk of Alzheimer’s disease. But this is not scientifically proven, and much more funding is needed for researchers to turn these studies into facts. So what better way to raise awareness and much-need funds than to get away from the desk, shift our backsides and run?

“Now bid me run, and I will strive with things impossible”.

It was with Shakespeare’s famous words in our minds (and the promise of a burger and a beer at the end) that on Wednesday 9 July, with temperatures soaring to around 27 degrees C, our 70-strong Insight team set off for the annual JPM “Chase” – a 5.6km (3.5miles in old money) run around Battersea Park. 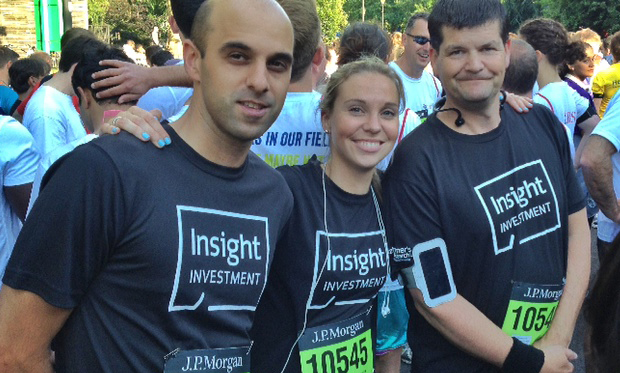 We’ve been supporting Alzheimer’s Research UK for two years now and it’s a hugely popular cause for many colleagues, perhaps because sadly, Alzheimer’s is a disease which affects so many people, and it is rare to not know a relative or friend who has been affected by this disease. We’ve been putting our best feet forward in the JPM Corporate Challenge for a little longer and this is our fourth year. A small team which started life in 2010 has grown in number every year, and this year was our biggest yet. And we really believe that our shared commitment to supporting Alzheimer’s Research UK is at the heart of this growth. 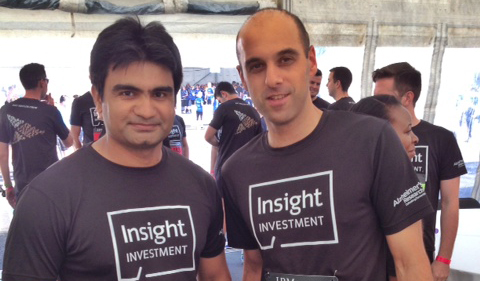 As a company, we have a strong team-focus from top to bottom and events like this bring colleagues from different areas closer together. In a company of our size you may well recognise individual colleagues or be aware of the area that your colleague works in but you may not spend a lot of time actually working alongside them. It’s always good to spend some time out of the office, have some fun and take on some old office rivalries! So after the race we all get together for food, a few drinks and good old natter…all for a great cause! 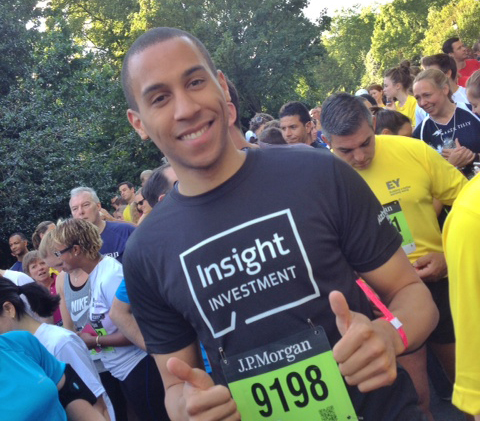 We’re happy to report that everyone finished the race and raised over £2,000 for ARUK. We’re extremely proud to add this to our running total of around £80,000 raised so far – putting us well on the way to achieving our target of £100,000. And after such efforts, we’re also happy to report that the burgers and beers tasted pretty good.

Leading asset management company Insight Investment is headquartered in London and employs over 480 people. They have pledged to raise £100,000 for Alzheimer's Research UK’s dementia research, increasing this target from £50,000 after a hugely successful first year. Their amazing staff have already raised £80,000, funding a ground-breaking research project aiming to improve early diagnosis of Alzheimer’s disease, and a study looking into the genetics of dementia.
View all posts by Insight Investment →