You are here: Home > Russell Grant: dementia research is our best hope
By Russell Grant on 10 December 2013 2

This Christmas won’t be like it used to be because I won’t share it with my darling grandmother. My nanny Alice had Alzheimer’s back in the 1980s and 90s and without her Christmas will never be the same again. I miss her desperately. It’s been nearly 20 years since Nan passed away, but sadly I lost her a long time before that. If you’ve lost someone to this cruel disease, or know someone who is living with it now, I know you will understand. 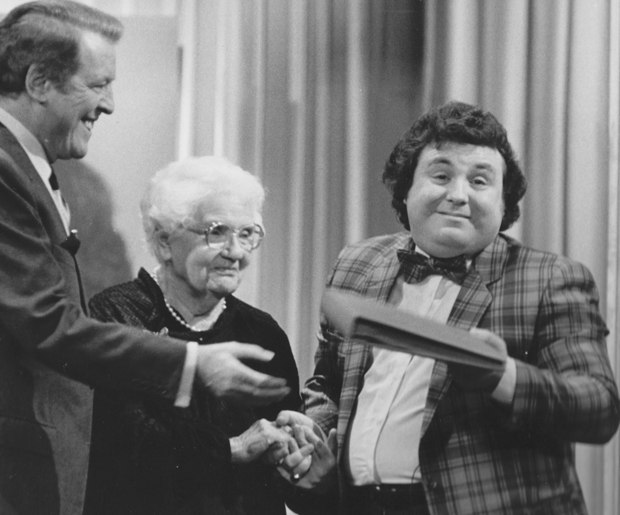 © Thames TV ‘This is Your life’

I’ve seen the devastating effects of Alzheimer’s first hand. I watched as it slowly robbed my grandmother of her dignity and her personality, until we didn’t recognise her anymore. It broke my heart to see this big-hearted, jovial lady turn into a confused, angry person.

Research is our best hope

It’s been nearly 20 years since Nan passed away, but sadly I lost her a long time before that.

I’m determined to do everything I can to stop this terrible disease and have been doing so ever since she passed over in 1995. For me that means supporting research to find new ways to treat and prevent dementia.

My nanny Alice meant the world to me. I was born in her house in Middlesex, and she was always there to provide the comfort and security we all crave from our grandparents. We were very close, which is why I decided to give up my career for Fox TV in New York City to come home; to support my mother, and care for Alice full time.

Alzheimer’s is not a natural part of getting old

My grandmother started getting forgetful in the mid 1980s. Later she put her purse in the fridge, tea bags in the kettle and left pies in the oven until they set themselves on fire. But 25 years ago her doctor just dismissed her behaviour as her being ‘old and forgetful’. It seems incredible now, but we just thought that Alice’s contradictory behaviour was a natural part of getting older. Most people at the time would probably have thought the same. I think this is why research into Alzheimer’s has been so critically underfunded for so long. 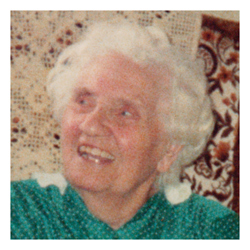 For many years my mum took care of her mother 24 hours a day. By 1992 Mum was in her late 60s and she couldn’t cope anymore. By this time I was the only one that Nan recognised, but I was struggling to recognise her. She had changed from a fun-loving, jolly lady into a very different person who could be vulgar and aggressive.

My nanny Alice needed help with everything: washing, dressing and eating. And I did everything for her, as she’d always been there for me. One memory particularly haunts me: because she had lost control of her bodily functions and was unable to use the toilet, I had to wash her down in the shower. Her dignity had gone – her grandson washing her down naked. She’d lost so much weight and was a shadow of the woman I grew up with. I knew then that she needed professional care, so I made the heartbreaking decision to move her to a specialist nursing home for people with Alzheimer’s.

Nan was well cared for, although I had no way of telling how she felt. She eventually passed away in 1995, six months off her 100th birthday. Mum was holding her hand when she went. She was at peace at last.

Progress is being made, thanks to you.

I support Alzheimer’s Research UK because I hate the thought of other families going through what we had to do. I believe that research is our best hope of beating Alzheimer’s disease and other dementias. And there is a lot to be hopeful about. Research projects funded by supporters like us are getting results. They might be small steps, but together they add up, and slowly but surely progress is being made. There isn’t an effective treatment yet, but one day, with our support, I believe there will be.

Losing someone to any form of dementia is incredibly painful.

I know that losing someone to any form of dementia is incredibly painful. If you are facing it this Christmas my heart goes out to you. Dementia is such a cruel condition, and I hope you will join me in support of the research experts so that we can put a stop to it once and for all.

Unless we find new treatments or a cure for dementia there is going to be an increasing burden put on the NHS, carers and everyone else. We need to get to the root of the problem and invest far more money into medical research – research is the only answer.

Russell Grant recently took part in the ICAP Charity Day, raising funds for Alzheimer’s Research UK and  is currently appearing in Snow White and the Seven Dwarfs this Christmas at the LightHouse Theatre in Kettering.

All round entertainer Russell Grant is a passionate supporter of dementia research and recently took part in the ICAP Charity Day, raising funds for Alzheimer’s Research UK.
View all posts by Russell Grant →

A chance not to be missed
All about dementia – Audio slideshows

2 Responses to Russell Grant: dementia research is our best hope