You are here: Home > The smallest of clues
By Sarah Moore-Fitzgerald on 11 November 2013 0

My father’s dementia began, as dementia often does, with the smallest of clues. He would forget where he parked his car, miss a lunch date or walk out of the house without his keys. Of course, the problem with these innocuous little slips is that these are the kinds of things that can happen to any of us without ever giving cause for jumping to grave or heartbreaking conclusions. But then the slips became more noticeable. He would wonder aloud about what age he was or forget the names of people very close to him. Even then, we all famously tried to ignore what was happening, thinking as families often do, that if nobody talked about it, it would go away, and that Dad would be fine.

I often think about that collective family denial, especially having learned that it’s very common for the early signs of dementia to be ignored and dismissed in this way. And who could blame us? It’s a diagnosis that none of us finds bearable or believable, particularly not in the early days, when so much of the person remains vibrant and intact. And in any case, my dad, while fiercely clever, had always been dreamy, imaginative and quite unconventional, so it was easy to put the early signs down to ‘Dad being Dad,’ – which all of us did, with the kind of affectionate exasperation that I think grown children often feel towards their parents.

I often think about that collective family denial, especially having learned that it’s very common for the early signs of dementia to be ignored and dismissed. And who could blame us?

But soon, not even the most extreme of our denials could withstand the awful truth. And the awful truth was that my lovely dad had Alzheimer’s. Cruelly young – he was officially diagnosed in his mid-sixties – and with hordes of loving family and friends to live for, slowly he had started to slip away from us.

My mother, strong, matter-of-fact and full of a practical kind of resilience, took care of him beautifully at home for as long as possible. I live and work in Limerick which is a three-hour drive to my parents’ home in Co Wicklow, near Dublin. I tried to get there for as many weekends as I could with the kids or without them. Either way I often felt desperate with guilt for not being able to be there enough. By the time he was moved to a nearby nursing home, he was unable to walk and spoke only rarely. There are lots of terrible things about Alzheimer’s, but the worst lies in the fact that you lose your loved one long before they die. I remember that for us, 2005 was the year we lost my father: at the beginning of that year, he still knew us and could call us by our names. At the end of that year, he couldn’t. Together, we had to find ways of cherishing and minding him while also facing up to this gradual, irreversible, inexorable fading away. 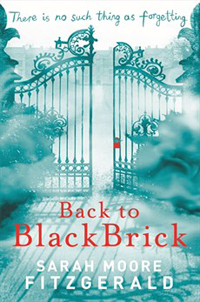 If it hadn’t been for my mother’s leadership and devotion in this regard I don’t think we would have managed to navigate the long goodbye in the way that she helped us all to do. And even with that strength, especially towards the end of his life, it was the illness that started to dominate our experience of him and of who he was. But in the end his illness would not be what defined him. It is certainly not how he will be remembered. At my father’s funeral in January 2012, the gathering was huge. People from every part of his life showed up sharing stories, memories, events and sayings and they talked about a thousand little and big things they remembered about him. Friends told laugh-out-loud anecdotes, recalled his extraordinary ability to relish even the simplest moment, remembered his creativity and his curiosity, his adventures and his many passions.

And now that he is gone, we are again able to remember him as he was at his best – almost as if he has arrived back on the doorstep as warm and funny and clever as he ever was.

Sarah Moore Fitzgerald is an academic specialising in teaching and learning. Late at night she writes fiction. Her debut novel, Back to Blackbrick, is published by Orion and explores themes of memory and forgetting, informed by her own experience of her father's dementia.
View all posts by Sarah Moore-Fitzgerald →

Long words and lab coats?
Going Dutch – how joint funding is helping to tackle the big questions in dementia