When my mum was diagnosed with Alzheimer’s disease age 58 I didn’t know how to feel. Early onset Alzheimer’s seems somehow crueller as it changes the plans and future of everyone involved. Mum and Dad were planning their retirement. They loved to travel and had a caravan. They had an apartment in Tenerife and hoped to stay there for months at a time.

Throughout this whole journey, the saddest part has been not being able to share it with my mum.

Mum was my son’s after school care as well as his favourite person, she also had 5 other grandchildren; how do we explain it to the children? I think the hardest thing was the early stages. Mum knew her future was mapped for her now but it was “the elephant in the room”. When should I stop allowing her to pick up my son from school without offending and upsetting her? The answer to that came when we realised she could no longer read the time. My son finished school at 3.15pm. One day she walked to the school at 2pm to collect him. The gates were locked so she came home and just went about her day. When the school rang me to say he hadn’t been collected, mum said “I went to the school, it was shut so assumed they had finished early”; no questioning where my son was! 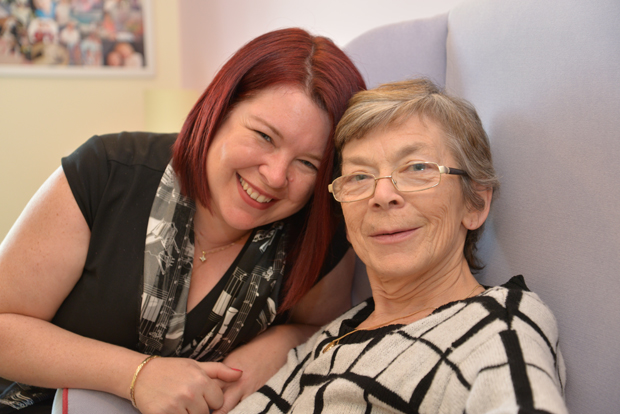 Mum and Dad muddled through with the help of extended family all living within close proximity. Very dependent on my dad, mum would follow him around and any time away from him was a moment too long for her! Medication held her for a few years but in September 2013 things began to progress. The constant request to go home when she was indeed at home. Hallucinating people in the house, believing news stories of flooding were of immediate danger, things were getting out of hand. Mum has always been a quiet passive person. When dad finally admitted to mum’s violence the reality couldn’t be ignored and mum was admitted to care in January 2014.

I can only speak from my point of view but the devastation this disease has caused my family is extreme. Seeing my mum wandering 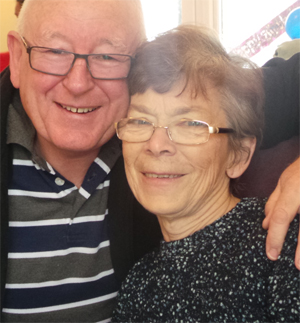 the corridors of a care home amongst elderly people with odd slippers breaks my heart. Every day she slips further away from us.

In April I decided to look more into the statistics of Alzheimer’s disease. It seemed simply bonkers to me that a disease that costs the economy so much is so underfunded in research. I decided, along with my family to raise £10k for Alzheimer’s Research UK. I chose this charity as I wanted the money to go 100% to research and not care which I believe should be funded by the government.

I didn’t want people to think that my fundraising was for an elderly disease. I wanted it to raise awareness of early onset AD and also to recognise the impact the disease has across all generations within a family. The Gig to Remember was born.

Throughout this whole journey, the saddest part has been not being able to share it with my mum. I visit, I show her our picture in the newspaper and tell her about The Gig to Remember but it’s difficult to know how much she takes in. I hope she’s proud.

The hardest part was to create a music event that spanned the age groups; that appealed to age 8 – 80. It was all about the acts and our choice, I believe has responded to this aim. Duke Beatbox, an energetic, local group that has a huge YouTube following as well as an X-Factor history, was my first selection. Their music is upbeat and covers so perfect for the generic mix. The second group was the one that had to happen. We wanted the world famous Bootleg Beatles. Everyone loves the Beatles and the fact they have never played Swindon was perfect!

The wheels are now fully in motion and the uptake and support has been amazing so far. I want to bring dementia out of the shadows so on our Facebook page I talk a lot about my families personal experience. I would like everyone who has been touched by Alzheimer’s Disease to come together and have a good time with the additional benefit of helping Alzheimer’s Research UK come closer to understanding and curing this condition.

The Gig to Remember will be held on Saturday November 8th 2014 at The Oasis, Swindon, Wiltshire

Amanda Franks lives in Swindon, Wiltshire and owns a commercial recruitment agency, Frankly Recruitment. Amanda became a supporter of Alzheimer’s Research UK after learning about the massive underfunding of the condition her mother has lived with since she was 58. Along with her extended family, Amanda raised over £15k for Alzheimer’s Research UK in 2014 with The Gig to Remember – Bringing the Bootleg Beatles and Duke Beatbox to Swindon’s Oasis. Want to know more about Amanda’s story? See www.thegigtoremember.com.
View all posts by Amanda Franks →