Over 2017 Alzheimer’s Research UK supporter Laura Brown will be taking on the European Championships Triathlon, the City to Summit endurance race over Ben Nevis in 20 hours, followed by a trek to Everest Base Camp in November. Laura tells us why she puts herself through her gruelling training, and why she’s fundraising for Alzheimer’s Research UK.

Not long ago I posted my week’s intense training schedule on social media. Most of the responses that I got were ‘you’re crazy’ and ‘why would you do that?’ It really got me thinking, why do I do it to myself?

I’m really interested in pushing physical and mental limits and discovering what my body can do but I started to question – why are some people programmed that way?

For me, I believe it has a lot to do with how my parents brought me up. If I wanted something, I earned it. I never feel entitled to anything I haven’t worked for.

What I love about endurance races is that there is no short cut or easy way. If you want your body to run and/or cycle for 100-plus miles then you have to build its capacity to do that over time and with relentless, hard work. I either train and achieve my goal or I make an excuse and fail; there is something very brutally honest and simple in that. 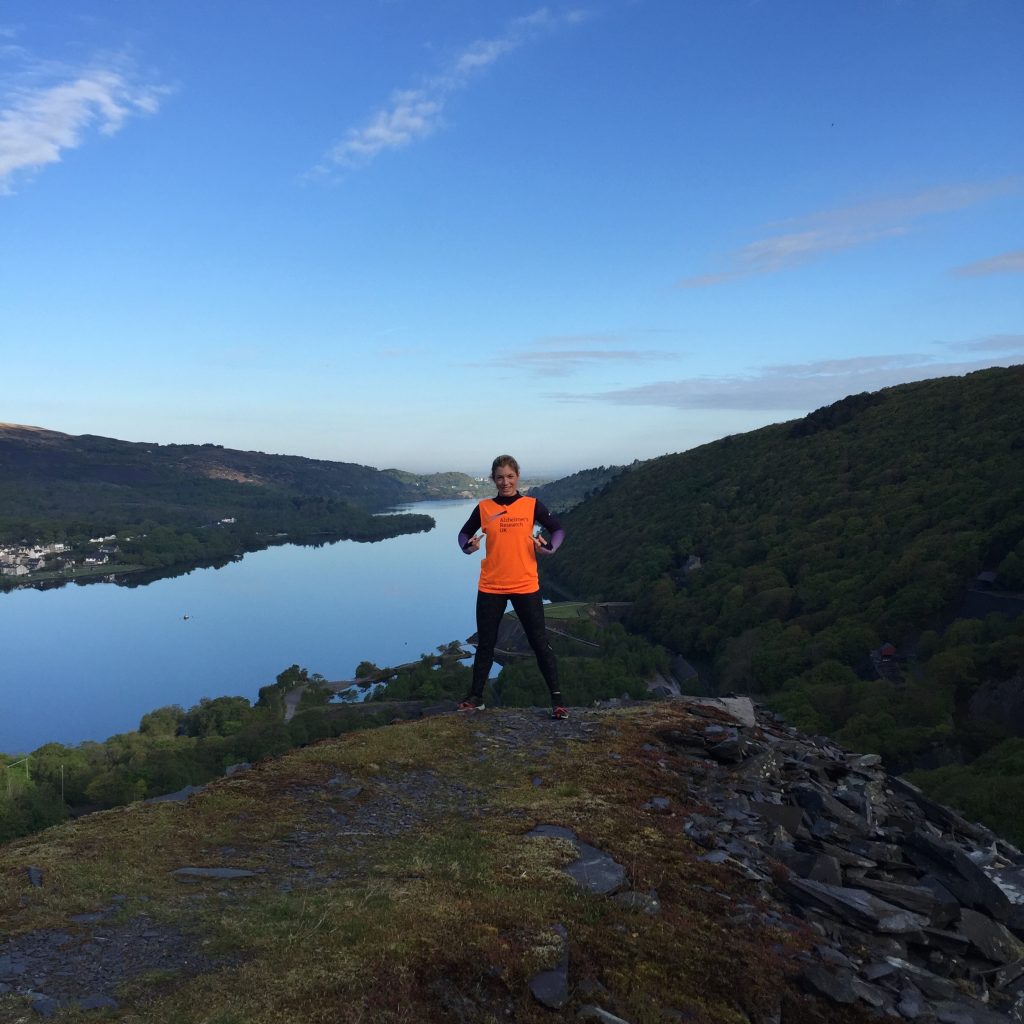 So far my longest bike ride is 70 miles and my longest run is 15 miles so I still have such a long way to go. But every session I’m learning more about me, my strengths, my weaknesses, my ability to overcome them and I’m slowly feeling more entitled to cross that finish line with unapologetic pride. It feels good!

There’s a quote that is often over used but underappreciated: “If your dreams don’t scare you, they aren’t big enough”.

It’s about taking risks, it’s about coming out of your comfort zone but equally it’s about striving to create a higher threshold, moving the barrier and limitations higher and earning the right to say “I did that”, despite starting in a place where you couldn’t.

Motivation is the key – and I have two, my nans. Both of my nans were the perfect stereotype. You couldn’t get through the door without being squeezed and kissed and then spoilt with presents and fed until you were at least a stone heavier! They were kind, generous women who worked hard to look after an ever-growing family they loved deeply. No matter how many hours they had spent running around after all of us, they always made time to sit with me and my sister to ask about school, play with us and our toys when we were younger and talk about all things girly as we got older. They were real superwomen!

My first nan passed away from Alzheimer’s and the second from a form of dementia. When my first nan passed away, I had a basic understanding of what was happening but was still too young to fully appreciate the pain it caused her and everyone around her. I was at university when my second nan passed but the year running up to that day was full of anguish as my grandad and parents would look at her with the realisation that although she was still physically with us, ultimately, we had lost her. It always felt cruel and unfair not only for her but for the entire family.

The thought of making a difference to Alzheimer’s Research UK and all those supported by it is going to keep me pushing forward through those miles when it starts to hurt.

If you would like to donate or read a bit more about the challenges then please visit:

Laura Brown is a fitness instructor from London, who aims to get more women involved in endurance races and raise as much money as possible for Alzheimer’s Research UK, in memory of her two nans. She is taking part in a number of endurance races throughout 2017 for the charity.
View all posts by Laura Brown →