Alzheimer’s and the other diseases that cause dementia develop in the brain decades before symptoms start to show. This poses a huge challenge for dementia researchers working hard to make breakthroughs possible for people affected by the condition.

So, why would a blood test for Alzheimer’s help?

At the moment doctors can only diagnose Alzheimer’s once people have developed symptoms. But at this point damage in the brain is already well underway.

Our brains are encased by the skull. It protects this precious organ from external damage, but it also makes it difficult for scientists to study the damaging processes that begin inside it. Even with the latest advances in brain scans, it’s hard to see what is happening inside the brain – and these scans can be expensive and complex. 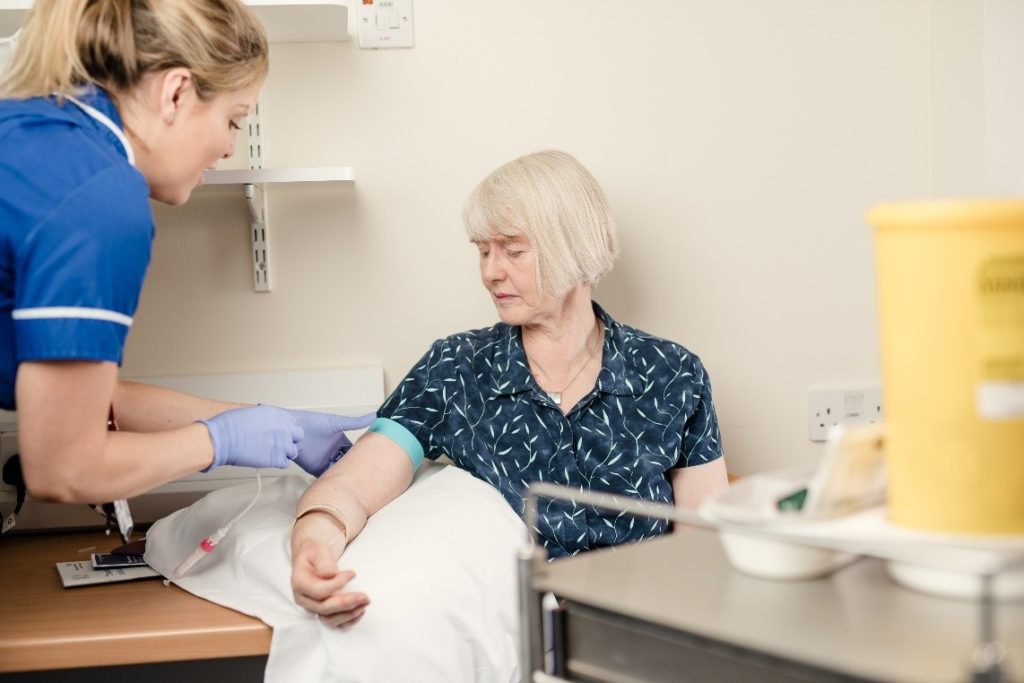 A blood test, however, would be a simple, cost-effective, relatively non-invasive way to give key insights about brain changes in Alzheimer’s disease. It might be able to predict those with early memory problems who are most likely to go on to display symptoms of dementia.

If we can detect Alzheimer’s changes early and accurately, those affected by the disease could get involved in clinical trials. They could also receive potential new treatments at a time when they are most likely to benefit.

But the science required to develop a blood test is staggeringly complex. Factors as seemingly insignificant as the type of needle or vial used to collect blood samples have been found to influence the results.

So, what about other markers of disease?

This is the fluid that bathes the brain and spinal cord. It comes into direct contact with the brain and we can examine this fluid to look for the hallmark proteins involved in Alzheimer’s disease.

However, to get at spinal fluid people need to have a procedure known as a lumbar puncture. While this is a safe and relatively straight forward, many people in the UK feel unsure about it. Our recent Dementia Attitudes Monitor found 54% of the public are reluctant to have a lumbar puncture – even when it’s routine part of healthcare in other countries.

A blood test is even simpler and we found that 91% of adults in the UK would be willing to have a one to detect early Alzheimer’s changes. With this level of support, it’s vital we explore blood tests further.

Previously we covered news about a blood test, which in 2014 was reported to predict which people with early memory problems would go on to develop Alzheimer’s, with an accuracy of 87%

While this research was an important step in the right direction, on its own this test isn’t yet accurate or reliable enough to support doctors making an Alzheimer’s diagnosis.

Scientists have been working tirelessly around the world over the past five years to improve blood tests. The challenge has now moved to look at which methods for analysing blood tests gives most consistent and most accurate results. This is vital for any test to be used not just to study large groups of people, but to give individuals meaningful information about their own disease.

This week at the world’s largest dementia conference, we heard promising new findings from teams across the world including Prof Jonathon Schott from our Insight 46 study. He and his team compared two different methods to measure amyloid – the hallmark Alzheimer’s protein – in blood.

Insight 46 is part of the UK’s longest-running birth cohort study is one example of how our expertise in collaboration has been proven successful. By joining forces with other key research organisations, Alzheimer’s Research UK is supporting, a unique research project involving volunteers who were all born on the same week in 1946, to help understand early markers of disease. 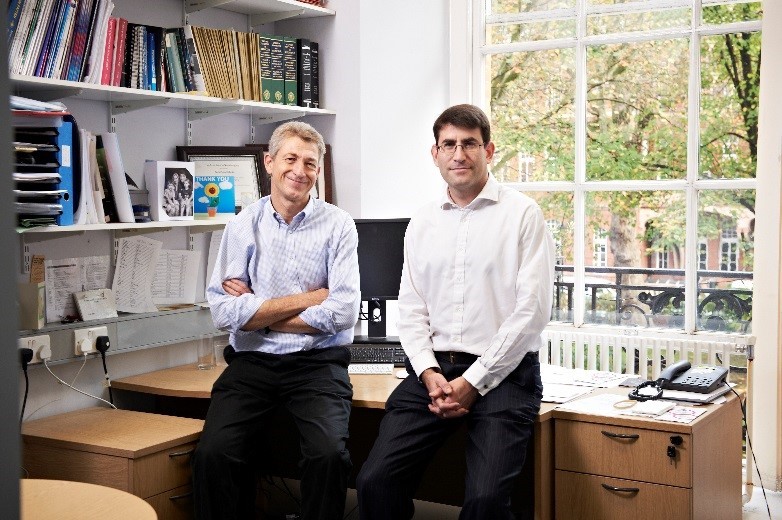 Prof Schott showed that looking at the levels of normal and abnormal amyloid in the blood was a promising approach and one that could help to recruit the right people into clinical trials of new treatments more quickly. His work highlighted that amyloid blood tests could reduce the need for expensive PET brain scans, by helping identify those who really need them.

Not only this, but the hope would be that in the future, it could help doctors to highlight people who may have early signs of Alzheimer’s, who could then be referred for further tests.

Researchers working in this area are optimistic that a breakthrough will come in the next five years that would see these blood tests being used routinely to help pick up the early signs of a disease like Alzheimer’s.

What have we still got to do?

While the research is promising we’re not there yet. Although the methods for measuring proteins in the blood have improved dramatically, they’re still not as accurate as tests of spinal fluid.

Blood is just much noisier – it’s carrying many more proteins so it’s difficult to pick out the signals you need to see. But advances in technology are bringing new excitement to this vital area of research.

And it’s not just the amyloid protein that’s showing promise either – scientists are making great advances developing methods to detect other proteins that could give clues about the disease. These include proteins called tau and neurofilament light chain.

We will need to use the latest technologies, the smartest researchers and volunteers to help accelerate research into blood tests and other markers of disease.

Blood tests aren’t the only way we could pick up the early signs of diseases like Alzheimer’s. Bringing together a combination of approaches including genetics, blood tests, thinking assessments and other health indicators is likely to hold the most promise

With more global collaboration driving progress in this area, we hope to see promising breakthroughs in the years ahead.

Your support is vital for work like this. Donate today to help make breakthroughs possible in dementia research at alzres.uk/donate

Disrupted sleep – a cause or consequence of Alzheimer’s?
In the news: Our recent letter to the editor of The Times