You are here: Home > Why dementia doesn’t need to be the biggest killer
By Hilary Evans on 7 November 2017 4

Waking up to the news that dementia is now the biggest killer in the UK is devastating – particularly for the 850,000 people living with the condition, their loved ones and anyone else who has, in some way, been impacted by dementia.

Heartbreaking as these figures are, at Alzheimer’s Research UK we are sadly not surprised. We knew this day was coming: year on year, we’ve seen more people developing dementia and dying from the condition. For too long, research into dementia has been hindered by a lack of funding and by people’s misplaced belief that the condition is inevitable, and therefore incurable. As a result, people with the condition are unable to benefit from life-changing treatments. Through research, we can make sure dementia is no longer a death sentence.

The natural reaction to this news may be one of sadness and fear – but we don’t want it to be that way. What we need now is hope and confidence in research. At Alzheimer’s Research UK we believe research has the power to defeat dementia, and it’s our mission to bring about the first life-changing treatment by 2025.

We should be inspired and encouraged by the fact that each year, more people are surviving and beating serious health conditions like heart disease. And this is down to research. With a much greater investment into dementia research, we will achieve the same results. 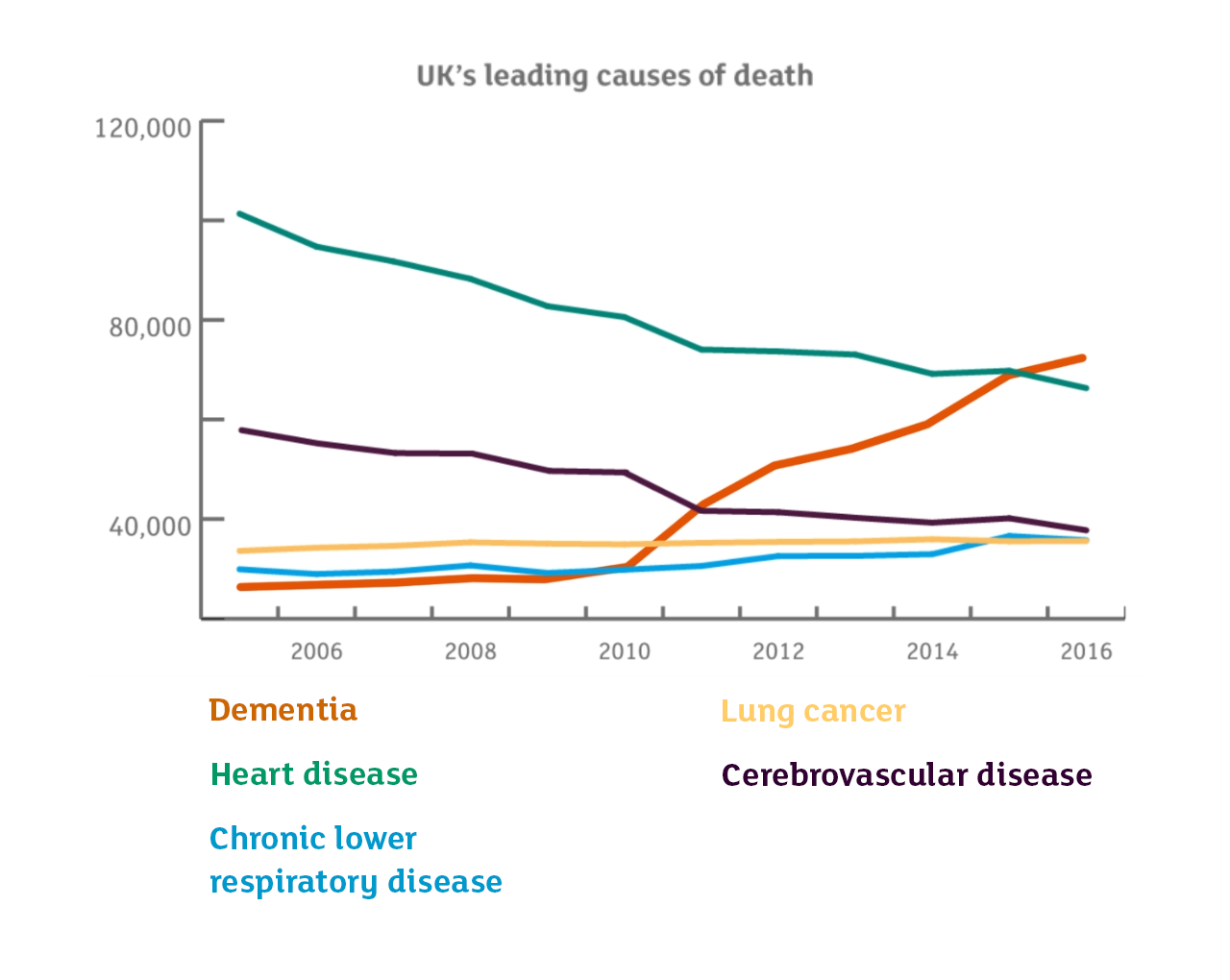 In recent years, we’ve been making great progress. We’ve doubled the number of dementia researchers in six years, and begun to bridge the gap between the number of scientists working on cancer compared to dementia. This increase in manpower has translated into a near doubling in the number of new research findings being published each year. As a result of this progress, as well as initiatives like the Alzheimer’s Research UK Drug Discovery Alliance and the UK Dementia Research Institute, we are moving closer to those desperately needed breakthroughs. But we cannot do it alone. To realise our ambition, everyone must play their part.

This progress didn’t happen by accident. We have long called on government to make dementia a national priority, and our calls were answered when David Cameron launched the first Prime Minister’s Dementia Challenge five years ago. Now, we’re urging government to act again.

To defeat this devastating condition, we need to see the government’s annual dementia research funding doubled to £132m by 2022 – and this is just the minimum. It may seem like a big ask, but with dementia costing the UK economy more than heart disease and cancer combined, it is essential. If nothing is done, our already crippled health and social care systems will collapse under the pressure.

As the UK’s leading dementia research charity, we have our own role to play in this fight. We’re funding more pioneering dementia research than ever before, we’ve connected almost 2,000 scientists through our Research Network and we’re raising much-needed awareness, empowering people with essential knowledge about dementia. We’re also working with policymakers and other influential organisations, who make a vital contribution to the fightback against dementia.

You can also help us to achieve our vision of a world free from the fear, harm and heartbreak of dementia. There are lots of opportunities for you to get involved, from signing up to Join Dementia Research to standing alongside our 1,000 Campaigners, who are lobbying for dementia research to be a priority.

Today’s news may seem bleak, but at Alzheimer’s Research UK, our passionate scientists and supporters are helping us change the picture. It’s through research that we will be able to develop effective preventions, and offer people with dementia treatments that will mean a diagnosis is no longer terminal. With your support, we are relentless in our efforts to achieve this.