You are here: Home > Why government must act now to make breakthroughs possible
By Hilary Evans on 25 September 2018 0

In the three years since we launched our Manifesto 2015-2020, which outlined five areas the government could improve to support dementia research, we have seen much success and growth.

We’ve seen groundbreaking funding efforts from government, charities and industry help to drive investment in dementia research. We’ve seen the number of dementia researchers double, and with them the number of studies and publications about dementia double. We’ve seen a shift in our understanding of brain health and increased awareness of risk reduction. We’ve challenged the stigma around dementia and celebrated many other milestones in this time.

Despite all this good progress, we haven’t yet reached our goal.

With no way to stop or slow the diseases that cause dementia, no-one has yet survived it. We must keep pushing to create a world free from the fear, harm and heartbreak of dementia. Last week we launched our Make Breakthroughs Possible campaign, and with it pledged to commit a further £250m to dementia research by 2025.

Today, we’re announcing a new action plan for government to ask them to step up their ambition with us, so we can continue making strides for people affected by dementia and their families. 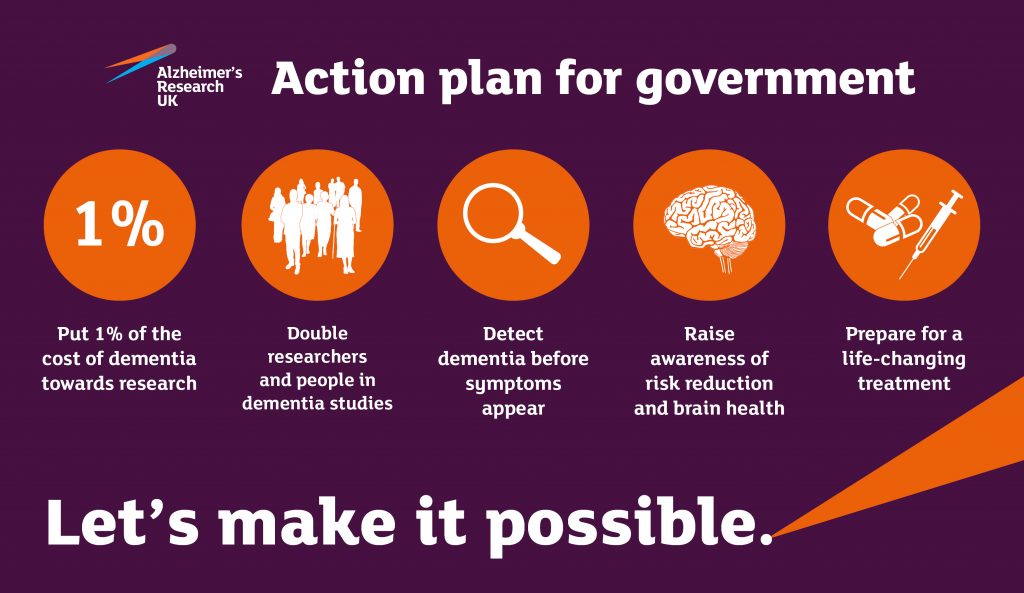 As more and more people benefit from research progress in other disease areas and survival rates increase, people are living longer than ever before. Through advanced research, we can begin to make the same progress for dementia.

That’s why we’re asking government to put just 1% of that cost toward dementia research to help bring about a life-changing treatment and improve people’s lives.

This increase would provide support for dementia research in line with other major disease areas, such as cancer research, which is funded by government at 1.6% of the annual cost of the disease. 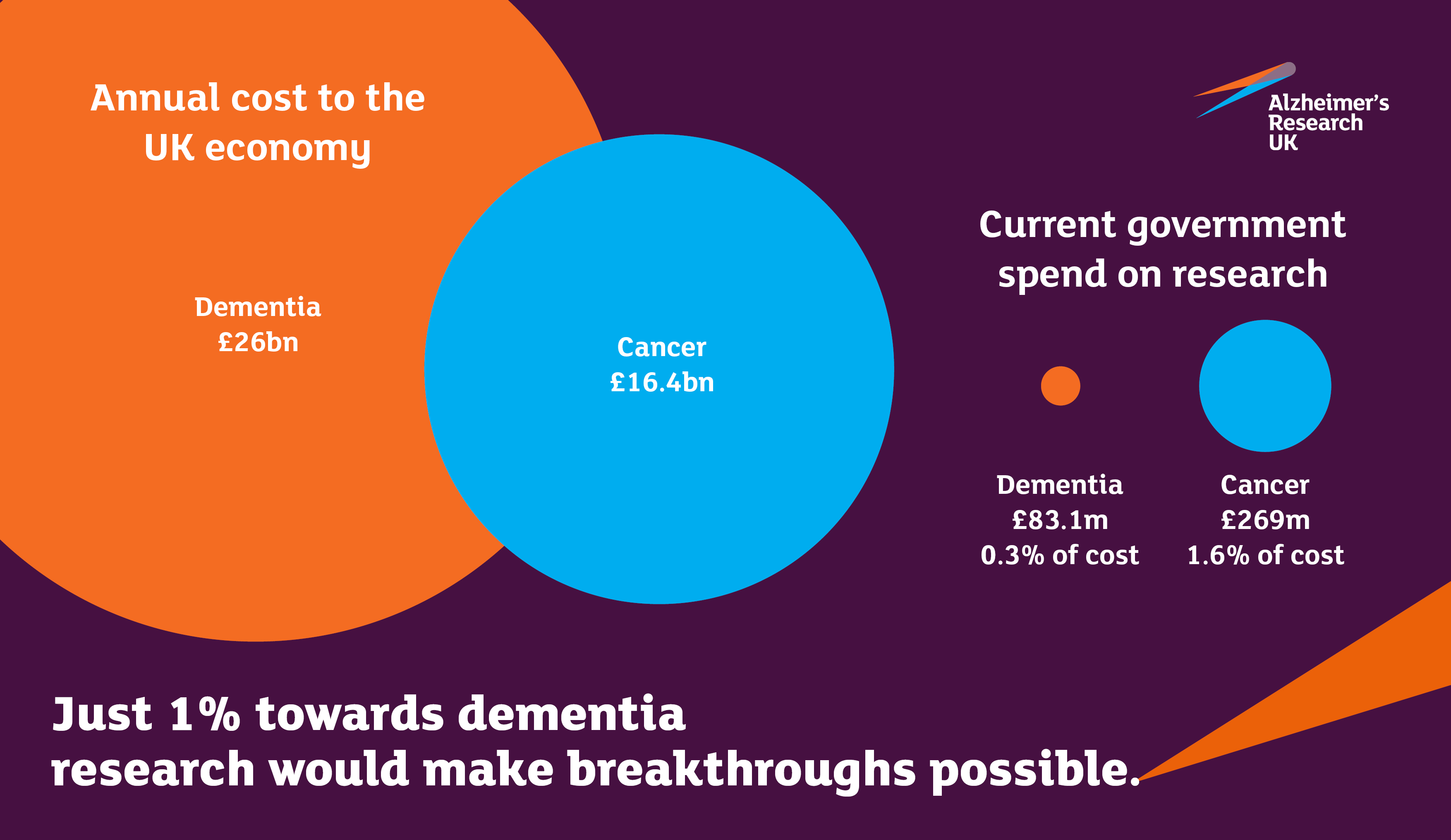 This funding would make possible work to strengthen research into treating dementia, detect the diseases that cause dementia sooner, prepare for future treatments, and begin to improve the lives of people living with the condition.

Health crisis of our time

We can no longer ignore the fact that dementia is the health crisis of our time.

It is the leading cause of death across the UK and with a million people expected to be living with the condition in just three years, we can’t afford to wait to make dementia a leading health priority. That time is now.

To read more about our action plan and to learn how to share this with your MP, go to www.alzheimersresearchuk.org/actionplan