It became obvious a few years ago that things weren’t right with my sister. There was the memory loss, the muddling up of people’s names, forgetting what she was about to do – things that afflict us all as we grow older. We laughed about it, I remember. 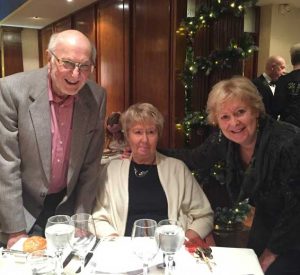 But gradually it began to get worse, until a doctor said he thought June might have the onset of dementia. Tests were run and two years ago – when she was 78 – it was confirmed that the doctor was right. 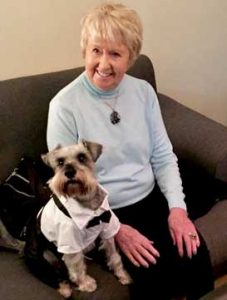 June and her friend Toby

I’m still not clear whether it’s Alzheimer’s or one of the many other manifestations of dementia – but I do know that I am witnessing a gradual loss of animation in a person who was always so full of life and joy.

The hardest thing for June, and for those who love her, is the realisation that she is aware of what is happening to her, and knows that there is nothing she can do about it.

We still laugh a great deal, and her courage and ability to live with such knowledge and still take pleasure in life astonishes me.

Perhaps the most difficult thing for us all is not knowing what the next step will be and how things will develop. She gets tired very easily now and her movements are greatly restricted, although we’re determined it won’t stop us going out for treats.

I felt I wanted something positive to come out of the experience we’re going through. Luckily, I have just finished writing my first novel, ‘The Trial of Marie Montrecourt’. It’s nothing to do with Alzheimer’s. Set in Edwardian England, it’s a tale of deceit and danger when a young girl called Marie Montrecourt – a prisoner of a past she knows nothing about – finds herself transformed from an innocent girl into the major player in a murder trial. 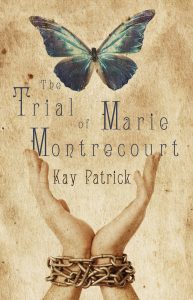 I began writing it long before we knew about June’s dementia. But as I finished it, I decided to use any money that I earned from the sale of the novel to support the work of Alzheimer’s Research UK. If through what is happening to June we can contribute in even some small part to help advance an understanding of Alzheimer’s and other dementias, and hopefully defeat them, then something positive will have been created out of a situation which could otherwise feel so negative.

In my mind, stimulus is important at this stage of the illness. The novel comes out tomorrow – 28 May 2016 – but my sister has an advance copy. She is reading it and remembering it and cares about it. To share that with her is in itself reward enough for me.

The Trial of Marie Montrecourt (£9.99) is available to buy on 28 May 2016 from Troubador, as well as Amazon, Waterstones and other bookshops. It is also available as an eBook (£3.99) from Amazon.

Find out more at www.kaypatrick.co.uk.

Kay Patrick is an actor and director from Stockport. After training at RADA, she acted in Doctor Who alongside William Hartnell and spent 20 years directing Coronation Street, leaving in 2015. Her sister was diagnosed with dementia in 2014. Kay has just written her first novel, 'The Trial of Marie Montrecourt', and is donating all of her proceeds to Alzheimer’s Research UK.
View all posts by Kay Patrick →

2 Responses to Writing for research